Opinion: All Parents Should Ban Their Children From Watching Big Brother Naija Season 5 This Period.

It is no news that popular show Big Brother Naija Premiered yesterday on The Gotv, Dstv and other channels.

This is a show where 12 to 21 contestants live in a house all by themselves and compete for a large cash prize worth worth up to (N60m) 60,000,000 Naira, and other material gifts, at the end of the show by avoiding being evicted from the house by viewers.

The first season of the show first aired on DStv Channel 37 from 5 March to 4 June 2006, whilst the recently concluded season four saw Mercy Eke being crowned the winner. Mercy a.k a Lamborghini also became the first female winner of the Big Brother Naija show in Nigeria.

However just like everything that that has a good side, there is as well a bad part. Many individuals and religious groups have accused the organisers of the show of promoting immorality. They said the show is pornographic and promotes sexual content.

For example in the last concluded season, Ike and Mercy had romantic entanglements in full view of the camera in what was clearly an attempt to go viral. This and other not so holy scenes were being aired on cable to Nigerian families and so just Imagine a child all alone at home, watching Tv with no parental guidance.

This coupled with the fact that most parents won't be home this period because they'd be struggling to put things together and earn money. This is because they've been recently out of work due to the total shutdown of all sectors. 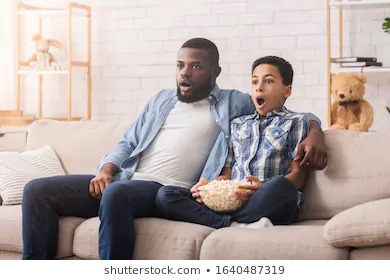 Also Kids of all ages are at home and there is nothing else they can do other than watch Tv shows all day. There is also every possibility that the youths who are in tertiary institutions, and are home due to the pandemic would rather than look for a job to sustain themselves this period, stay glued to a remote and the Tv watching Big Brother Naija.

While some individuals enjoy watching housemates engage in these activities, others fantasise about the body features of these housemates. The indecent behaviour and scenes on a TV show does not portray the good morals a youth should stand for.

Some people have gone as far as telling the federal government to ban the show, and example is one Professor Ishaq Akintola, Director, Muslim Rights Concern (MURIC) and One Pastor Felix Ajide of King Jesus Praise land Assembly. In my own Opinion, I think that since the government can't ban the show, Parents should ban their children watching it or parents should allow them watch the show under strict supervision.

More so I hope the organisers of the show place stringent rules on the housemates so as to avoid a repetition of what happened the last time.

I'm not against the show because although the platform has led to the discovery of talents in Nigeria, some Nigerians are of the view that sexual the interactions should be reduced to the barest minimum and I stand with them.

If these cannot be achieved, then I think its up to the parents to ban the show from being watched in their homes most especially if They've underaged kids.