PDP Recognizes Grace And Anointing, That Is Why They Appointed Me Quickly- Daniel Bwala

By B-GlobalGist (self media writer) | 3 days ago 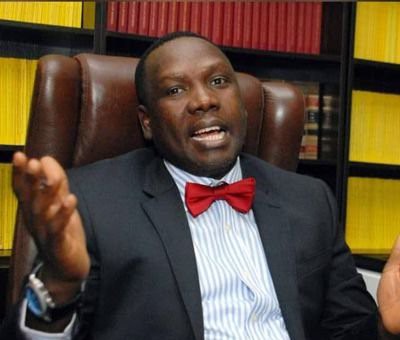 The newly appointed spokesperson of Atiku Abubakar, Daniel Bwala has just revealed why the people's democratic party did not hesitate to appoint him as the spokesperson of the Atiku's presidential campaign.

Daniel Bwala who made the remarks during an interview with the channels television as captured in this video,

noted that the people's democratic party recognizes grace and anointing as soon as they see one and that is the reason why they didn't hesitate to appoint him with the kind of speed they used.

You will recall that Daniel Bwala who became Atiku's spokesperson today had worked worked with the all progressives congress for 7 years before his defection to the people's democratic party.

Content created and supplied by: B-GlobalGist (via Opera News )