It would be recalled that Lionel Messi had played three (3) games for Paris Saint-Germain (PSG) without scoring a goal nor provided an assist. The Argentine ended his goal drought after scoring a stunning goal against Pep Guardiola side, Manchester City in the UEFA Champions League matchday 2. The French Ligue giant 2-0 victory over Manchester City has made the club top Group A table with four (4) points while the Citizens dropped to third. 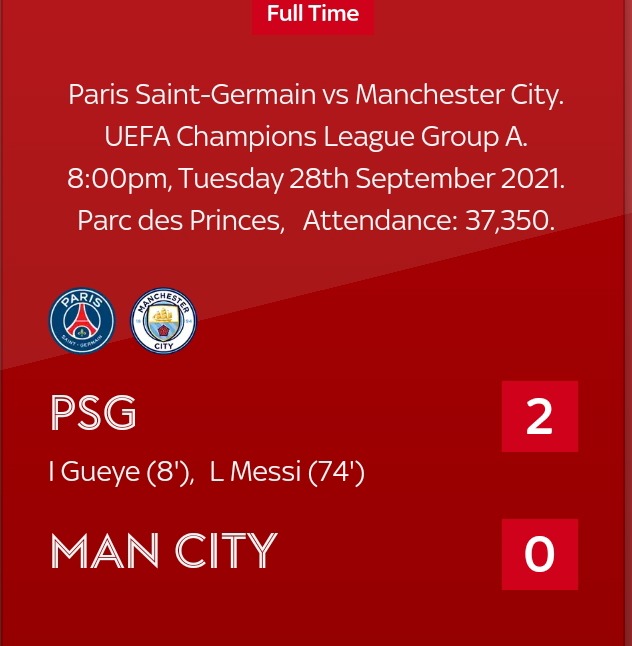 Lionel Messi has now scored one hundred and twenty-one (121) goals in the competition, fourteen (14) goals behind his closest rival, Cristiano Ronaldo. Having scored a goal against Manchester City, the Argentine captain goals against the English clubs he has played in the UEFA Champions League increased to twenty-seven (27) in thirty-five (35) matches, fifteen (15) more than any player in the history of the competition. 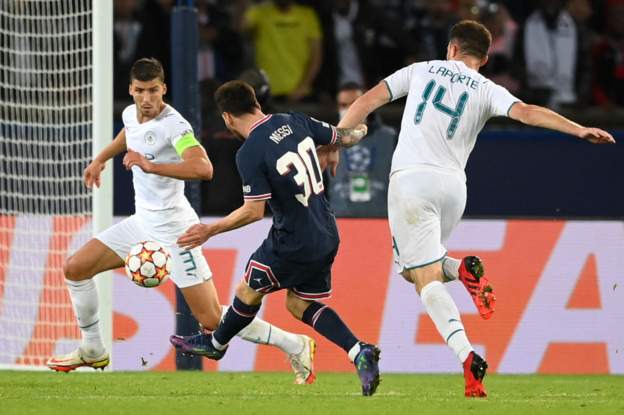 Lionel Messi 74th minute goal against Manchester City made him have scored in seventeen (17) consecutive UEFA Champions League seasons, equalling Real Madrid forward, Karim Benzema who also reached the milestone after scoring via a penalty in the club 2-1 defeat to Sheriff. 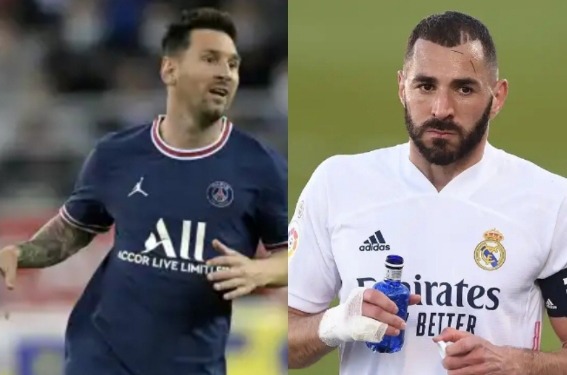 Karim Benzema goal was not enough for Real Madrid to either win or earn a point at the Bernabeu at Moldova club defeated the thirteen (13) times UEFA Champions League winner, Real Madrid by 2-1 goals to top the group table.

Also, this goal shows Lionel Messi has scored seven (7) goals in five (5) games against the clubs' Pep Guardiola has managed, becoming a threat and tormenting to his former coach.