(Video)Tinibu's first act as APC's flag-bearer was to go against the constitution-Sen. Elisha Abbo.

By Mianabel (self media writer) | 1 month ago

Senator Ishaku Elisha Abbo, the senator representing Adamawa North Senatorial District in Adamawa State, and also a member of the ruling All Progressive Congress, has stated that the first act of his party's presidential candidate, Asiwaju Bola Ahmed Tinibu was to go against the country's constitution. 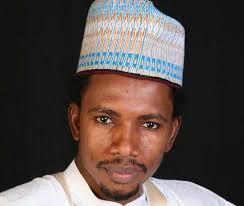 He said this in an interview with Arise News this morning when discussing Tinibu's decision to opt for a Muslim-Muslim ticket.

You may have by now learned that Bola Ahmed Tinibu has picked former Governor of Borno state, Kashim Shettima as his running mate ahead of the 2023 polls which have been drawing a lot of reactions from party members and rivals alike. 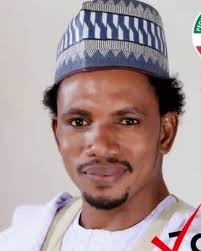 Speaking on Tinibu's choice to appoint Shettima as a running mate and run a Muslim-Muslim ticket, Senator Ishaku Elisha Abbo said that Tinibu's first act as the APC's presidential candidate was to go against the country's constitution(which he read out) by running a Muslim-Muslim ticket. He lamented that he can't be part of a Government that breaks its constitution after accepting that his party(APC) has failed to deliver what it promised Nigerians over the past seven years.

You can air your views on Sen. Elisha Abbo's statements after watching the interview below;

Content created and supplied by: Mianabel (via Opera News )