Lukaku, Odoi, Mendy, Chalobah & others react to Thiago Silva's post after his winning goal on Sunday

Thiago Silva was the man of the match as Chelsea produced a dominant display in Sunday's London derby to brush off Tottenham Hotspur by a whopping 3 goals to nil. After a frustrating first half of action, the veteran defender opened the scoring four minutes after the break with a glancing header from Marcos Alonso's perfectly crossed corner kick. Further goals from Ngolo Kante and Antonio Rudiger were enough to see out their cross city rivals in front of their home fans. 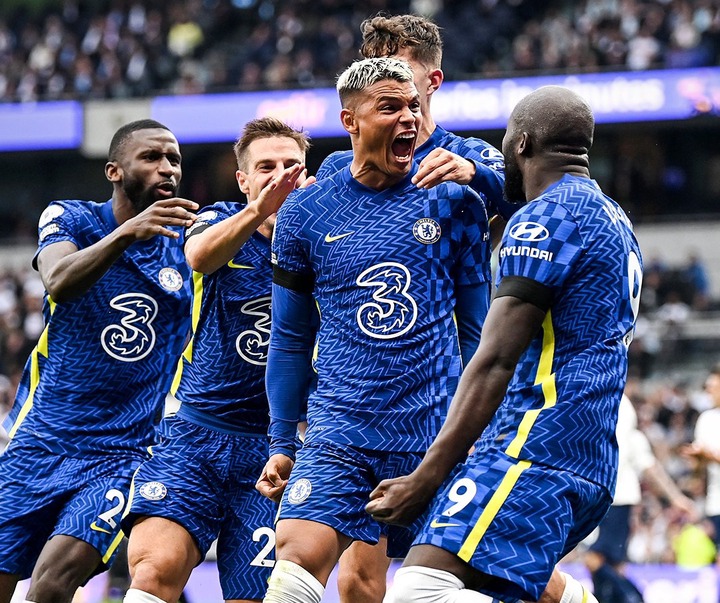 After the final whistle, the players continued their celebrations back in the dressing room and also took to social media to celebrate with their fans and followers. The man of the match, Thiago Silva was not left out as he congratulated everyone and also gave glory to God for the result.

“Congratulations to everyone for the great game!! Glory to God forever”, he wrote on his official Instagram page. 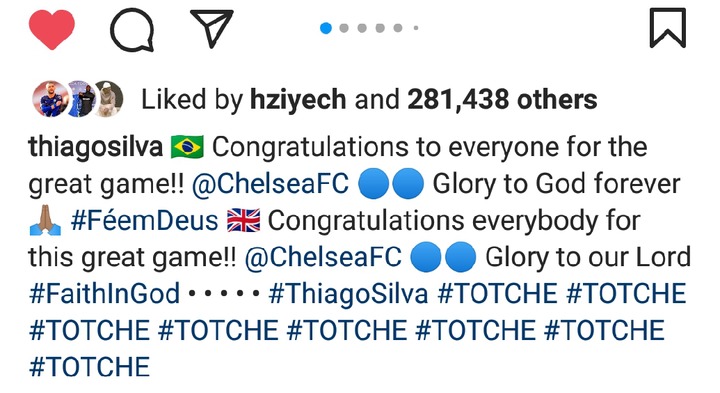 Ever since he made the post, it has been gathering some engagements from his teammates, friends, fans an followers on social media. Chelsea players like Edouard Mendy, Romelu Lukaku, Callum Hudson Odoi and Trevoh Chalobah all reacted to the post by Thiago Silva. Even his Brazilian team mate and Everton striker - Richarlison also commented alongside Jody Morris and a host of other people.

Here are some screen shots of the reactions to Thiago Silva's post below: 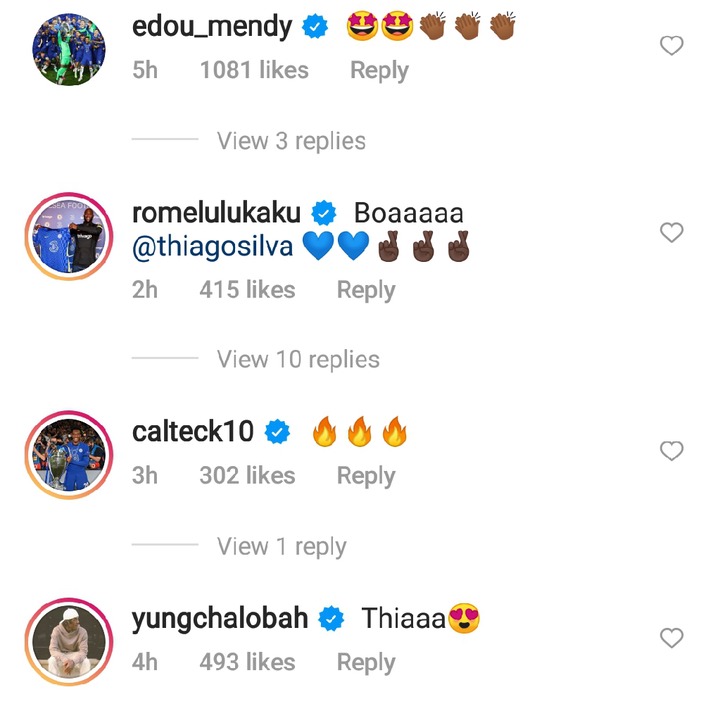 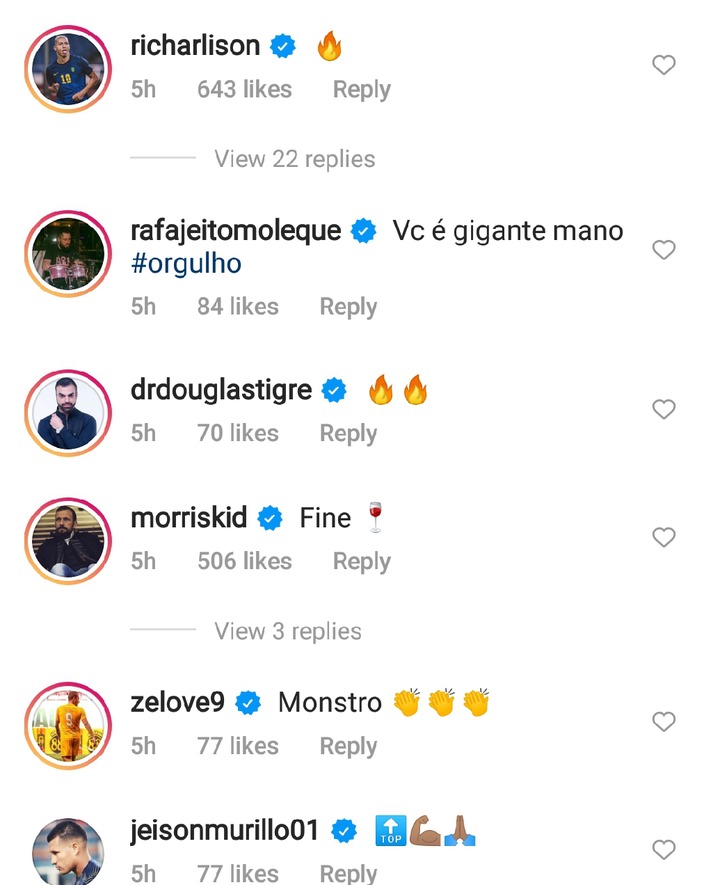 Chelsea's win at the Tottenham Hotspur stadium has now taken them to the top of the English Premier League table, level on 13 points with Liverpool.