OPINION: Nobody can bring down AKPABIO. History proves he is 'INVINCIBLE'

By Anequeen (self media writer) | 2 years ago 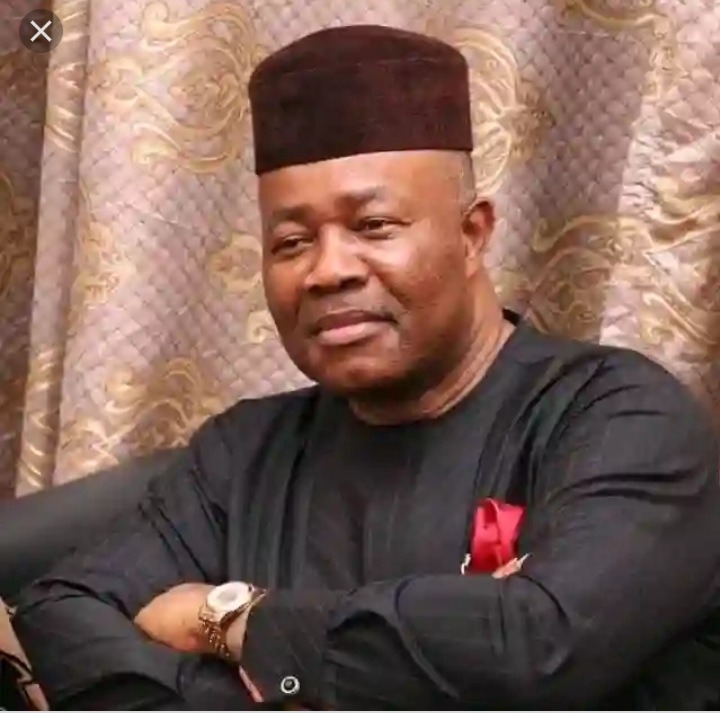 In my opinion, corruption is the most destructive element in any society. It's a deadly virus! It can decay the roots, destroy the life force of any fruitful society. Sadly, what really fuels it is greed(When one isn't contented with what he already has, wants more and more things to just himself)! Greed leads to money laundering, embelzelment, loot, favouritism, etc. Consequently, tackling and attempting to mitigate the spread of this deadly virus is/should be of supreme importance to any society who wishes to grow and progress. 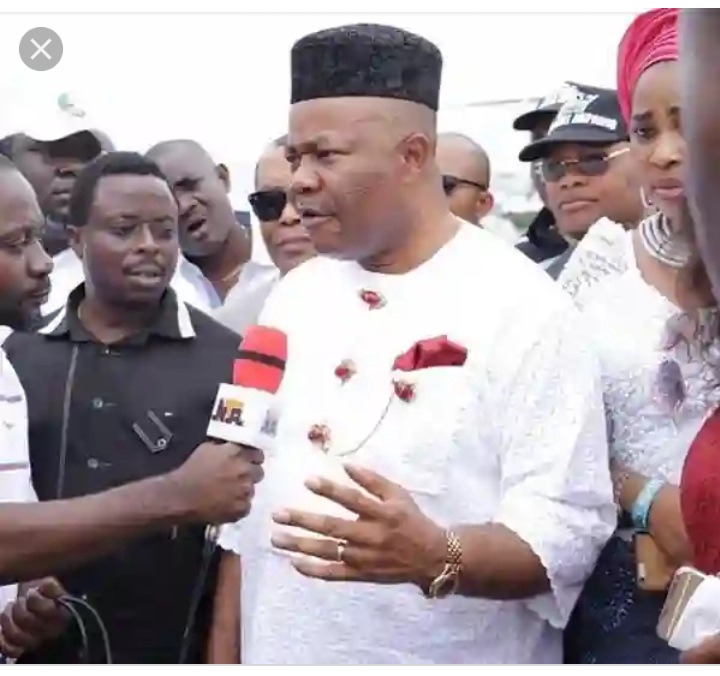 In Nigeria, for instance, we've seen some good attempts by the federal government(especially the government of the Buhari led administration) to put an end to corruption, even though, some critics do sometimes feel that the fight is partial, biased and political. They believe that the anti-corruption fight is compromised! If you ask them why they feel this way? They would say it's because they've 'seen' the government and her anti-corruption agencies appear to pet and accomodate 'teammates', some government officials whom the people perceive to be highly corrupt. One of such officials whom some people feel is 'spared' by the government is the current chairman of the NDDC, Chief Godswill Obot AKPABIO. If true, I feel that the situation of AKPABIO is beyond the game, beyond common comprehension. Could it be luck? Who is AKPABIO? 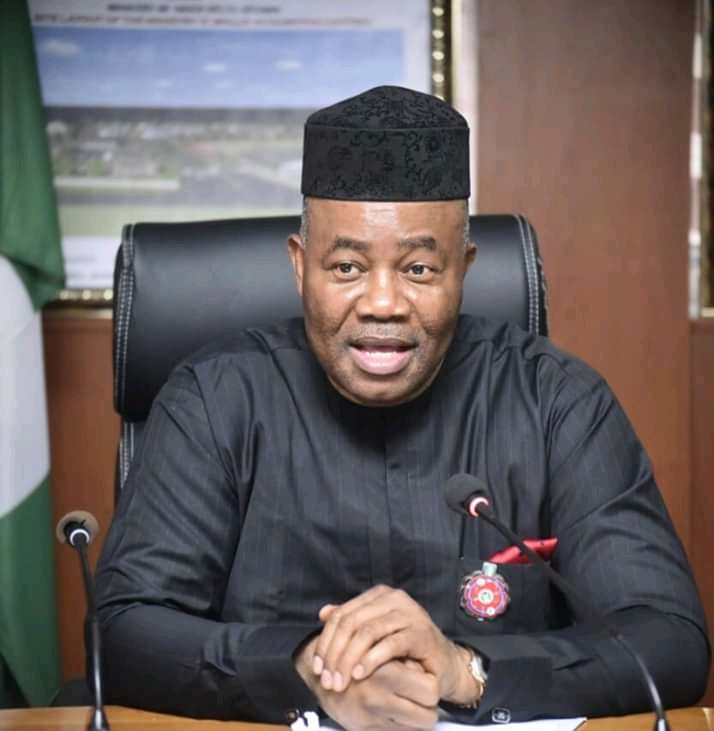 Godswill AKPABIO is one of those rare and powerful species in the Nigerian political space. From 2007 to 2015, Akpabio served as Governor of the southern, oil rich state of Akwa Ibom. He represented Ikot Ekpene senatorial district in the senate after his tenure as governor. He was Minority Leader of the Senate from 2015 to 2018. In August of 2018, Akpabio resigned the position of Minority Leader of the Senate after announcing his defection from the PDP to the governing APC(a move which was perceived by some political analysts as a strategy to avoid prosecution, by the party in leadership). On August 21, 2019, Akpabio was sworn in as Minister of the Niger Delta Development Commission (NDDC). This article will attempt to analyse allegations made against AKPABIO during his time in some of the above mentioned offices and the results. 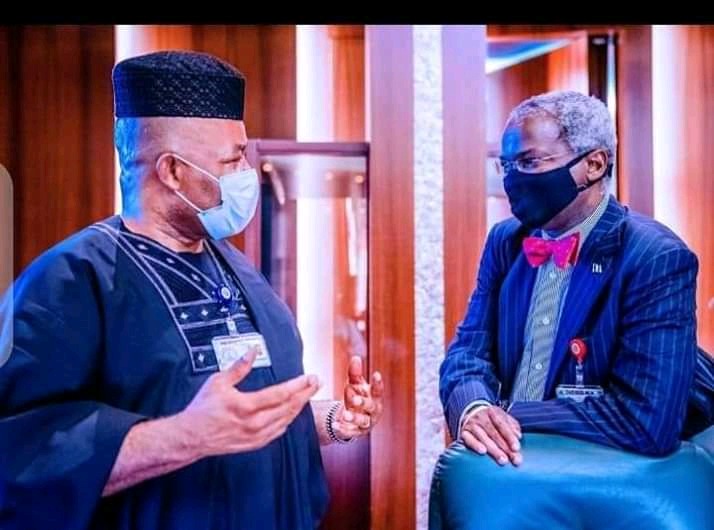 As governor of Akwa Ibom State(2007-2015), the state used to receive billions of naira in monthly allocations and was the envy of many other states, and the centre of national interest. The governor built Multi-million naira projects and state-of-the-arts facilities that made the state famous and a centre of attention. Also, while the governor, he empowered thousands of people, change the lives of many people, he was loved by millions and was branded, 'the uncommon governor'. Despite everything, he was accused of stealing billions of naira from the state treasury even by his ex-party men(who eat and dined with him), he was accused of abetting kidnapping, cultism, etc in Akwa Ibom State(I don't know if this was true or not). And the believe was that, when he leaves office as governor, he would be hunted by the EFCC. Naturally in Nigeria, this is mostly how it works: when a looter leaves power, he is investigated and persecuted few years later (it's almost like a culture). But three(3) years after office, we never for once heard that Akpabio was detained by the EFCC, though we heard rumours of invitation or investigation(but nothing more than that!) What exactly happened then? Does it mean he was innocent of those charges? In 2018, when Akpabio switched to the APC(lost an election in his senator district, surprisingly, he was appointed a Minister)! Most people said Akpabio switched because he feared being prosecuted by Buhari, and I ask the question: When did Buhari become president? 2015 right? Okay, so why didn't Akpabio switch in 2015? 2016? 2017? Today, Akpabio is in the APC, the ruling party and another big allegation has rolled in. As the Minister of the Niger Delta Development Commission (NDDC), one of the richest commissions in the country, Akpabio has been accused of looting billions of naira, and has even been accused of sexual harrassment by Mrs. Joy Nuien, ex-NDDC boss. We do not know if this allegation is true or not, but what we know is that the allegation will not stand. Why? It's because our history can be used to predict our futures and it could also be because of Akpabio's connection. Carefully looking at the history of Akpabio as regards allegations, you would agree with me that none of them has stood or led to his down fall. So high chances are, this one will not stand!  He will end up winning and conquering. In conclusion, this article is in no way support of corruption in any form(if someone is found guilty, such a person should be prosecuted). The article is simply using Akpabio's past realities to predict that he is almost invincible when it comes to allegations that try to pull him down(be him guilty or not). I don't know how he does it. It's important to note that his invincibility could be a result of his innocence, power or luck(Maybe he's too 'blessed' to be 'cursed'?). Whatever it is, what I am trying to say here is that so far in the history of Akpabio, no allegation has been able bring him down. It's like playing football without being booked(no red or yellow card), even though you may have kicked or injuried a player or two, if the referee didn't 'see' you, there is really no proof for suspension. Akpabio is indeed a fair player, maybe he is the Lionel Messi of Nigerian politics! What do you think?