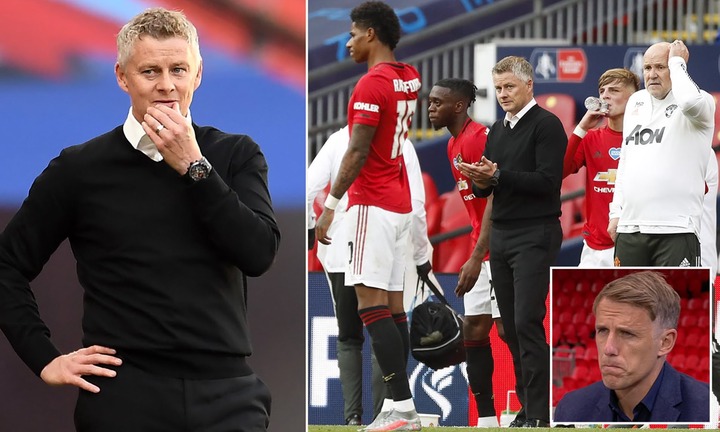 Manchester United lost to Chelsea for the first time this season when both sides clashed at Wembley on Sunday, for a place in the FA Cup final which will be played in August.

The unexpected loss to Chelsea not only knocked United out of the FA Cup, it also ended their 19 game unbeaten streak. They must now pick themselves up and win their remaining two Premier League games to ensure they finish in the top 4 this season.

Meanwhile a lot of fans are blaming Ole Gunnar Solskjaer and David de Gea for the loss. They blame Ole for changing from his usual 4-3-3 to a new 3-5-2 formation and also felt leaving a few of his best players on the bench was another mistake.

Chelsea dominated the game as United struggled to string a few passes together in the first half. But with all that dominance Chelsea couldn't find a break through until De Gea intervened and gifted Chelsea 2 easy goals.

United lost the game 3-1 and this didn't go down well with Man United legend, Phil Neville, he believes Ole got his set up and tactics all wrong in that semi-final match with Chelsea. 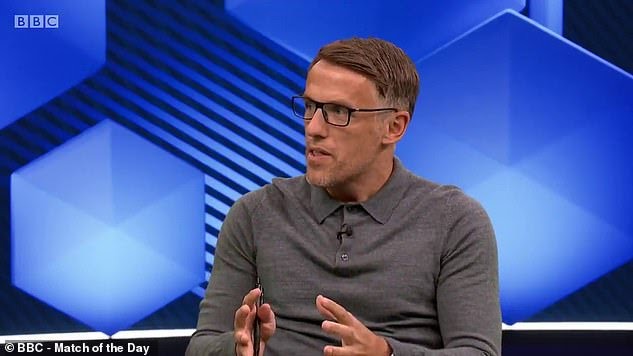 Speaking on BBC match of the day Phil Neville said: "I don't think United had a player on the pitch, maybe Fernandes, that played well. They looked tired and sluggish. I think Ole picked the wrong team and the wrong system."

Speaking about De Gea's performance he said: "He's unrecognisable from the player that won the player of the year awards." Phil Neville was right on what he said about De Gea as he had a shocking performance against Chelsea. Simply put, De Gea has long past his best and is firmly now on a decline. The question is how long United can endure till they tell De Gea, enough is enough.

Do you think Neville is right in what he said about Ole and De Gea, and do you think tiredness is a factor in that game?