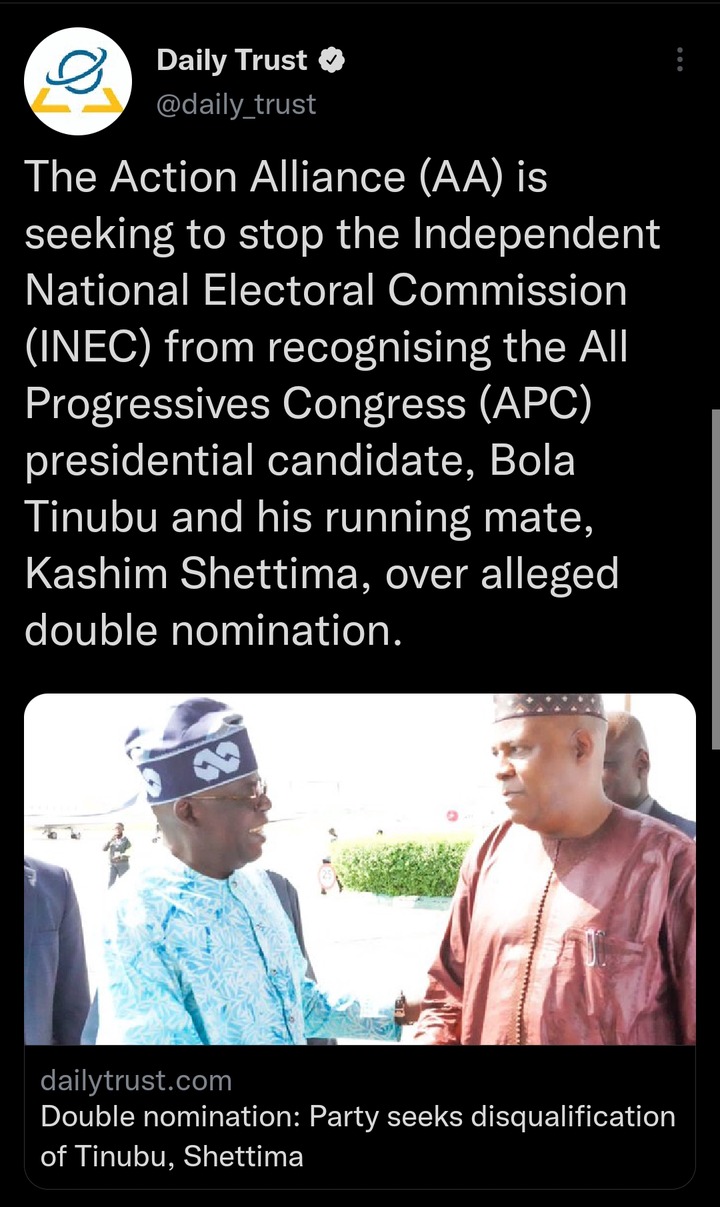 In the application before the Federal High Court in Abuja, the party asked that the APC be disqualified from the 2023 presidential polls because it nominated Shettima for more than one constituency in the 2023 general elections. 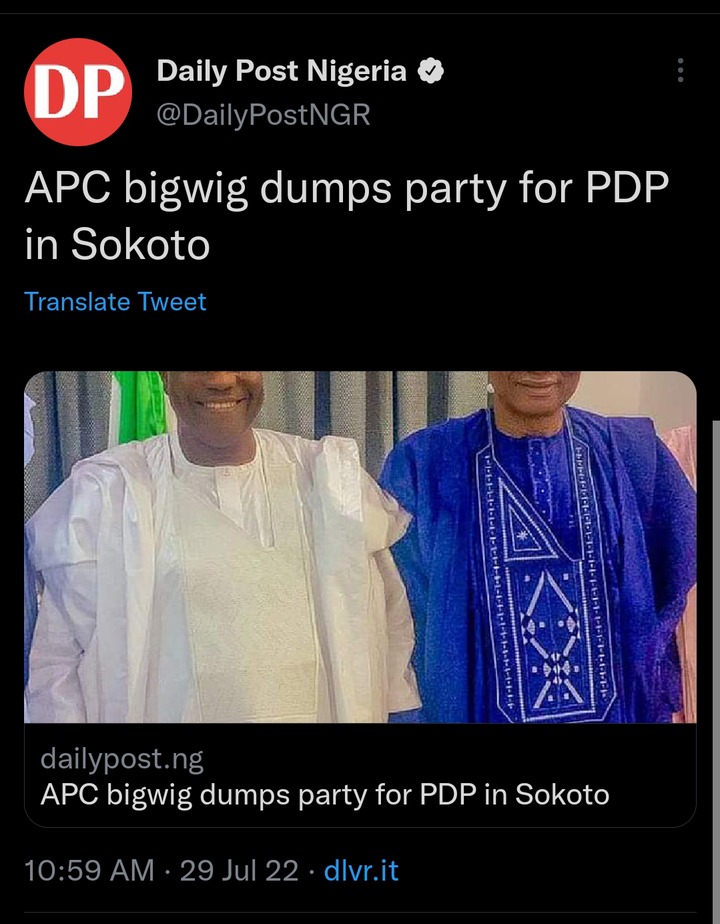 Sokoto State Governor, Aminu Waziri Tambuwal has received into the fold of the Peoples Democratic Party, (PDP) a chieftain of the All Progressives Congress, (APC), Hon. Dahiru Maishanu Yabo.

This was disclosed by Muhammad Bello, Special Adviser, Media and Publicity to Governor Tambuwal in a statement issued on Friday.

According to the statement, Yabo, a former Commissioner for Information, as well as Solid Minerals in the State, was received by the Governor, his Deputy, Manir Muhammmad Dan Iya, as well as the State PDP Chairman, Alhaji Bello Muhammad among other government officials at Government House, Sokoto on Thursday. 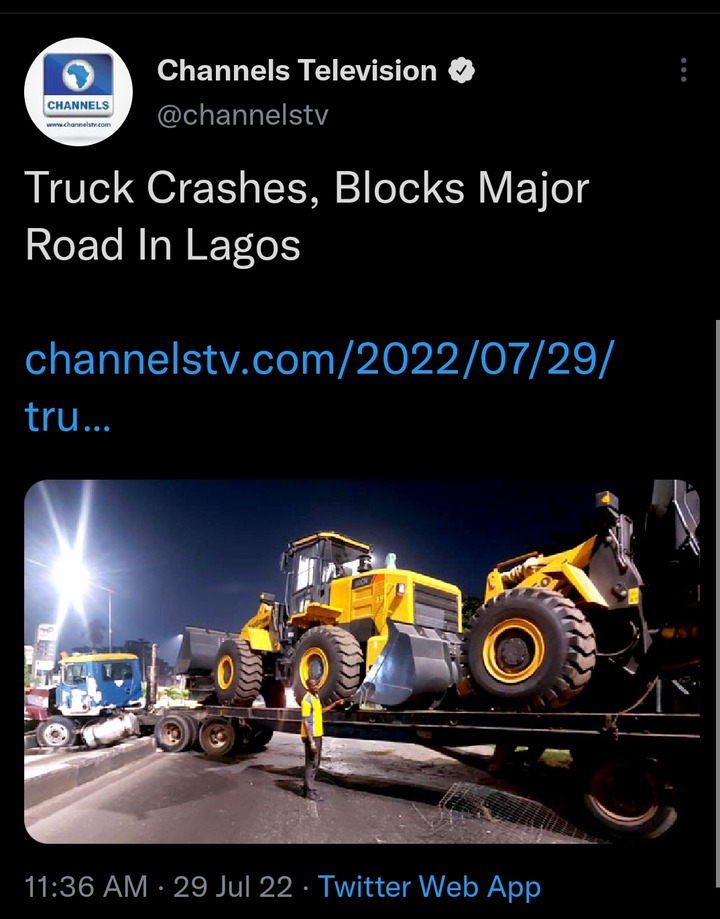 A heavy-duty truck involved in a lone accident has blocked a major road in Lagos, authorities of the agency managing emergencies in the state have said.

The Permanent Secretary of the Lagos State Emergency Management Agency (LASEMA), Dr Olufemi Damilola Oke-Osanyintolu, disclosed this in a statement on Friday.

Narrating how the crash took place, Oke-Osanyintolu who did not state the time of the incident said it occurred on the inward section of the Palmgrove – Obanikoro end along the poplar Ikorodu Road.

Atiku, PDP In Trouble As Thousands Of Borno Youths Declare Support For Tinubu 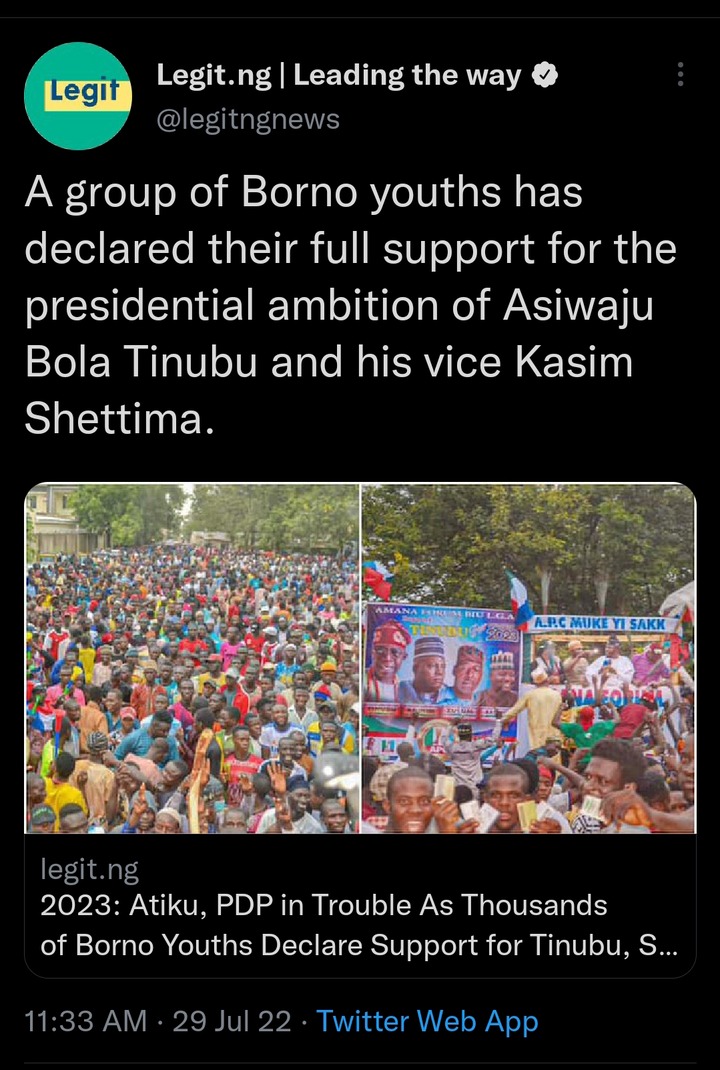 A group of youth called under the aegis of Amana Forum on Thursday, July 28, held a solidarity rally in Biu Local Government Area of Borno in support of the All Progressives Congress (APC) presidential candidate, Asiwaju Bola Tinubu and his running mate, Kashim Shettima.

Ahead of the 2023 election, a massive crowd shuts down the local government as youths in their thousands lined the streets in solidarity for Tinubu and Shettima, PM News reported. 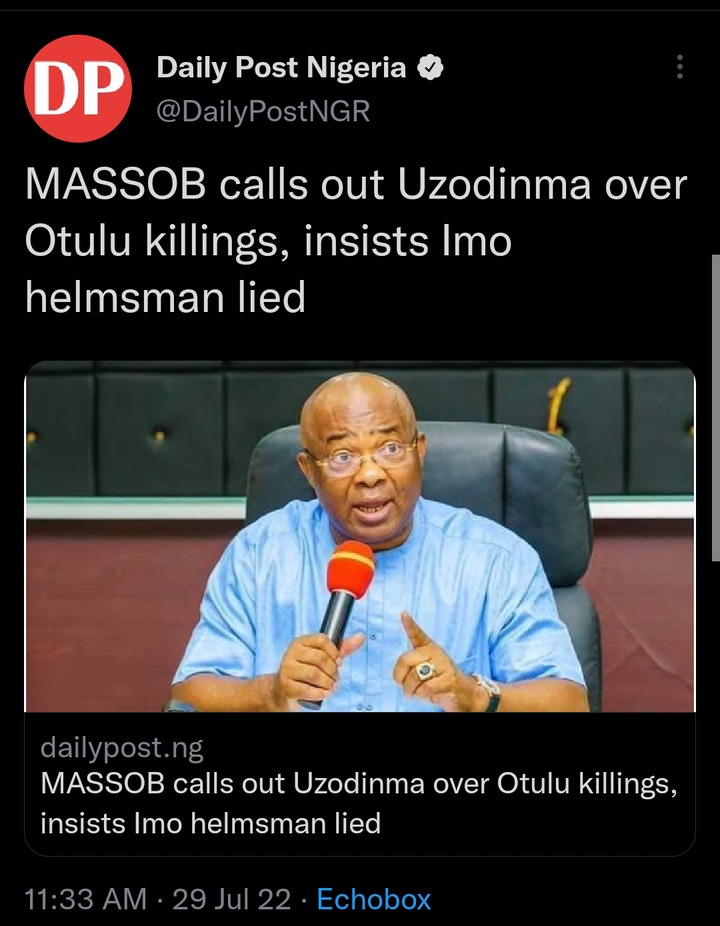 The Movement for the Actualization of the Sovereign State of Biafra (MASSOB), has called out the Governor of Imo State, Hope Uzodinma over the recent killing of innocent youths from Otulu town, in Oru East Local Government Area of the State.

DAILY POST had earlier reported that the ugly incident happened when the victims were going back to their community in Otulu in Oru East Local Government Area of the State.