Police: 2 Women, 7 Others Arrested For Various Crimes In Ekiti.

By Grabber (self media writer) | 9 days ago 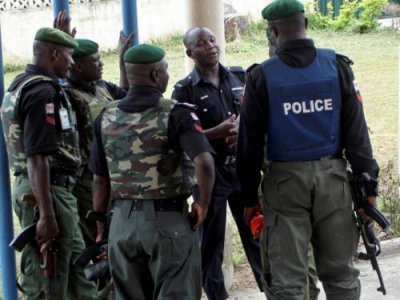 The Nigeria Police, Ekiti Command, on Tuesday paraded nine suspects, including two women, for their alleged involvement in various offences of murder, kidnappings, theft, conspiracy and possession of firearms.

The Command’s Spokesperson, Assistant Superintendent, Sunday Abutu, while parading the suspects before newsmen in Ado-Ekiti, said they were arrested by the operatives of the Rapid Response Squad led by Mr. Marcus Ogundola at different locations.

The News Agency of Nigeria reports that among those paraded is one alleged to be the ring leader of a kidnap syndicate (names retain), who was involved in the abduction of an Ekiti based petroleum dealer, Alhaji Suleiman Akinbami, sometimes in January this year.

The police spokesman listed some of the items recovered from the suspects to include: expensive women weavon, women attachments and cut to size local made guns, A 2019 Toyota Corolla, police uniforms, military vest, among others. 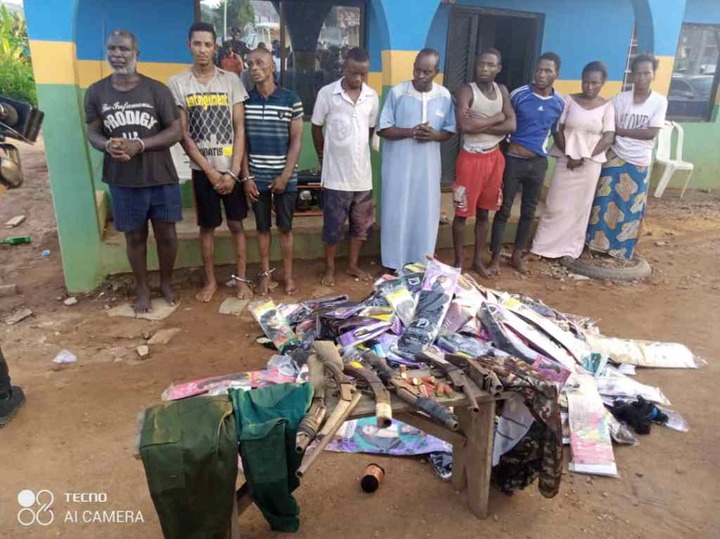 He commended other security outfits, including Army, NSCDC, Vigilance Group, and traditional rulers, for the assistance they rendered during the operation that led to arrest of the suspects.

He furthermore called on residents of the state to continue to give security personnel necessary information that would lead to the arrest of suspected criminals in the state.

Content created and supplied by: Grabber (via Opera News )