By MbuyaziEmmanuel (self media writer) | 24 days ago

Three former states governors are serving jail terms for corruption and embezzlement of public fund while in office. Joshua Dariye, former governor of Plateau State is serving 14 years since 2018; former Governor Jolly Nyame also has been jailed since 2018; then there's the former governor of Adamawa State James Bala Ngilari who is serving five years jail time he was sentenced in 2017 for N167 million theft. While these governors are serving their sentence, someone who is supposed to be in jail too has been declared technically "untouchable" by the EFCC. 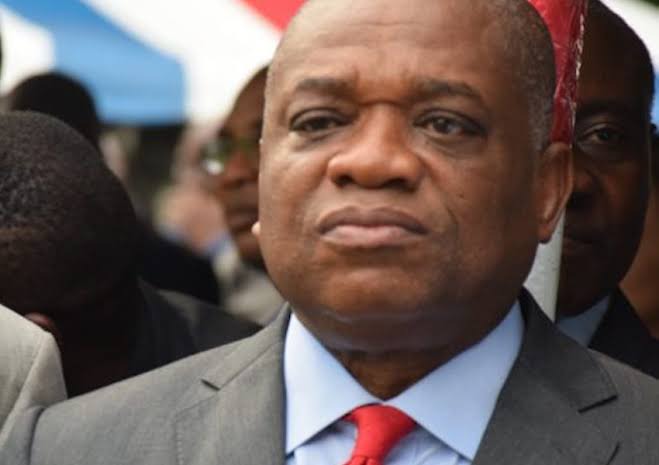 According to a ruling today, September 29, by Justice Inyang Ekwo of the Federal High Court in Abuja, the EFCC has been banned from retrying former governor Orji Uzor Kalu of Abia State of N7.1 billion in which he was convicted of looting by a Lagos based High Court in December 2019. The EFCC secured the conviction against Kalu, and the former governor was imprisoned at the Kuje Correctional Centre in Abuja. But after serving only six months, on May 8, 2020, the Supreme Court of Nigeria nullified the conviction and set Orji Uzor Kalu free based on errors in legal technicalities that provided a loophole for the former governor to wriggle free. Since then, the EFCC had decided to build up their case for the commencement of a retrial of Senator Orji Uzor Kalu. But the former governor has achieved another victory against them again.

Since 2007, Orji Uzor Kalu has been under the EFCC radar but today's Justice Inyang Ekwo's ruling has rendered him untouchable by the EFCC (Image: AIT News)

With today's ruling, the EFCC cannot come after Kalu again to try him based on the allegations of which they had earlier prosecuted and had him convicted. The EFCC accused Orji Uzor Kalu in connivance with former Abia State Commissioner of Finance, Ude Jones Udeogu, of N7.1 billion theft. They secured a conviction and Kalu was sentenced to 12 years imprisonment. Justice Inyang Ekwu in his ruling today said: no person who shows that he has been tried by any court of competent jurisdiction or tribunal for a criminal offense and either acquitted or convicted, shall he tried for that offense [again]...." 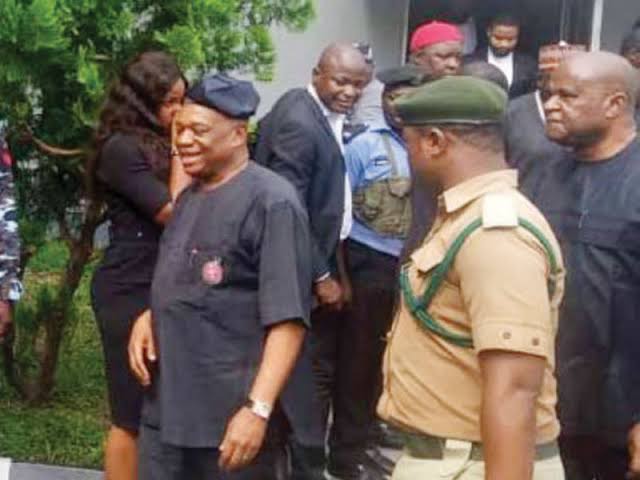 By this ruling, the EFCC cannot again put Orji Uzor Kalu on trial for the embezzlement of Abia State funds to the tune of N7.1 billion. As far as the case is concerned, Orji Uzor Kalu is untouchable by the EFCC. The Eagle can see the rodent but it can't catch it. If the EFCC wants Kalu, they should unearth new and different charges to prosecute him. 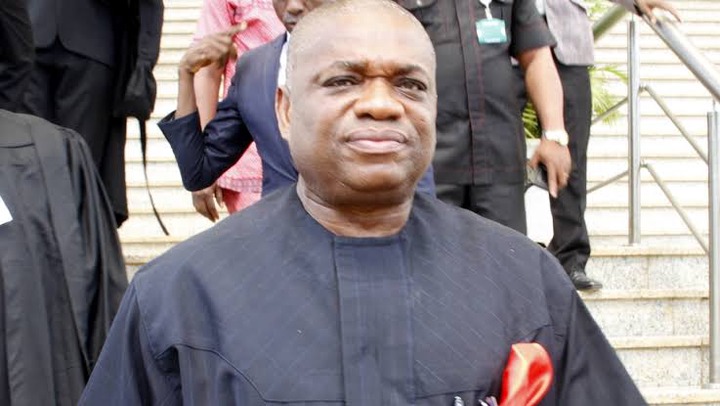 Chief Orji Uzor Kalu's victory is not a victory for the judiciary and law enforcement, it is rather embarrassing to the courts who in their negligence created a loophole for the former governor to wriggle out to freedom, and for also providing the legal cloak that immune him from further prosecution from the crimes he was ones convicted for. The EFCC too must share in the blame, their legal team failed to spot the gab that the former governor and his legal team will exploit and set him loose and free. As it is, Orji Uzor Kalu is untouchable while former governors who like him embezzled public fund serving various prison terms.