By TORIOLATOHEEB | self meida writer
Published 28 days ago - 272 views 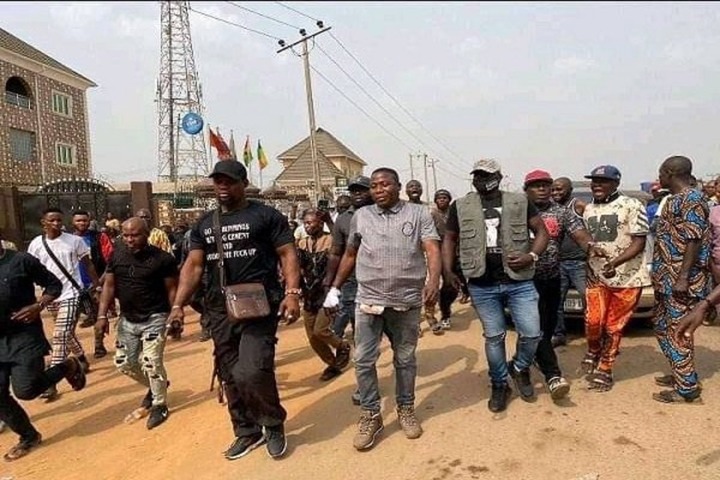 He arrived in the state with a passion to drive out the nomads in the state as he did in Oyo State where the house of the Sarkin Fulani was vandalized.

He said that they must fight the Fulani to put an end to terrorism and violence against his fellow Yoruba, and he has supporters

A Yoruba freedom fighter, Sunday Adeyemo, popularly known as Sunday Igboho, has arrived in Ogun State saying he was visiting to drive out herdsmen.

Igboho has appeared in the news giving herdsmen in Ibarapa area of ​​Oyo State a deadline to evacuate. The palace of the Fulani chief was then attacked. 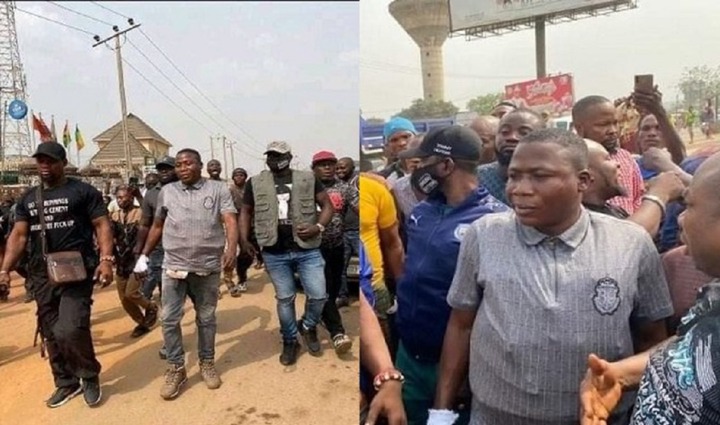 Igboho explained to the reporters why he come to Ogun State.

He said in an interview that he had gone to seek redress for his family members as a result of the Fulani killings.

According to him, the Fulani must leave the Yoruba region for peace and security. He said they would cross Yewa to fight the Fulani who were harassing the Yoruba people of Ogun State.

He also appreciate the Yoruba people who supported him and the governor of Ogun State for his love for his people.

The Speaker has broken an egg, Boko Haram has been in control of Borno State for 3 years, no one has been killed

Failure to impose sanctions: Court sentences 100 to life in Abuja

Police successfully killed a professional gunman during an exchange of fire

The 6-month-old dog for sale at N1.1m has sparked controversy on social media

african china songs faac june 2019 phyno ft duncan mighty samsung a50 specs too late by mr p
Opera News is a free to use platform and the views and opinions expressed herein are solely those of the author and do not represent, reflect or express the views of Opera News. Any/all written content and images displayed are provided by the blogger/author, appear herein as submitted by the blogger/author and are unedited by Opera News. Opera News does not consent to nor does it condone the posting of any content that violates the rights (including the copyrights) of any third party, nor content that may malign, inter alia, any religion, ethnic group, organization, gender, company, or individual. Opera News furthermore does not condone the use of our platform for the purposes encouraging/endorsing hate speech, violation of human rights and/or utterances of a defamatory nature. If the content contained herein violates any of your rights, including those of copyright, and/or violates any the above mentioned factors, you are requested to immediately notify us using via the following email address operanews-external(at)opera.com and/or report the article using the available reporting functionality built into our Platform