By RealityWriter (self media writer) | 18 days ago

It is not a strange thing to see most men leave their cellphones in the pocket of their trousers, considering the fact that they do not have a handbag that they carry along with them when they move from one place to another, same way most women do. Even though it is not totally wrong for a man to have his cellphone kept in the pocket of his trouser, it has health implication on the men.

According to a report that relayed the outcome of a research carried out on the link between men's reproduction and the use of cellphones, it was discovered that, when a man put his handset in the pocket of his trouser for hours, it can result to Infertility. 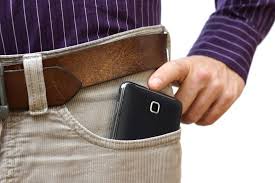 While revealing the health danger of leaving cellphone in the pocket of a male trouser, the report further added that, a man's testicle can be exposed to the radio frequency and electromagnetic waves emitted from the handset. Consequently, it can affect the quality of the semen.

In addition, the research listed some areas where the quality of the man's semen can be damaged to include the following:

1. Semen motility. This refers to the movement of the semen. Needless to say, a man's semen is capable of swimming and moving to the fallopian tube where the released egg from the ovary during ovulation will wait for fertilization. During the experiment, it was ascertained that the semen exposed to the cellphones could not swim fast. 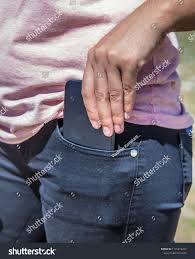 2. Semen viability. This refers to the activeness of the semen. It was discovered that, the semen exposed to the cellphones used for the experiment were having low percentage of viability. In other words, when a man put his phone in his pocket for long and it come in direct contact with the testes, it can affect the amount of active semen in his system.

In the same vein, a revelation was made about laptop. According to the report, it is not advisable for a man to carry his laptop on his laps when he is using it because the heat from the battery can cause damage to the testes.

Did you get value from this article? If yes, share it with your male friends and loved ones.