By Kingsnews (self meida writer) | 1 months

It has been gathered from a reliable source, that a former Chief of Army Staff (COAS) under the former President Goodluck Ebele Jonathan administration, Lieutenant General Onyeabo Azubuike Ihejirika Has officially joined the ruling All Progressives Congress APC. 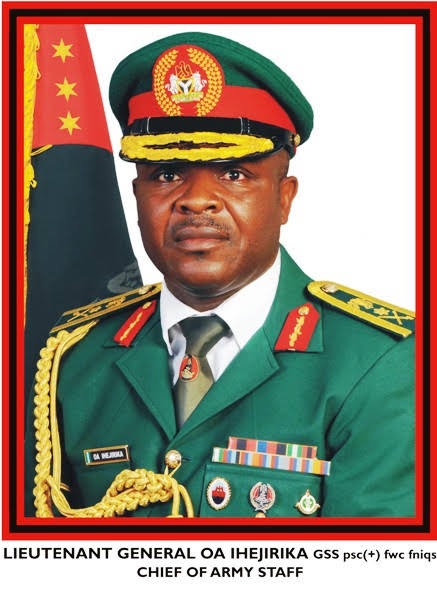 It was gathered from a report that the Director General, Press, and Media Affairs to Governor Buni, Mamman Mohammed who disclosed this in a statement on Friday said, "Gen. Ihejirika  Was officially presented to the Chairman by the Jigawa State Governor and Chairman APC strategy and contacts Committee Alhaji Abubakar Badaru and Honourable Farouk Adamu Aliyu."

Mai Mala Buni quoted saying that "the coming of Azubuike Ihejirika will increase the fortunes of the party in Abia State and the people of the South-East generally."

He went further to say that this is a great moment for the party as the General and other sons and daughters of the region are coming into the party to deliver the region and bring the South East is closer to the centre. "we look forward to more of APC presence in the South East.

Party sources also said that the former Army Chief is an ally of Senator Orji Uzor Kalu and that he is being positioned for the Governorship of the Abia State in the next coming general election.

We Only Have Four Passport Colors in the World, and Here are The Reasons Why

"Today, my wife and I dedicated our daughter, Ebele to God at the Ethiopian Orthodox church" -Reno

Nyleen Ashley, Nicki Minaj, Cardi B and Kim Kardashian, Who Is The Most Beautiful In Swimsuit?