She will always give as long as you ask; How we have the world bank

The actual reason the world bank was created is sometime overlooked upon and truth be told it hasn't achieved much of it's goals. Some see it as a place poor countries get some money or a way corrupt leaders steal money from their country. Either the first or the later has nothing to do with this article. It's too understand why the world bank will always give loans out. Founded in 1944, the World Bank back then was known as the International Bank for Reconstruction and Development,

international organization affiliated with the United Nations (UN) Headquartered in Washington, D.C.,. Originally, its loans were to help rebuild countries devastated by World War II. In time, the focus shifted from reconstruction to development, with a heavy emphasis on infrastructure such as dams, electrical grids, irrigation systems, and roads. The World Bank officially began operations in June 1946. With the founding of the International Finance Corporation in 1956, the institution became able to lend to private companies and financial institutions in developing countries. And the founding of the International Development Association in 1960 put greater emphasis on the poorest countries, part of a steady shift toward the eradication of poverty becoming the Bank Groups primary goal. 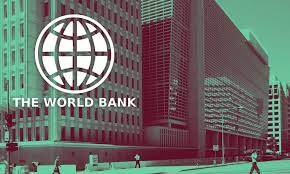 The subsequent launch of the International Centre for Settlement of Investment Disputes and the Multilateral Investment Guarantee Agency further rounded out the Bank Groups ability to connect global financial resources to the needs of developing countries. The World Bank is related to the UN, though it is not accountable either to the General Assembly or to the Security Council. Each of the banks more than 180 member states are represented on the board of governors, which meets once a year. The governors are usually their countries finance ministers or central bank governors. Although the board of governors has some influence on IBRD policies, actual decision-making power is wielded largely by the banks 25 executive directors. Five major countriesthe United States, Japan, Germany, the United Kingdom, and Franceappoint their own executive directors.

The other countries are grouped into regions, each of which elects one executive director. Throughout the World Banks history, the bank president, who serves as chairman of the Executive Board, has been an American citizen. The IBRD provides loans at market rates of interest to middle-income developing countries and creditworthy lower-income countries. The IDA, founded in 1960, provides interest-free long-term loans, technical assistance, and policy advice to low-income developing countries in areas such as health, education, and rural development. Whereas the IBRD raises most of its funds on the worlds capital markets, the IDAs lending operations are financed through contributions from developed countries. The IFC, operating in partnership with private investors, provides loans and loan guarantees and equity financing to business undertakings in developing countries. 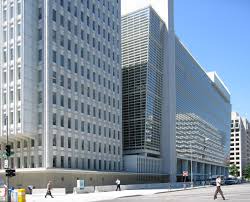 Over that time, the World Bank Group the worlds largest development institution has worked to help more than 100 developing countries and countries in transition adjust to these changes by offering loans and tailored knowledge and advice. The Bank Group works with country governments, the private sector, civil society organizations, regional development banks, think tanks, and other international  institutions on issues ranging from climate change, conflict, and food security to education, agriculture, finance, and trade. All of these efforts support the Bank Group goals of ending extreme poverty by 2030 and boosting shared prosperity of the poorest 40 percent of the population in all countries.