By RelationshipTalks05 (self media writer) | 19 days ago

Jules Kounde has been ruled out of a move to FC Barcelona by the Catalans, who believe he has already signed for Chelsea. 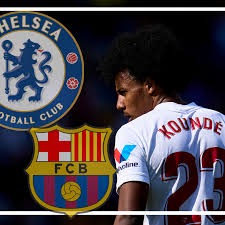 Xavi Hernandez's only remaining goal in the current transfer window is the French defender, after the Blaugrana secured the signings of Leeds United's Raphinha and Bayern Munich's Robert Lewandowski last week. When it was announced on Friday morning that the Catalans had activated their second $400 million economic lever, it gave hope that both Bernardo Silva and Kounde may be on the Catalans' wish list soon enough.

After being questioned by a teenage fan if Barcelona would be interested in signing Kounde when the Barca delegation arrived in Las Vegas ahead of their next friendly against arch rivals Real Madrid on Sunday, president Joan Laporta ruled out an approach. There is no Kounde in this story, Laporta insisted. According to him, "Chelsea" has signed him.

This development comes after it was assumed that Kounde was holding out for Barca to approach him, as was previously seen with Raphinha when Chelsea made an official offer for the Brazilian that was accepted by then-club Leeds United when they decided to travel to Portugal with Sevilla for their own preseason commitments.

According to reports, Kounde and his representatives have been informed by Barcelona to wait for them, and they want to match the Premier PINC League giants' offer for him, which stands at around £55 million ($66 million). On the other hand, Kounde is claimed to have been promised a salary of around €12mn ($12.2mn) per year by the west Londoners. 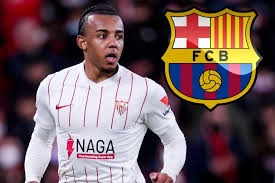 For example, Barca is willing to pay Jules Kounde half of Ousmane Dembele roughly €6-7 million ($6.1-7.1 million), which is what Ansu Fati and Pedri are presently earning. Despite the fact that Barca may yet carry off the coup, Kounde has to decide whether or not he wants to take the more lucrative economic deal or a bet on Xavi's sporting project.