LIV Vs MAN: 2 Terrible Mistakes Made By Pep Guardiola In Today's Match

By OkworMaxwellNews (self media writer) | 9 days ago

Since the inception of this season, no match could be compared to today's match between Liverpool and Manchester City. The match was quite tough as well as interesting. Most players were seen on the pitch demostrating their skills as well as physical strength. The match was kicked off by Liverpool at King Power Stadium. 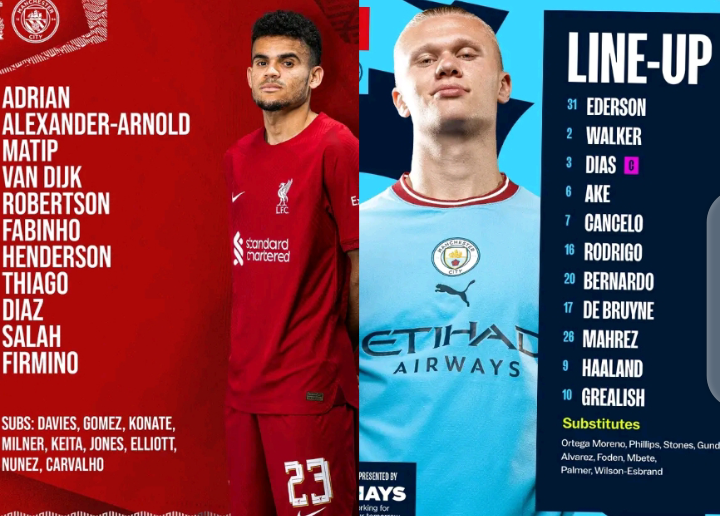 Shortly after the kick-off, different interesting moments started coming up. Liverpool were strong enough and were with the ball for over 5 minutes. Many Manchester City players started wondering if they could actually win the match. At the 21st minute, the Liverpool superstar Arnold scored a wonderful goal with his right foot. They jubilated, went back to the pitch and continued their oppression. Luckily for Manchester City, Alvarez also equalised the match at the 70th minute. The match was a draw until the 83rd minute when Mohamed Salah reacted by scoring another goal from a penalty kick for Liverpool. The enthusiasm of most Manchester City players began to wane as they believed that they are gradually losing the match. Four minutes after extra time was added, Darwin Nunez the newly signed striker scored another wonderful goal with his head. They finally won the match with 3 goals.

From critical analysis, it is obvious that one of the greatest mistake made by Pep Guardiola that led to their waterloo today was his substitutions. He could have started the match with elegant, skillful and tactical players like Darwin Nunez who was recently signed. Assuming he used such newly signed players when the match started, they could have performed incredibly because they will like to struggle hard to showcase their actual worth on the pitch. Players like Konate and Gomez could have started the match initially. When the match was getting tough in the late first half, he could have substituted them to contribute positively since there is still time to equalise the game.

Although his formation was not a that bad but he could have used more defensive midfielders since they are facing a strong team. His wingers need to improve seriously and his defenders should embark on serious strength training.