Today's Headlines: I Am Ready To Sacrifice For Nigeria's Survival -Peter Obi, PDP Set To Meet Wike Other Aggrieved Members

By Gisthour (self media writer) | 6 days ago

I Am Ready To Sacrifice For Nigeria's Survival -Peter Obi 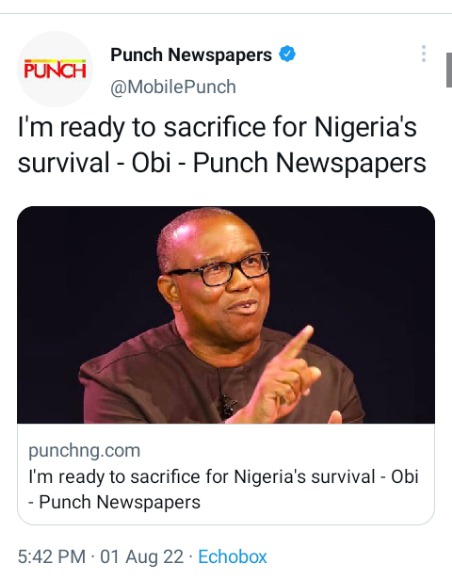 The Presidential candidate of the Labour Party, Peter Obi, has reiterated his undying love for Nigeria and his unalterable belief in its indivisibility.

In a virtual interactive session with more than 1,000 members of his foremost support group, the Peter Obi Support Network, Obi expressed confidence that Nigeria can and will come out of the woods of failed political leadership. 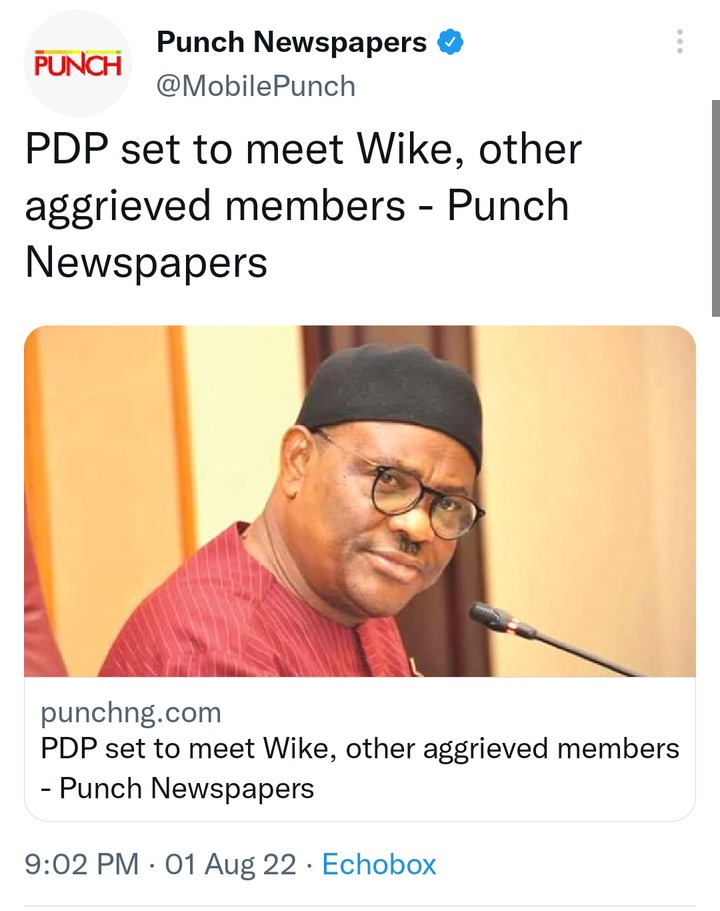 The Board of Trustees Chairman of the Peoples Democratic Party, Senator Walid Jibril Monday, said all plans were on ground to bring all party members, including Rivers State Governor, Nyesom Wike and other aggrieved members together, ahead of the 2023 general elections in the country.

All has not been well with the main opposition party following the presidential primary election which produce former Vice-Preisent Atiku Abubakar as the flag bearer of the party ahead of the 2023 general elections in the country. 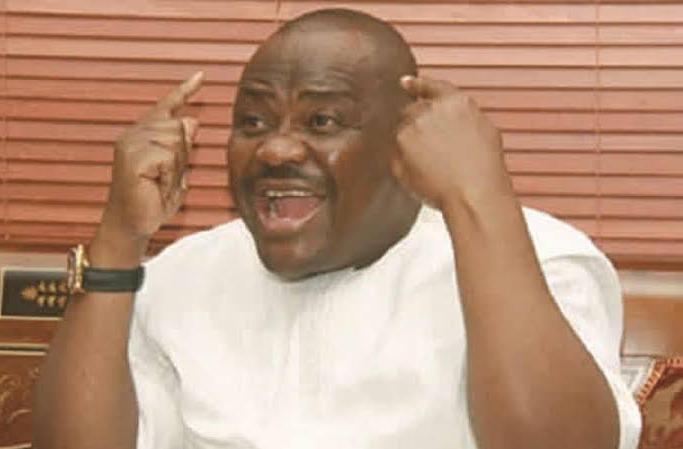 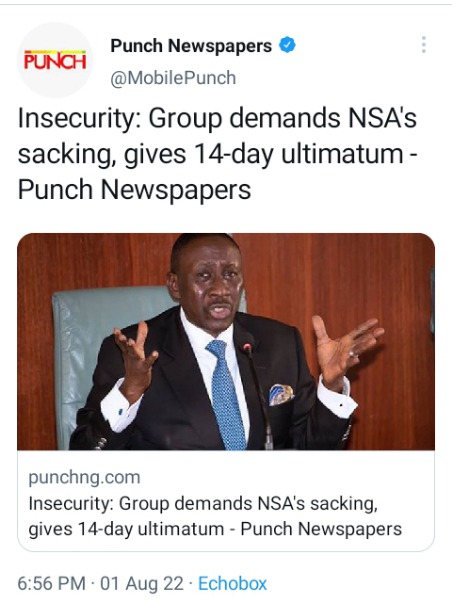 A group, the Arewa Youth Assembly, on Monday insisted that the National Security Adviser, Major-General Babagana Monguno, be relieved of his position over the intractable insecurity across the country.

The group, therefore, handed down a 14-day ultimatum for President Muhammadu Buhari to sack the NSA or the organisation, comprising youths from the 19 Northern States and Abuja, would be forced to occupy the NSA’s office. 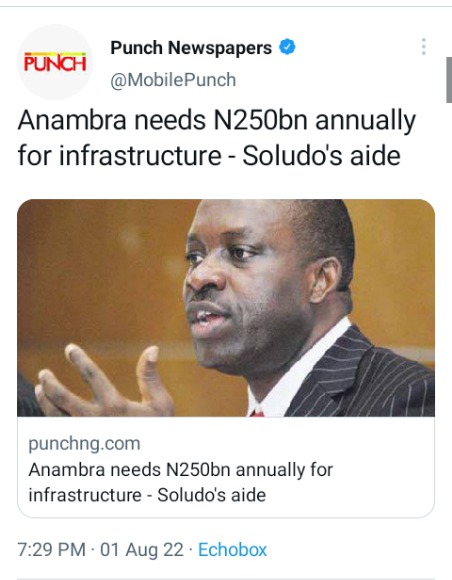 The Anambra State Government has said that about N250 billion is needed annually to put in place infrastructural projects required to build the state into a livable homeland.

Christian Aburime, the Chief Press Secretary to the Anambra State Governor, Prof. Chukwuma Soludo, who disclosed this, stated that the figure was based on the governor’s calculation and projection before coming into office. 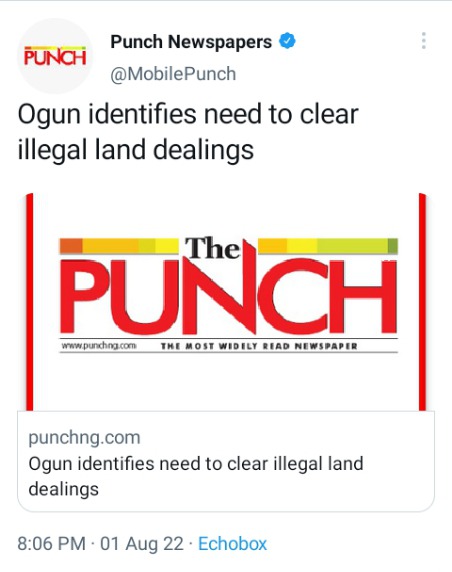 The Attorney-General and Commissioner for Justice in Ogun State, Mr Oluwasina Ogungbade (SAN), has said there is a need to clear all illegal land dealings in the state to pave way for economic development and create a conducive environment for investors to thrive.

A statement said Ogungbade disclosed this at the inaugural public sitting of the Judicial Commission of Enquiry on Land Allocation and Documentation, at the Ministry of Justice Conference room, Oke-Mosan, Abeokuta.