A man who is from Niger Republic has been arrested in Ghana after he was found at an airport in the country with 656 Automated Teller Machine (ATM) cards belonging to banks in both Nigeria and Ghana which he wanted to take to Dubai, the United Arab Emirates.

The man, who gave his name as Bachir Musa Aminou, who claimed to be a Nigerian but held a Niger Republic passport, was said to have hidden the cards in a black bag containing kolanuts which was bound for Dubai at the Kotoka Airport when he was going through departure procedures at the airport.

He was arrested at the airport by operatives of the National Intelligence Bureau of Ghana following intelligence gathered about his activities in the country. The ATM cards were said to belong to one bank in Ghana and eight in Nigeria.

The bureau however refused to release his photograph for security reasons while it only released the photos of the ATM cards. 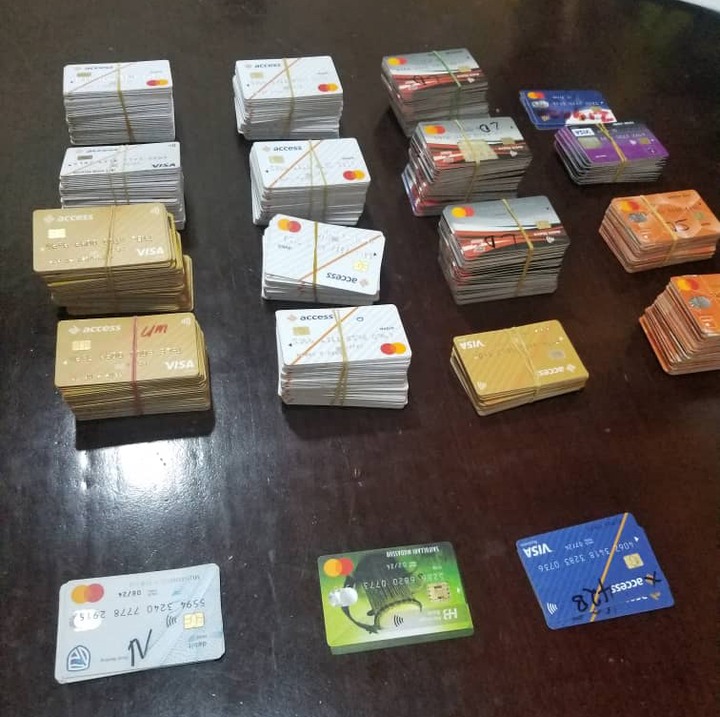 Some of the recovered ATM cards (Photo Credit: Ghanaweb)

He also said the rest of the cards were for his business partners in Dubai.

However, according to reports in the Ghanaweb, an online news media in Ghana, on its Facebook wall on Monday, the intelligence bureau had recovered the cards from him and had submitted them to the Bank of Ghana on Monday, September 20, for further investigations.

Further information revealed that at the point of his arrest, Aminou had in his possession $12,000 and a list of the various PINs of some of the ATM cards.

He is currently in detention as the country's National Intelligence Bureau said more investigations are ongoing about his activities and he will be prosecuted at the conclusion of the investigation.