By Ayorkay (self media writer) | 1 month ago 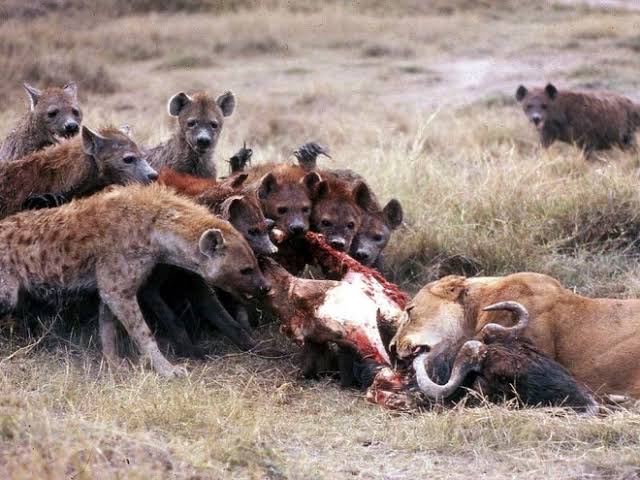 The lion and hyena are the only two apex predators on this side of the equator that can take down prey a lot bigger than themselves. They prey on animals such as the elephant, cape buffalo, zebra, giraffe and so on.

The hyenas can hunt both in wolf-like or dog-like and then in fox-like manners. An animal that is bigger than them is hunted using the former way because they attack in packs and bite into the prey while they attack a smaller animal using the latter's behavior. That is, the fox, by hunting alone.

This hyenas do not kill their prey directly. They chase the prey to exhaustion, and it's couldn't defend itself again due to tiredness, it is then captured and eaten while its still living till death. They prey on reptiles, birds and even wee bugs and then on wildebeests, zebras and antelope. 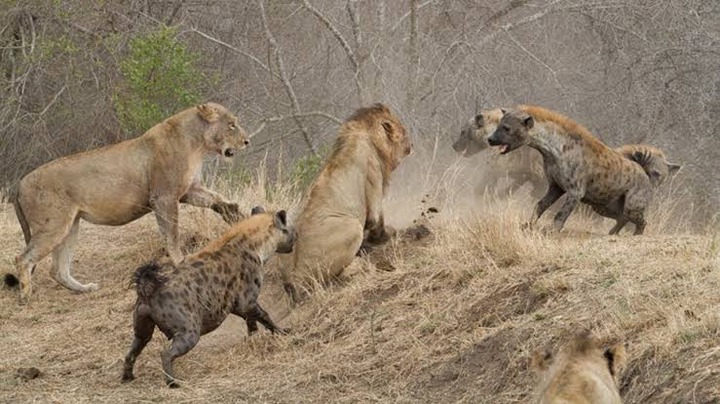 Hyenas are believed to be smarter than other carnivorous animals such as lions, which live in smaller groups. Although, these two animals are mortal enemies, they share some traits in common. One is that they both hunt as a team, and this explains why they can hunt big preys which does not exclude the largest land mammals like the elephant. Unlike solitary animals like the leopard and the tiger that settle for the smaller animals.

The lions are so large and strong compared to hyenas, but the hyenas still have one advantage over the lions. It is that they outnumber the lions in group and use this to compete with lions and they have been known to kill lions in groups.

This shows that man can also learn something from animals like the lion and the hyena. There are some certain opportunities that will come our way and it will require that we form a formidable team, if we must leverage those opportunities. You just can't solve some problems in solitary. A team will always just be needed. We should better keep this in mind in our daily activities.