7 Players Who Played For Both Real Madrid And Chelsea

By FrancisWrites (self meida writer) | 9 days

Obviously, we all know that some players have played for different clubs in their respective football careers and now, they are probably playing for another club, which is just a normal thing in football. And in view of that, we have some top players who have played for top clubs, and more than that, those that usually play against each other, and a perfect example of that is Real Madrid and Chelsea.

Currently, both Real Madrid and Chelsea are playing against each other in the Champions League, and in the midst of that, there is a player who was transferred from Chelsea to Real Madrid, and now, he has to play against his former team, and that player is Eden Hazard. Apart from Hazard, there are some other players who have played for both Chelsea and Real Madrid, thus, we will be seeing all those players.

Of course, there are some of these players who are no longer active (that is, they have retired), while we have those who are now playing for another club outside Real Madrid and Chelsea.

Thus, some of these players who have played for both Chelsea and Real Madrid are Eden Hazard, Arjen Robben, Essien, Alvaro Morata; and they are 7 in total.

Check the picture below to see all the 7 players: 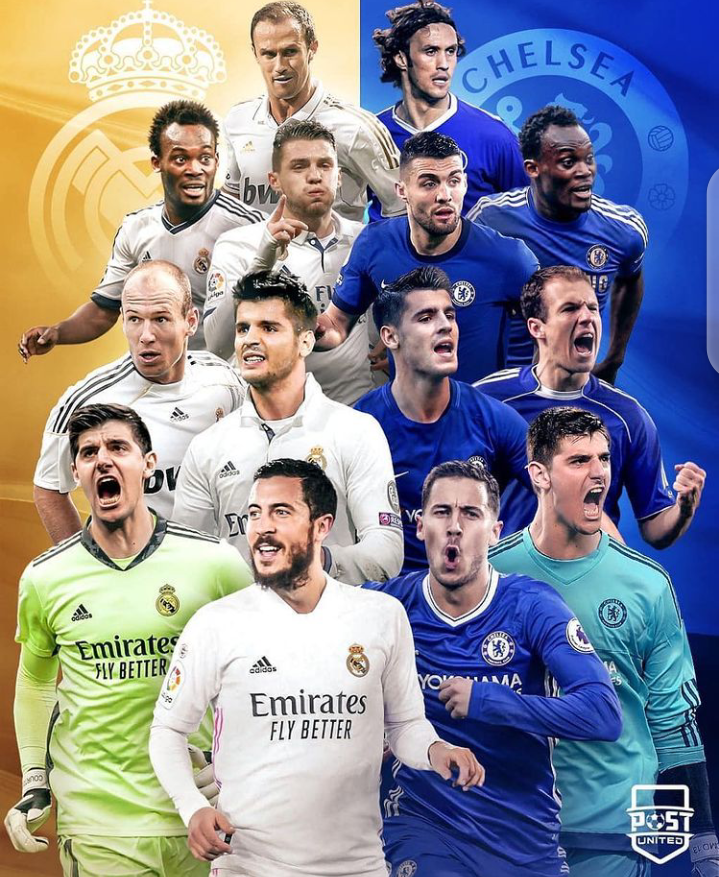 Hazard is not the only Chelsea player who is now playing for Real Madrid, but also Courtois. Courtois was Chelsea's previous goalkeeper, however, he's now a player in Real Madrid, and as such, he played against his former team in the Champions League.

Seeing these players, which of them can you remember? Also, how well can you rate their performances when they played for both Chelsea and Real Madrid? Where did they perform the best?