Darwin Nunez is backed by Jurgen Klopp after a difficult night that saw Liverpool lose to Salzburg. 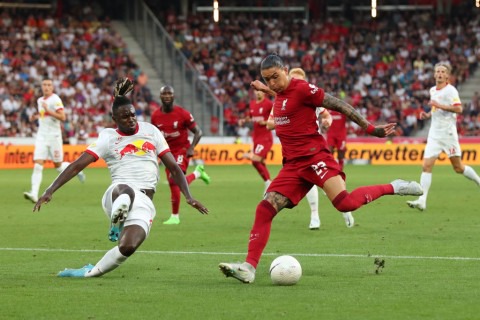 Darwin Nunez, the Liverpool striker, put in a terrible display in Wednesday night's 1-0 friendly loss to Salzburg, but Jurgen Klopp stood by the striker.

In Austria, the 23-year-old only appeared for the first half before being replaced by Roberto Firmino at the break. The Reds then dominated the second half without scoring an equalizer.

Klopp claimed that Nunez's inability to have much of an influence in the first half was largely down to his teammates' failure to arm him with sufficient weapons.

The German said that his new attacker would have posed a serious threat in the second half, when players like Mo Salah, Luis Diaz, and Trent Alexander-Arnold had entered the game and were dishing out better passes. 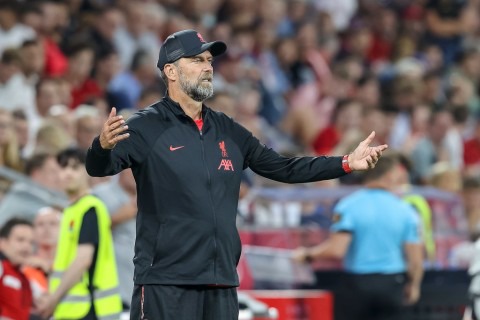 According to Klopp, "We put the boys up and it's all good." They could perform much better and they had good moments as well. But most of the players need to adjust to what we do, especially in the first half.

Darwin was by himself far too frequently. Everyone fell and participated in the buildup, but because we were too wide, we could only pass the ball to Darwin, who was waiting in the box.

He had his moments and came close to scoring, but he needed a lot more help from those around him. You occupy the other players, so they are not able to concentrate on him. countless things

Second half: If Darwin had been in the box, it would have been helpful as well. It is what it is; it doesn't feel good, but we accept it and move forward from here.

Several harsh challenges from the home team, especially in the second half, did not exactly delight Klopp, but he says that it won't keep him up at night.

"For Salzburg, it was clearly not a friendly," the Reds manager declared. Not as well for us.

With all due respect to Salzburg, they succeed despite facing these types of difficult hurdles. I didn't always enjoy the trials, but it's okay. I don't suppose anything happened there.

Content created and supplied by: komiski221 (via Opera News )