Today's Headlines: Gumi On Why He Dumped APC For PDP, Akpabio, Lawan, Others Risk Jail Term

Why We Dumped APC For PDP -Gumi 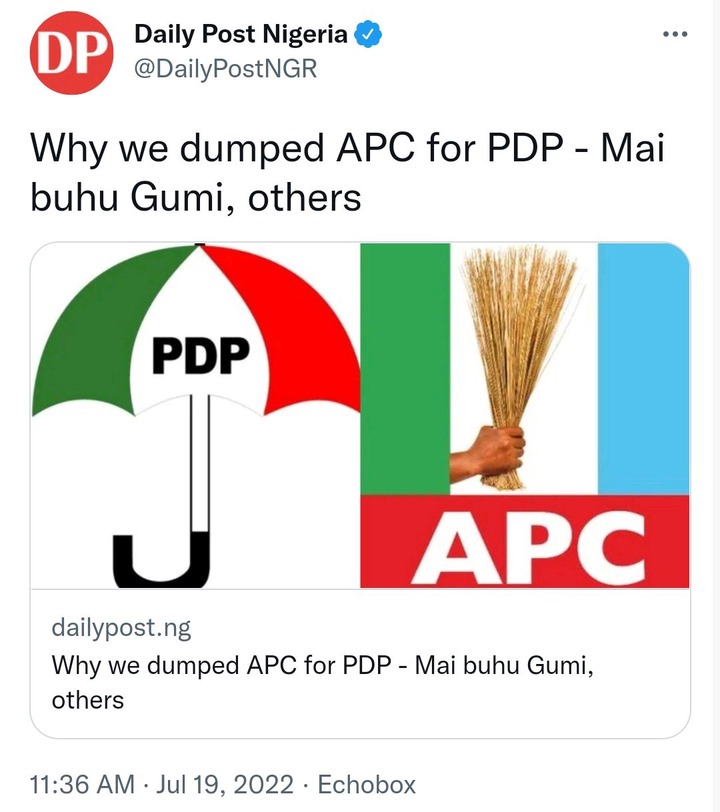 There are now explanations for why five influential politicians in Zamfara State defected from the All Progressives Congress (APC) to the Peoples Democratic Party (PDP).

In an exclusive interview with DAILY POST in Gusau, the state capital, the group's leader, Alhaji Mai buhu Gumi, bemoaned the fact that there were significant breaches in the party's structure that the leadership had not repaired.

He argued that the APC has lost the trust of the populace, particularly the grassroots, who control the voting process, and that one cannot play politics successfully without having the backing of the entire populace, especially the grassroots.

Mai buhu Gumi continued by pointing out that the majority of women in rural regions have been forcedly made into widows who now wander the streets aimlessly.

He said that even security personnel whose job it is to protect lives and property are no longer safe and speak less of innocent people as the bandits have continued to howl like wounded lions.

In response to the APC state chapter's assertion that he and his political allies have no supporters According to Mai buhu Gumi, it was merely pointless propaganda that could be discarded in with other scraps of paper. 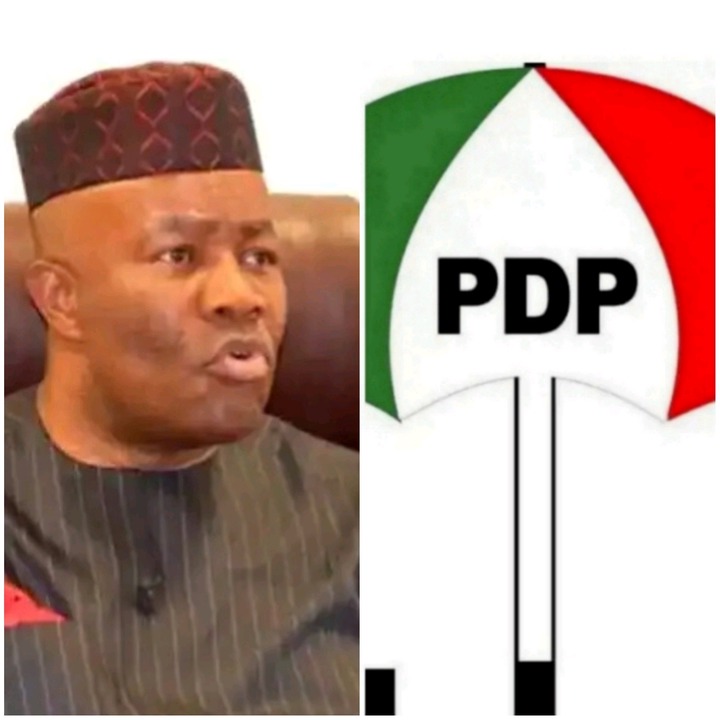 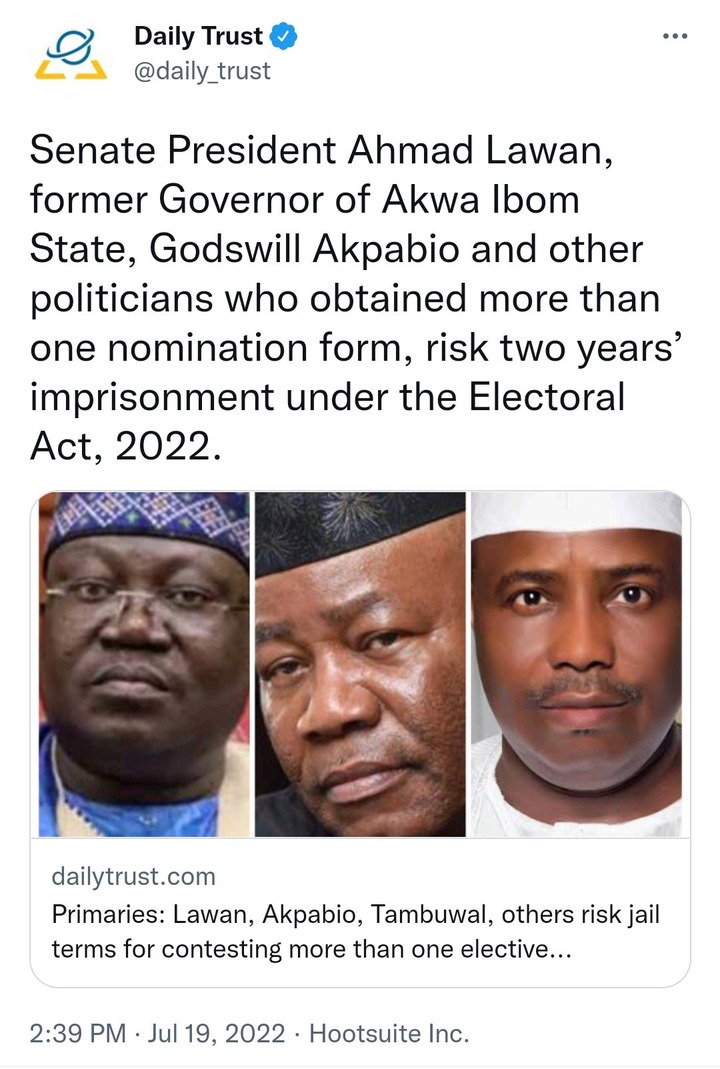 Daily Trust is the news source.

On Tuesday, Mike Igini, the resident electoral commissioner in Akwa Ibom State, made this announcement.

During an appearance on Channels TV's Sunrise Daily, Igini made this claim and used Section 115(D) of the Electoral Act of 2022 in support of it.

He claimed that anyone who violates this regulation faces a two-year prison sentence, and that Section 115 (3) even declares that attempting to get numerous forms is illegal.

The price of gasoline in Nigeria has finally increased to N179 per liter. 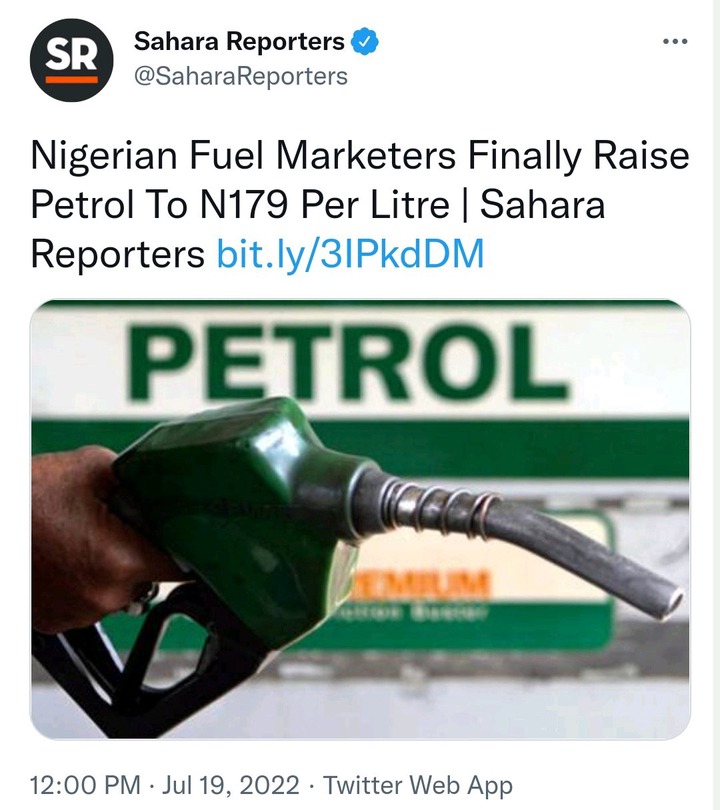 Source of the news: Sahara Reporters

Finally, the national average price of gasoline has risen above N165 per litre.

Despite the fact that the product has been retailing for more than N165 in various regions of the nation, a new pricing structure was introduced on Tuesday, according to Daily Trust.

The Nigerian Midstream and Downstream Petroleum Regulatory Authority (NMDPRA) has not yet responded to claims made by petrol merchants that the Federal Government approved the rise.

On Tuesday morning, Daily Trust tried to receive a confirmation from the NMDPRA, but Mr. Apollo Kimchi, the agency spokesman, did not respond to questions. 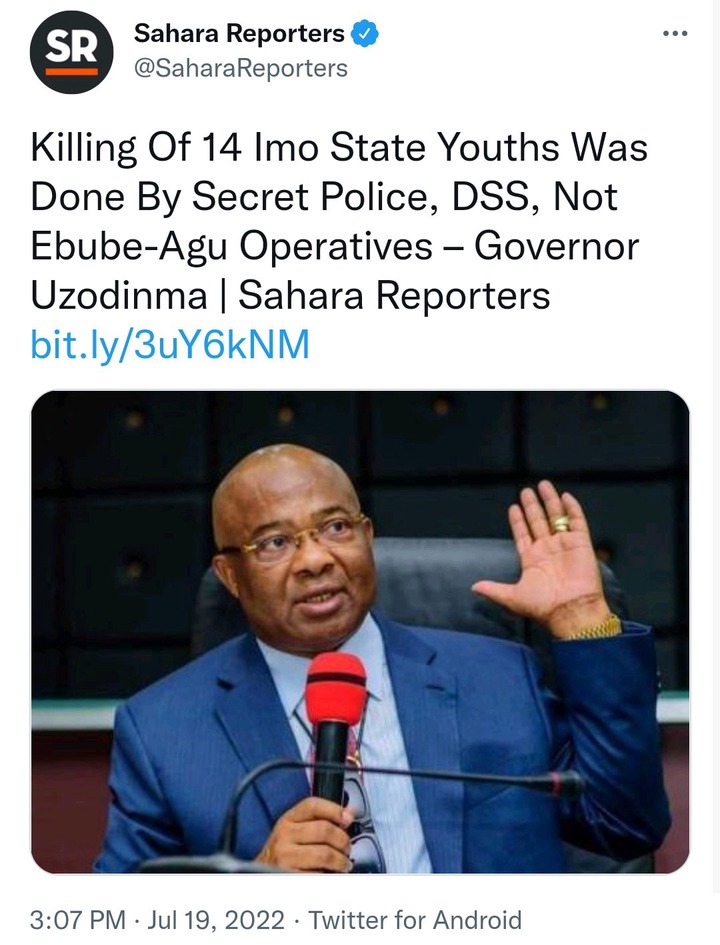 Source of the news: Sahara Reporters

Imo State Governor Hope Uzodinma responded to the shocking murder of 14 teenagers who were returning home after a traditional marriage in Awo-Omamma by members of the state's Ebubeagu South-East security unit.

Uzodinma, who corroborated the massacre of the youths, claimed that Department of State Services (DSS) agents of the Nigerian secret police carried out the executions while engulfing Ebubeagu Security.

According to SaharaReporters, the Otulu community expressed outrage over the brutal slaughter of their youths, who were attacked without ever committed a crime.