At 10 Years Of Age, We Don't Know Our Child's Gender - Couple Reveals

By OReporter (self media writer) | 9 days ago

Mrs. Ifeoma, Okoronkwo Ezeh's wife, gave birth to a special child ten years ago whose characteristics still confound her. Mrs. Ifeoma was in her 30s when she gave birth to the child

A pair of undescended testes that appeared above the penile area and rested in what appeared to be a scrotal sac, as well as an opening beneath the manhood that was allegedly the female organ, were all features of the baby's genitalia when it was born, according to Mrs. Ezeh, who was explaining the birth. 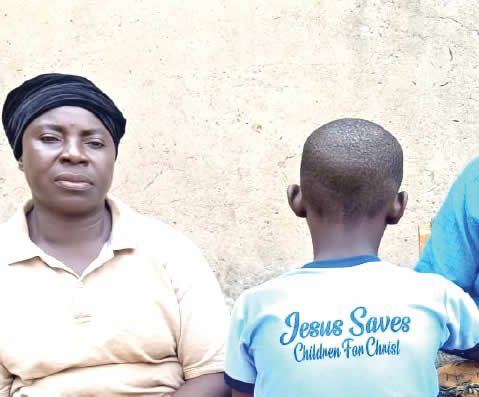 She claimed that her husband's decision to wait a few minutes after the infant was brought for him to see before coming to see her was somewhat unusual. Ifeoma reported that often when she opened her eyes after giving birth, her husband was the first thing she noticed.

She insisted that he didn't show up until much later and told her that the kid had to go away because of some issues.

According to her, the baby was wrapped up and taken by daybreak to the Obafemi Awolowo University Teaching Hospital in Ile-Ife, Osun State for additional assessment.

Ezeh asserted that after he arrived at the OAUTH, the medical staff examined him and gave him the go-ahead to bring the child back for the initial surgery after one month.

Ezeh asserted that he confided in his wife after they got home and that she was as astounded by what she had witnessed.

The pair claimed that they had already completed six corrective surgeries for the child, who would turn 10 in September. They contend that their funds have dropped as a result.

"He would sob uncontrollably and long to play with other kids," she claimed, even though she kept him indoors where no one could see what was happening to him.

The young man, Martins, was interviewed on Sunday and sounded really intelligent.

Martins expressed confidence in his academic performance and his desire for his entire family to be happy.

He asserted that he frequently has trouble adjusting at school because he is frequently bullied by his peers as a result of his problems. 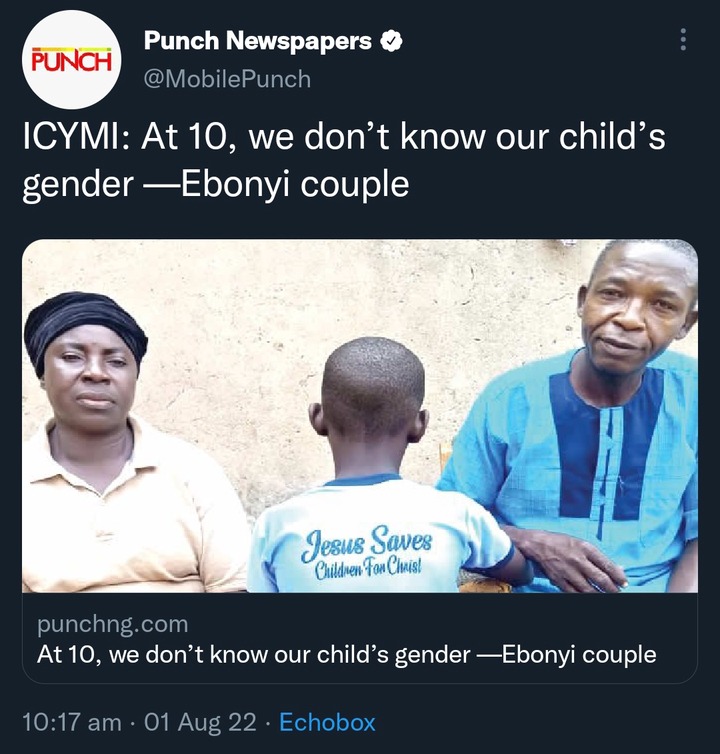