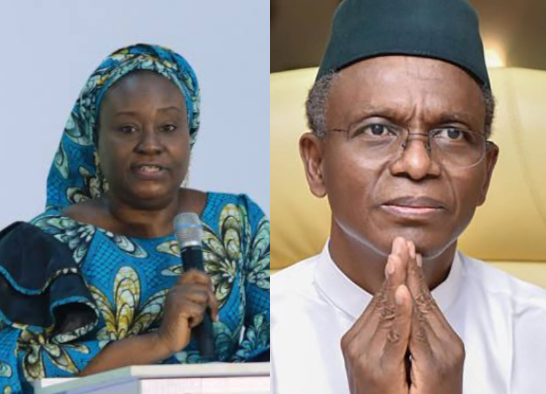 The Federal Executive Council, FEC, has approved a 14-day paternity leave to make men properly bond with the newborn baby or adopted one. 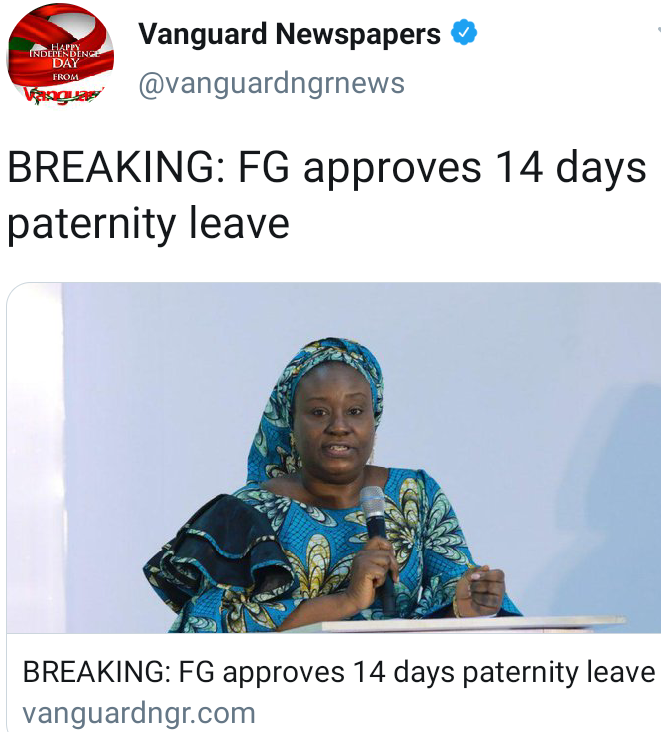 The paternity leave is for men in the federal civil service.

The Head of Civil Service of the Federation, Dr Folasade Yemi-Esan, disclosed this while briefing State House correspondents at the end of the Council’s weekly meeting presided over by Vice President Yemi Osinbajo at the First Lady’s Conference Room, Presidential Villa, Abuja. 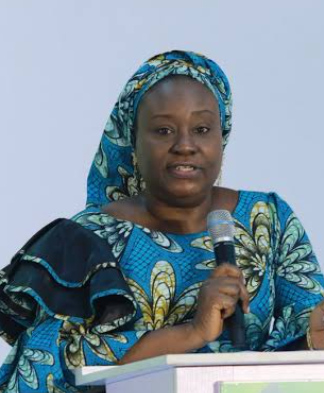 Sequel to the persistent attacks, kidnapping and unwarranted killings of innocent citizens by bandits, Kaduna State government has asked residents to prepare for a shutdown of telecommunication services in some local government areas of the state, which it said might commence this Wednesday. 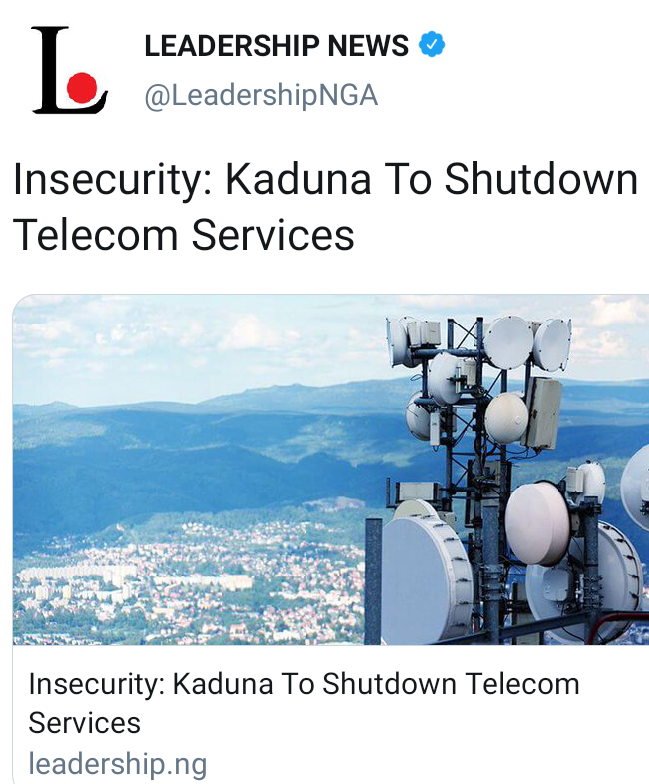 The government, however, said the shutdown would not cover the entire state, but only LGAs bordering the troubled Zamfara and Katsina States where military onslaught is ongoing, will be affected. 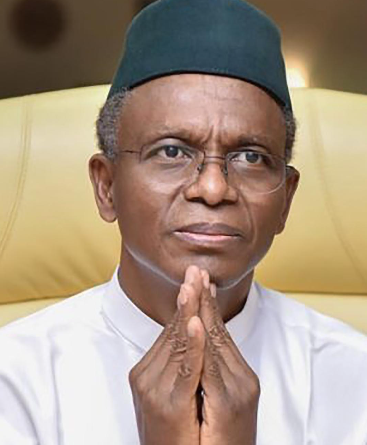 The state governor, Mallam Nasir El-Rufai, who disclosed this during a media chat, said the security operatives were prepared to launch an offensive on bandits hibernating in some parts of the state.

The Abuja Division of the Federal High Court on Wednesday adjourned the trial of the former registrar of Joint Admission and Matriculation Board (JAMB), Dibu Ojerinde, until October 8. 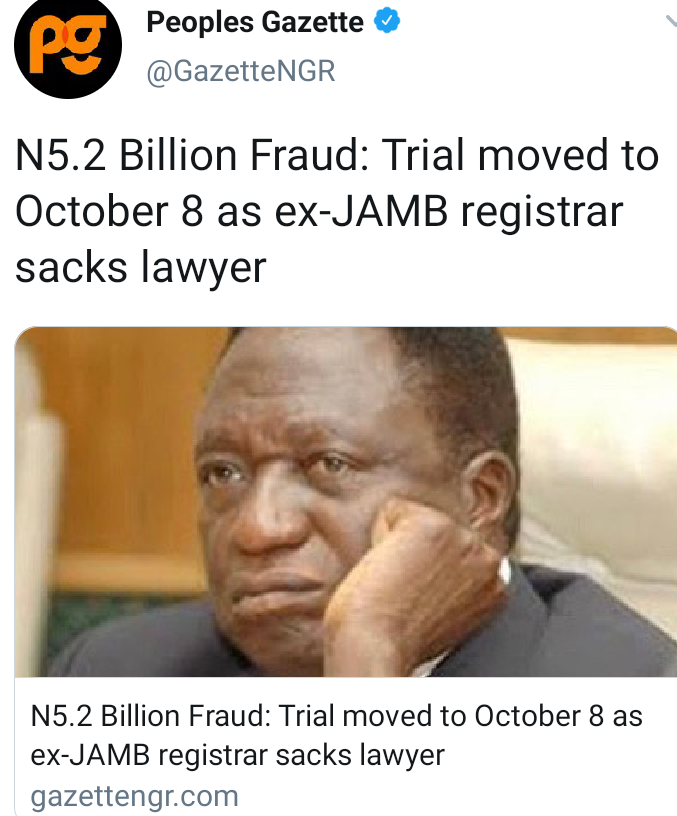 Before his decision, Peter Olorunnisola, SAN, had been appearing for the ex-JAMB boss in the money laundering charge preferred against him by the Independent Corrupt Practices and Other Related Offences Commission (ICPC).

The ICPC, in the suit marked FHC/ABJ/CR/97/21, said that the former chief executive officer allegedly committed multiple frauds to the tune of N5.2 billion, while heading JAMB and the National Examination Council (NECO).

Former Governor of Anambra State, Mr Peter Obi has expressed shock at the death of Dr Chike Akunyili, husband of the former Minister of Information, and Director Generàl of NAFDAC, Prof Dora Akunyili, who was shot dead on Tuesday evening. 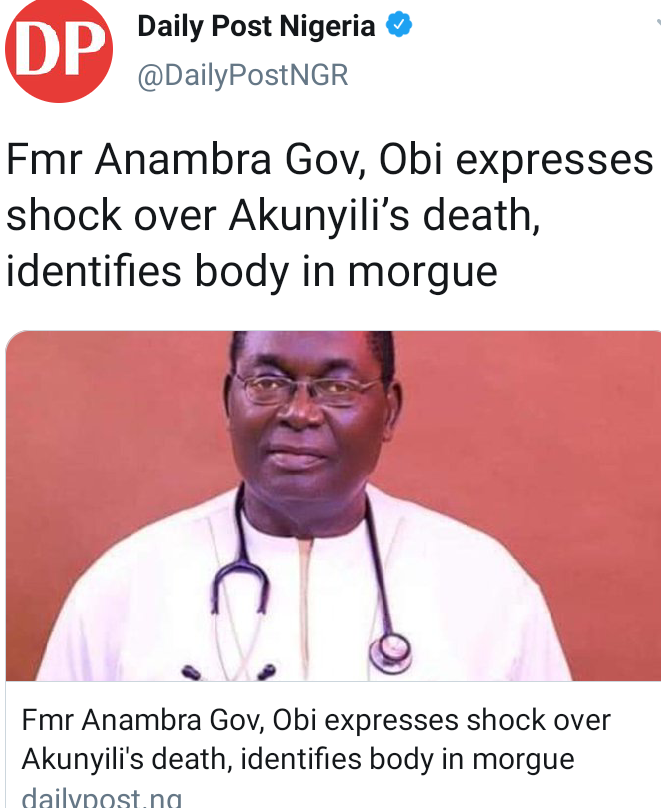 Obi who spoke to journalists said he was in Lagos on Tuesday for some functions when on Wednesday morning he got the news of the death of Akunyili on social media and immediately boarded a flight back to confirm it.

“I was lucky to get the first flight, and I landed in Owerri and moved straight to Iyienu Hospital in Onitsha, where I and his son identified him in the mortuary.

No fewer than 1,000 children got instant de-worming during a two-day medical outreach organised in Ilorin. 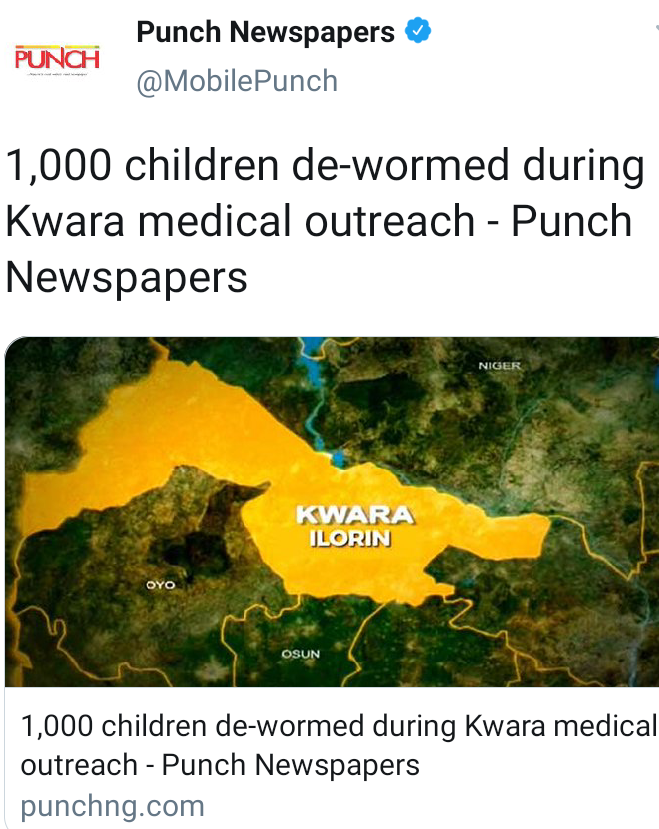 The exercise was jointly organised by the Gobir Foundation, the Joint Balogun Gambari Development Association and medical doctors in Ilorin.

The head of media and publicity of Gobir Foundation, Khadijat Eyitanwa-Lawal, said the medical outreach was organised to improve the health of the people in the state.

“Minor illnesses can keep breadwinners away from work for many days, while chronic disorders result in illnesses and deaths, some rather suddenly.