By Da_creative (self media writer) | 5 months ago 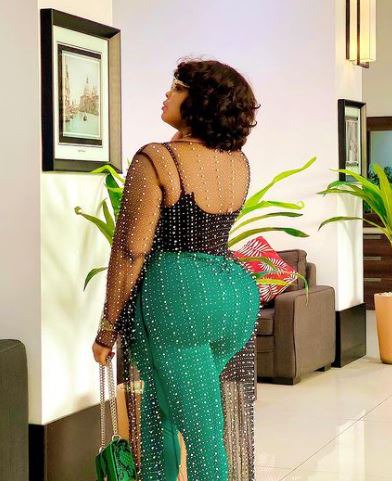 A condom is a sheath-shaped barrier device used during intercourse to reduce the probability of getting pregnancy or infections. There are both male and female condoms that could be easily bought in a pharmaceutical store. However, have you seen anyone boasting of working in a condom's factory?

This is the same question Nollywood actor, Biodun Sofuyi Okeowo popularly Omoborty, hilariously asked her Instagram followers a while ago. She captioned: "I haven't heard anyone talk about working in a condom factory, don't they have staff", she asked funnily! 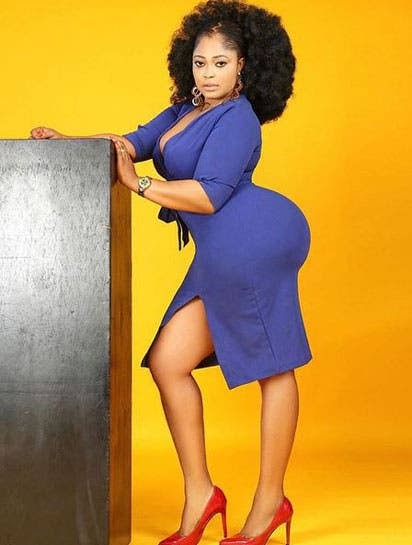 Of course, condom factories do have people working in them but, most times they don't usually brag about it. This might due to some certain perceptions or culture that forbids talking about anything related to intercourse publicly.

I think we should be more concerned about its advantage than any other thing. Condoms are 98% effective at preventing pregnancy if used as instructed. But people aren't perfect, so in real life, condoms are about 85% effective — that means about 15 out of 100 people who use condoms as their only birth control method will get pregnant each year. 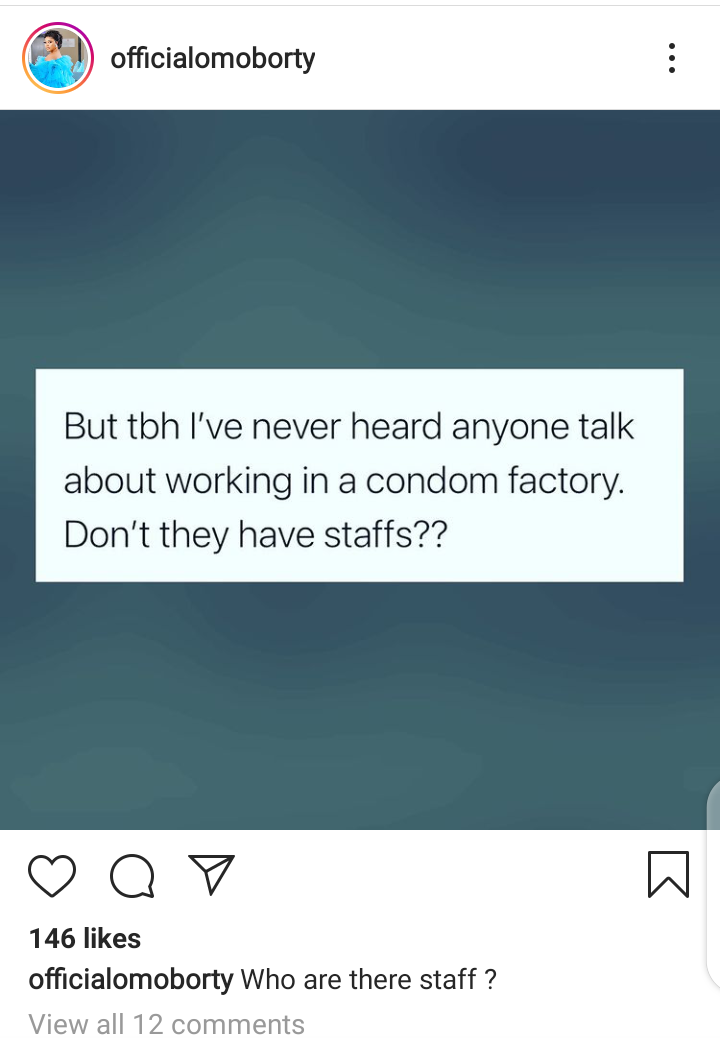 Omoborty's post was coming days after she had dismissed rumours stating that she was romantically involved with former Kogi West Senator, Dino Melaye whom she snatched from her colleague, Iyabo Ojo. The actress in a long post on Instagram denied the report, noting that her alleged relationship with Dino was a misconception aimed at tarnishing her image. 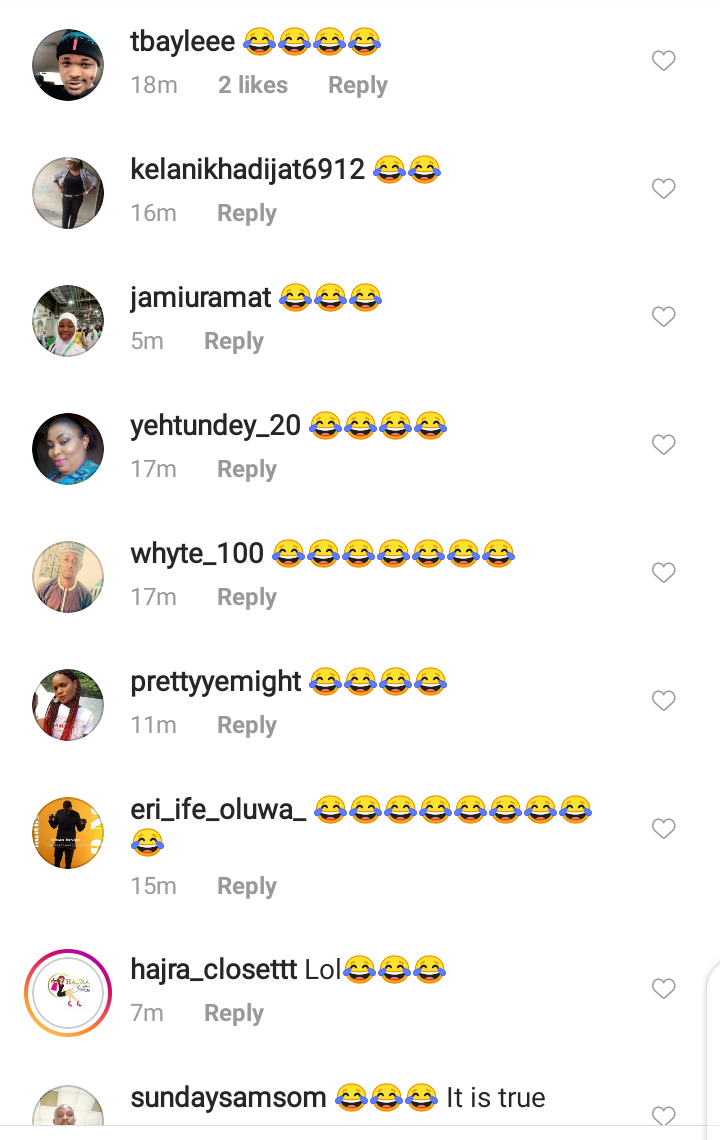 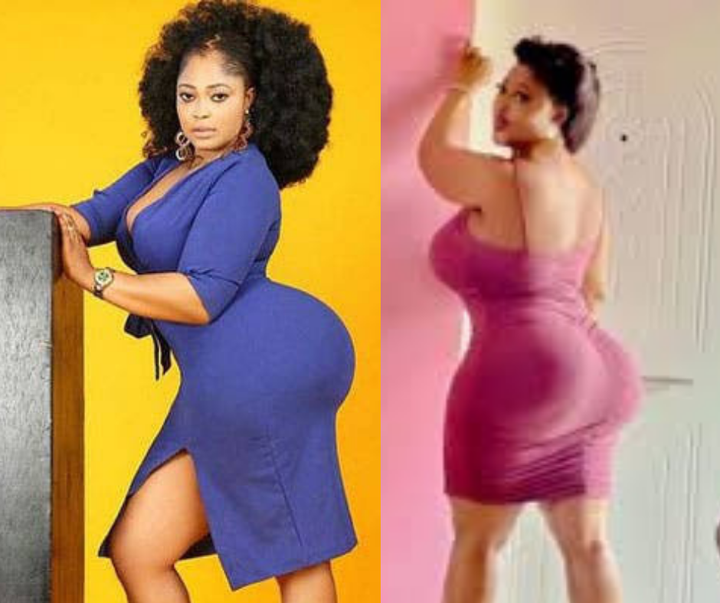 Have you heard anyone talk about working in a condom factory?