How Curtis Means, most premature baby in the world, defied survival odds to break record

By frendygodwin (self media writer) | 25 days ago

A United States baby identified as Curtis Means has been recognised by the Guinness World Record as the World's most premature baby to survive. He was born in Birmingham, Alabama, United States when he was about 21 weeks and a day. He weighed below one pound, 420g (14.8 ounces) approximately. Recall, a full-term pregnancy delivery period should mature at 40 weeks, but Curtis was delivered nearly 19 weeks premature. 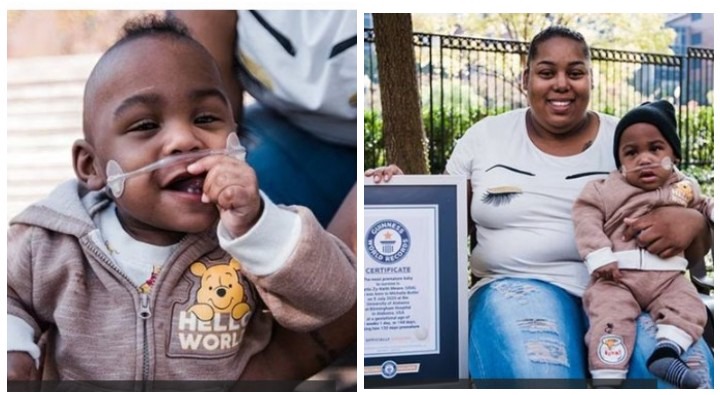 Photos of Curtis Means and his mum

According to medicalnewstoday blog, women that have uterus, cervix or placenta issues are at higher risk of having a premature baby. Also, smoking cigarettes or using illicit drugs, some infections, particularly of the amniotic fluid and lower genital tract, high blood pressure and diabetes can lead to premature delivery.

How Curtis' delivery and survival happened:

On the 4th of July 2020, being the United States independence day, Curtis' mother Michelle Butler, who was pregnant at that time went into labour and was rushed to the hospital. During delivery, she gave birth to twins Curtis and C'Asya. Sadly, his twin sister C'Asya died about 24 hours after they were birthed because she was less developed and did not respond to treatment.

The doctors also declared that Curtis has less than one per cent chance of survival. To show compassion for Curtis' mum, the hospital also offered them intensive care. Curtis did not give up after the demise of his twin. He stayed on a ventilator for 275 days before he was discharged. 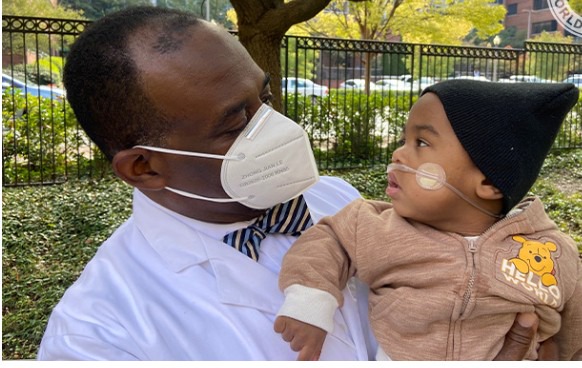 Photo of Curtis Means and his doctor

Curtis Means is currently 16 months old, living with his mum and three older siblings. According to report, he still needs supplementary oxygen and a feeding tube, although the doctor said he is in good condition. Also, therapists are teaching him how to breathe and eat with his mouth.

The record broken by Baby Curtis Means was formerly held by Richard Hutchinson, a baby from Wisconsin, who was born at 21 weeks and two days. Curtis beat him with 24 hours off the previous record 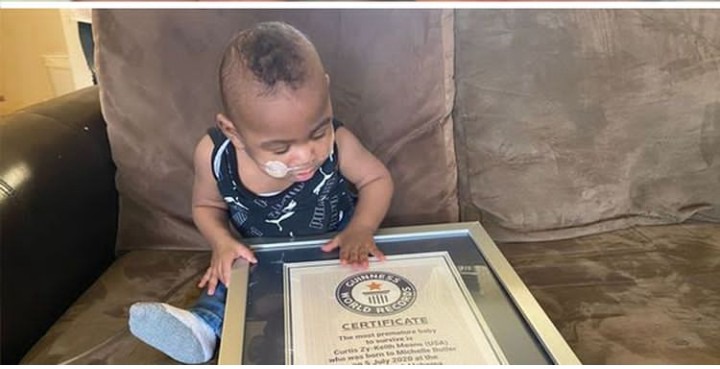 Curtis' survival was a big miracle and also a surprise to the doctors who took care of him in the hospital.