9 Bad Parenting Signs and How They Can Affect Your Child

By RelationshipTalks05 (self media writer) | 9 days ago

Bad parenting is defined as a succession of poor nurturing activities that invariably affect the child's demeanor and psychology. A parent may feel terrible and try to make amends, but this usually ends in failure. Unsurprisingly, many parents are unaware of their error since the act was inadvertent, or they are simply too busy to learn how to be a more involved parent. Some parents are unprepared for the worst-case situation, while others are unconcerned. These characteristics and behaviors all point to poor parenting abilities. Several parenting incidents indicate that you are a bad parent. Here are some accidental ways you can be causing yourself to be labeled as a bad mother or father:

1. You discipline your child in front of everyone 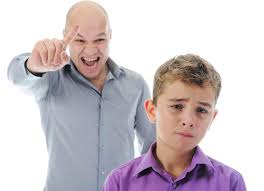 You might lose your cool and reprimand, yell, or even slap your child in public. This will have a significant negative influence on your child's self-esteem, and the humiliation associated with this kind of discipline will be difficult to overcome. 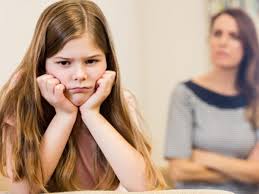 Structure and boundaries are necessary for children to develop into healthy adults. If a youngster does not learn to be disciplined, he or she will struggle in situations outside of the house.

3. You are always comparing your child to someone else 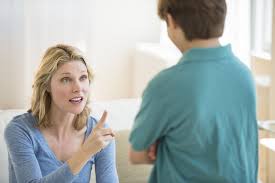 Setting healthy role models for your child is important, but constantly comparing him to others, particularly a sibling or the youngster next door, is a symptom of poor parenting.

4. Excessive reprimanding of the child 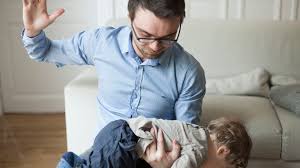 When your child makes a mistake and you chastise or scold him excessively, it might have a detrimental impact on him. If your child has been honest and admitted to making a mistake, this approach may have a negative impact. 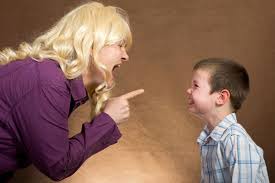 Children who are constantly chastised, whether in public or privately, can develop concerns with perfection and a fear of failure. Depression or anxiety may result as a result of this.

6. You make no attempt to comprehend and respect his or her feelings 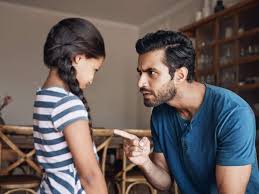 You may spend a lot of time teaching excellent habits, but you never take the time to comprehend your child's thoughts and feelings. Every time he says something, you dismiss it as nonsense and don't pay attention.

7. Affection and attention are being withheld.

"Ignoring a youngster sends the message that your love is conditional. Withdrawing affection from a child because they do not follow instructions creates similar harm. These types of behaviors can lead to a child's low self-esteem and confidence, as well as a child's inability to express their wants and needs. over time, this can evolve to co-dependency, in which the child adapts to how they believe another person wants them to act. "Many times, this can lead to abusive relationships,"

8. You don't keep an eye on things or exert control over them.

Children with permissive or uninvolved parents are more prone to engage in delinquent behavior. Parents who are uninvolved do not observe their children's behavior or activities. They don't impose any restrictions or limitations. If they do, the sanctions are not enforced. They have little or no self-control. These parents are also unconcerned with their children's schoolwork or performance.

9. You intimidate your youngster physically:

Every time your child does something wrong, you just raise your hand or, worse, make a fist. Regardless of the mental or physical consequences, intimidation has become your major technique for disciplining your child. To dominate a youngster by instilling fear in them is similar to bullying, which is a sad thing to do.

How bad parenting can affect your child.

Children who are subjected to too rigorous or rigid discipline may develop issues with social control, obsessive-compulsive disorder, and other anxiety tendencies, as well as a belief that the world is hazardous. The rebellious child, on the other hand, is someone who clashes with their parents, breaks the rules, and engages in undesirable behaviors.

• Low self esteem and depression

Parenting style can have a direct impact on a child's self-esteem and vulnerability to depression, according to a study published in the Journal of Adolescent Research. According to the study, children who have overbearing parents are more likely to develop depression and have a negative self-perception.

• Problems with Violence and Behavior

According to a study published in the American Journal of Orthopsychiatry, exposing children to a neighborhood where there is high violence can lead to internalized aggression and behavior issues in youngsters. The study also discovered that children who had experienced community or domestic violence were more likely to engage in aggressive behavior in the preschool setting.

When children fail to flourish during infancy and early childhood, they often exhibit slower-than-normal growth, poor mental development, and nutritional symptoms. Failure to flourish was linked to parental neglect, according to a study published in the American Journal of Orthopsychiatry. Children were not getting enough nutrients to keep up with their peers in terms of growth.