By IrorunWrites (self media writer) | 24 days ago 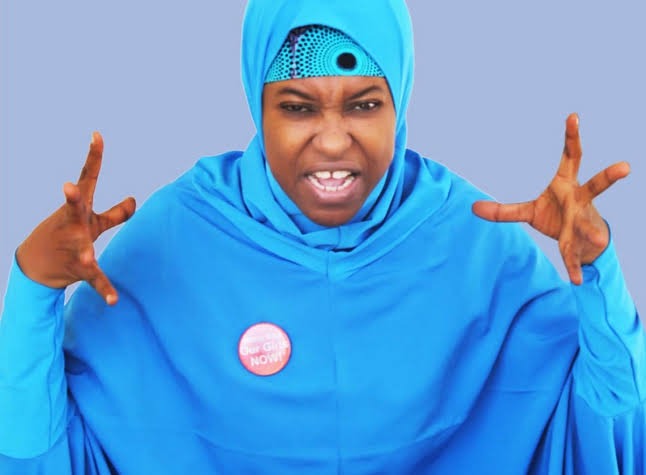 One of the Nigeria's foremost activists, Aisha Somtochukwu Yesufu has said she had once told her children that she is not deserving of their respect if the only reason they respect her is that she gave birth to them.

"Dear irresponsible Agbayas, learn to respect yourselves, because Gen "Z/Sorosoke" no send any of una. Respect is reciprocal, and it is earned, not merely given due to age/position. If you do anyhow, anything wey your eyes see, take am laik dat! Respect involves being responsible!"

In response, Aisha Yesufu said she had told her children that if the only criterion she has to get their respect is because she gave birth to them, then that means is not deserving of their respect. 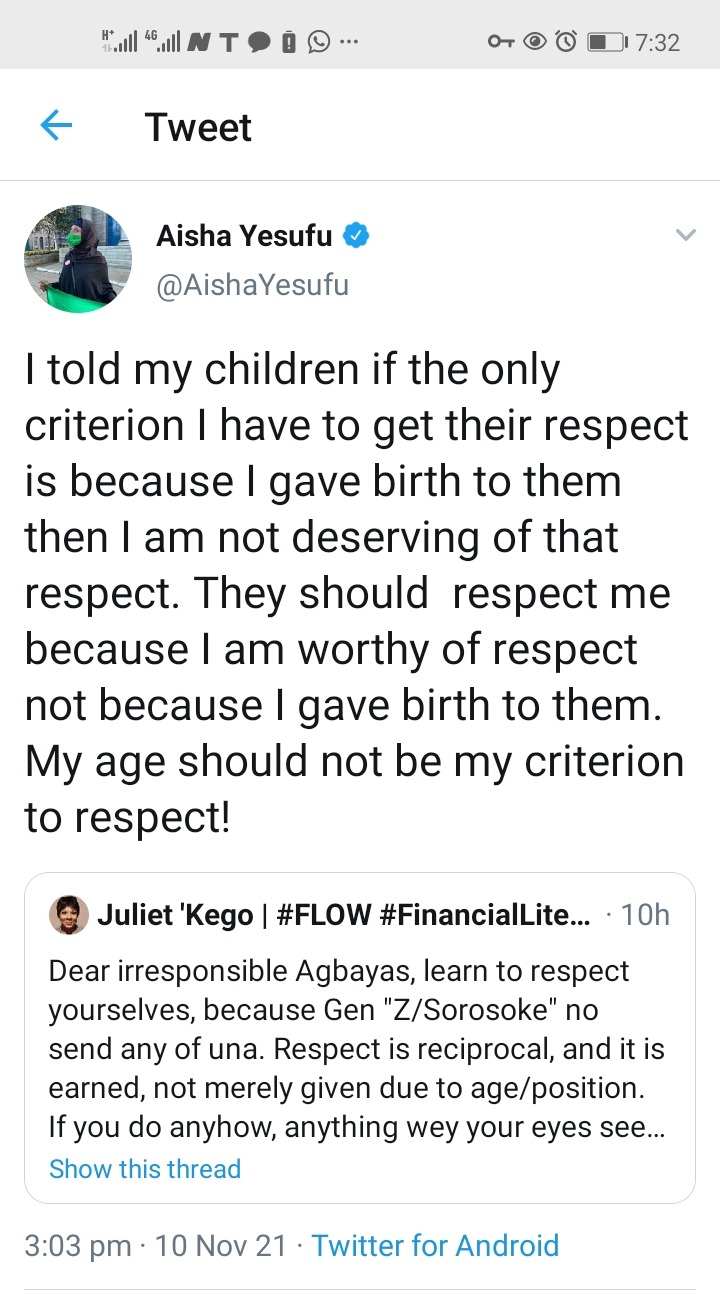 She continued by saying her children should only respect her for being worthy of respect and not for being their biological mother, adding her age should not be a criterion for their respect.

In my opinion, I think she has made a valid point here by saying that her children should respect her if she merits it and not because she is older than them. But then, they should also respect her for her age.

What do you think what the activist said? Do you think her children should not respect her based on age but because she is worthy of it?