Crocodiles are one of the most feared reptiles in the world. They have razor sharp tooth that can Pierce through anything.

Interestingly, there is a place in this world where humans live with them peacefully. 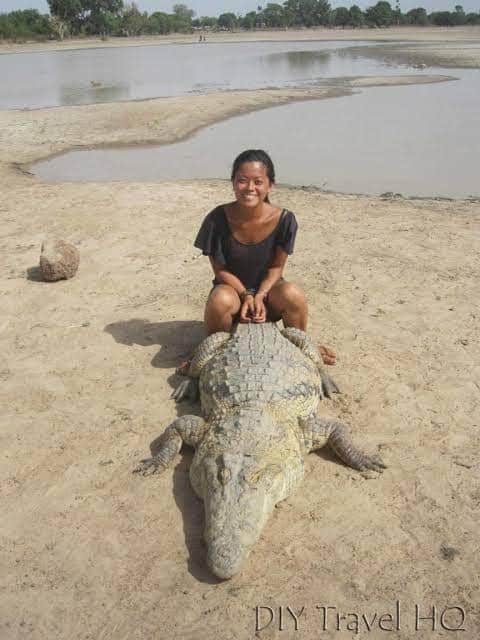 There is a town called Bazuole in Burkina Faso, where kids can go into the rivers and play around with crocodiles.

Weird right? No they(crocodiles) were not hypnotized by the villagers.

According to a Legend of that community, he revealed how their relationship with the crocodiles began. 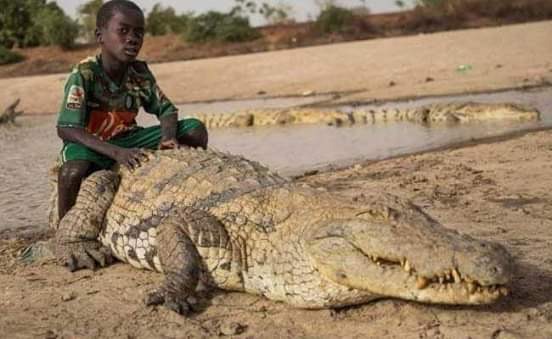 He explained that in the 15th century, there was an agonizing famine and drought in their land. The villagers were suffering until crocodiles led women to a hidden pond where the villagers could go and get some water.

The villagers then organised a party afterwards to thank the crocodiles for saving them. 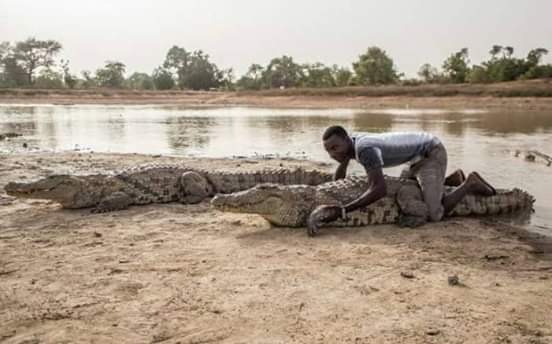 According to him, there's a celebration know as Koom Lakre, which is still held in their village every year to celebrate those crocodiles.

During this festival, villagers gather with to make sacrifices and ask the crocodiles for favours.

The villagers also revealed that anytime something bad is about to happen in their community, the crocodiles will start crying out to inform them about an impending danger.

They are of the opinion that those crocodiles are the spirits of their ancestors, that's why they arrange burial ceremonies for any of them that dies.