Top Ten Most Dangerous Animals In The World.

By OmegaFacts (self media writer) | 2 years ago

The planet earth is a living domain of wild creatures that vary in size and appearance. Many either look scary or dangerous as act as a threat to humanity.

Take a look at the scariest animals in the world: Although, the black mamba only attacks if it felt threatened or cornered, its venom is predominantly neurotoxic and symptoms become apparent within 10 minutes. Without appropriate anti-venom, symptoms progress from respiratory failure to cardiovascular collapse to death. Goblin sharks have more than 30 rows of sharp teeth on both the upper and lower jaw, and grow up to 20 feet. They inhabit waters greater than 330 feet so they pose little danger to humans, though looking at one could cause nightmares. 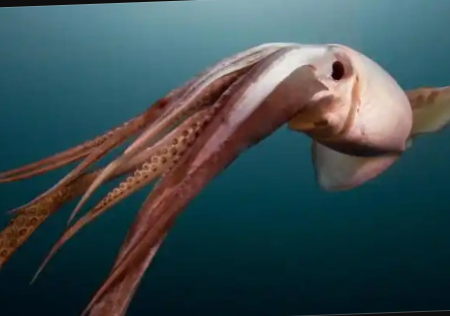 Humboldt squid, a.k.a. jumbo squid, reside at great depths and encounters with humans are rare, but when they happen they can be very scary.

In the Sea of Cortez, Mexico, a Humboldt squid once grasped a diver by the fin and pulled him downward while another grabbed his head. He fought them off only to have another wrap its tentacles around his face and chest. He was finally let go and made it to the surface dazed and oozing blood from neck wounds, thankful to be alive. The porcupinefish, also known as a blowfish or pufferfish, inflates its body and radiates sharp spines as defensive mechanisms. Some species are known to be poisonous with neurotoxins that are 1,200 times more potent than cyanide.

The fish is a delicacy in the Philippines. If prepared improperly, the fish can be deadly. In the Philippines from 2007 to 2014 alone, there were a reported 119 poisoning cases, including 17 deaths. Our suggestion? Order the steak. 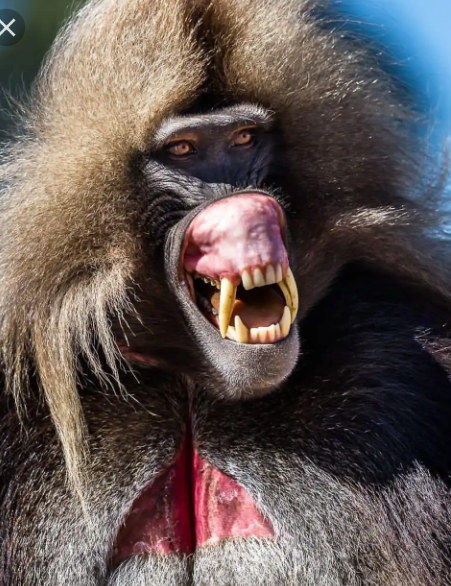 Baboons are primates comprising the genus Papio, one of the 23 genera of Old World monkeys. There are five species of baboons, commonly known as hamadryas baboon, Guinea baboon, olive baboon, yellow baboon and chacma baboon

What made them dangerous is the fact that they can stand their own against humans and they once raided human dwellings in South Africa, killing fowls and goats. Atheris hispida is a venomous viper species endemic to Central Africa. It is known for its extremely keeled dorsal scales that give it a bristly appearance. It looks like a Chinese dragon to me

The anglerfish is a fish of the teleost order Lophiiformes (/ˌlɒfiɪˈfɔːrmiːz/).[1] It is a bony fish named for its characteristic mode of predation, in which a fleshy growth from the fish's head (the esca or illicium) acts as a lure for other fish. If there is fur on the skin of the host, the common vampire bat uses its canine and cheek teeth like a barber's blades to shave away the hairs. The bat's razor-sharp upper incisor teeth then make a 7mm wide and 8mm deep cut. The upper incisors lack enamel, which keeps them permanently razor sharp.[35] Their teeth are so sharp, even handling their skulls in a museum can result in cutsThe bat's saliva, left in the victim's resulting bite wound, has a key function in feeding from the wound. The saliva contains several compounds that prolong bleeding, such as anticoagulants that inhibit blood clotting, and compounds that prevent the constriction of blood vessels near the wound.