Nigerians Should Stop Unending Superstition And Killing Of Innocent Animals

By Teecomplex (self media writer) | 1 year ago

Recently a Nigerian man name Ogini Paul shared his testimony of how he fought with a cat and won. 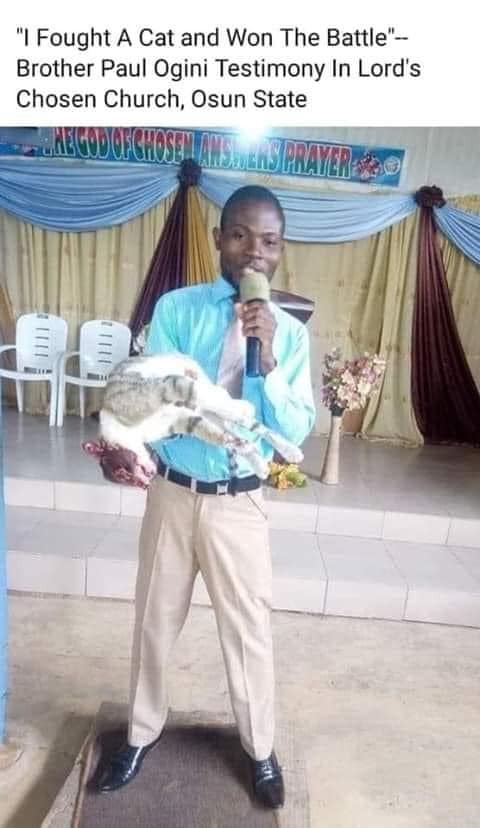 Killing an innocent cat? Bringing the innocent cat you claim it's evil to church to testify.

Thinking it's evil, most cats aren't evils but our Africa mentality assumes so. No matter where you come across a cat or bird abroad you can't harm it but here in Africa you can do anything you thought of to animals.

Africa: A Continent of Unending Superstition.

If we refuse to change our old ways fast, Africa the forsaken black continent will wallow in voodoo and black magic for a time to come. It's saddening that in the 21st century African continent still uphold some austere beliefs especially in witchcraft, voodoo and fetish ideology that culminates to unwarranted killing of innocent children, the elderly and harmless animals.

In Nigeria and elsewhere a hoot of an owl in the night is believed to signify danger. precisely an owl hoot in a neighborhood may mean someone will likely die in the nearest future. Therefore it's believed that in order to scare away the symbol of death a previously burnt and quenched log will be thrown at the direction of the owl to drive it away with its macabre intent. Innocent children were sent astray by their own parents under false believe that they portend evil and that they represent bad luck to the family, many were killed. What a pity!

In the same manner innocent cats are believed to be representatives of witches and wizards especially black cats that wander in the dead of the night looking for food or emitting eerie cries in the course of mating. This natural phenomenon by animals are always mistaken by the ignorant to mean evil. In the usual characteristic foolishness of man, recently someone in the southern part of the country killed an innocent cat that was probably searching for food around his house after which he proudly presented it to the church as a testimony that he succeeded in killing the devil which was sent by those who don't wish him well in order to harm him. 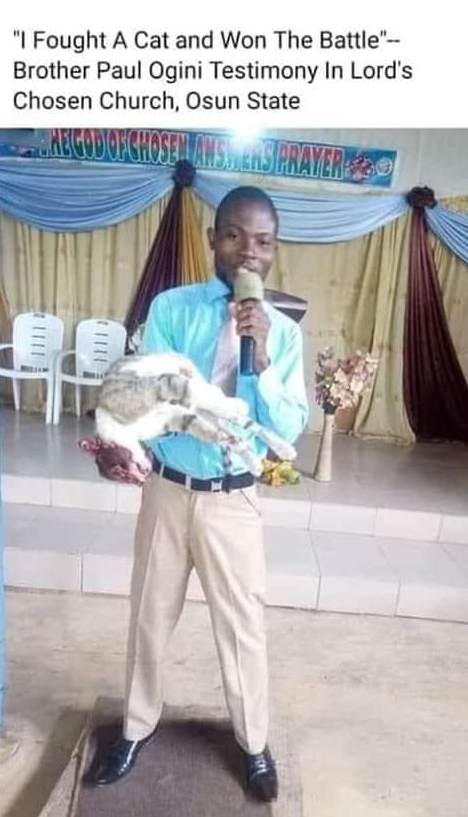 Similar situation has occurred over the years. 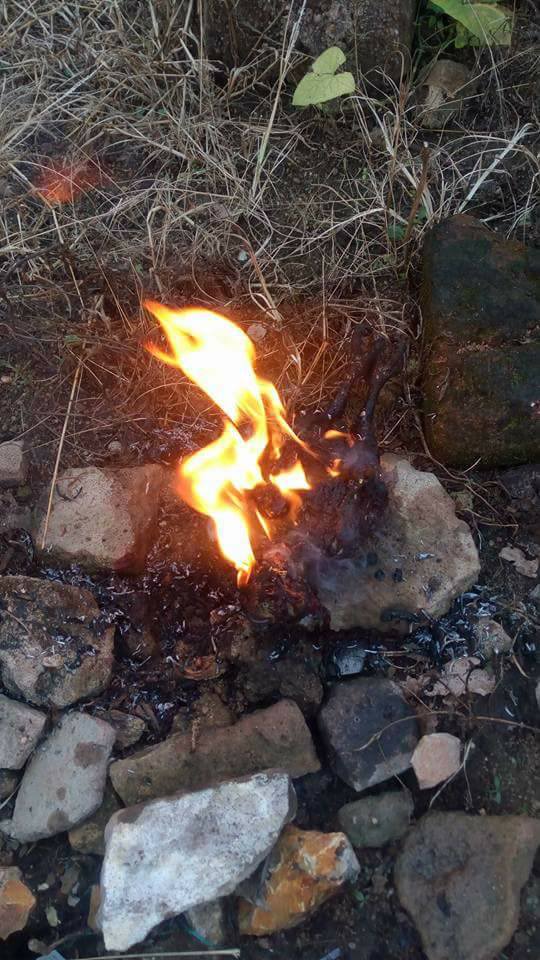 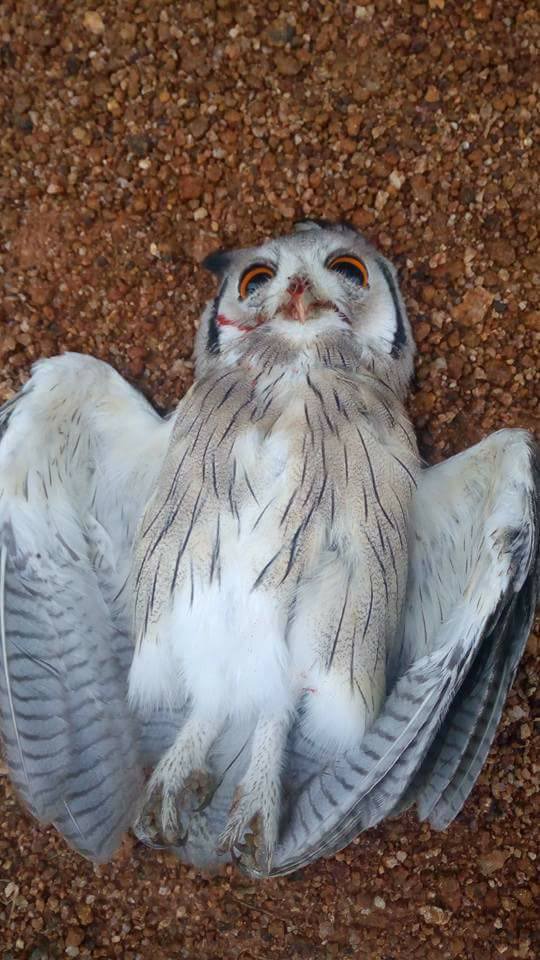 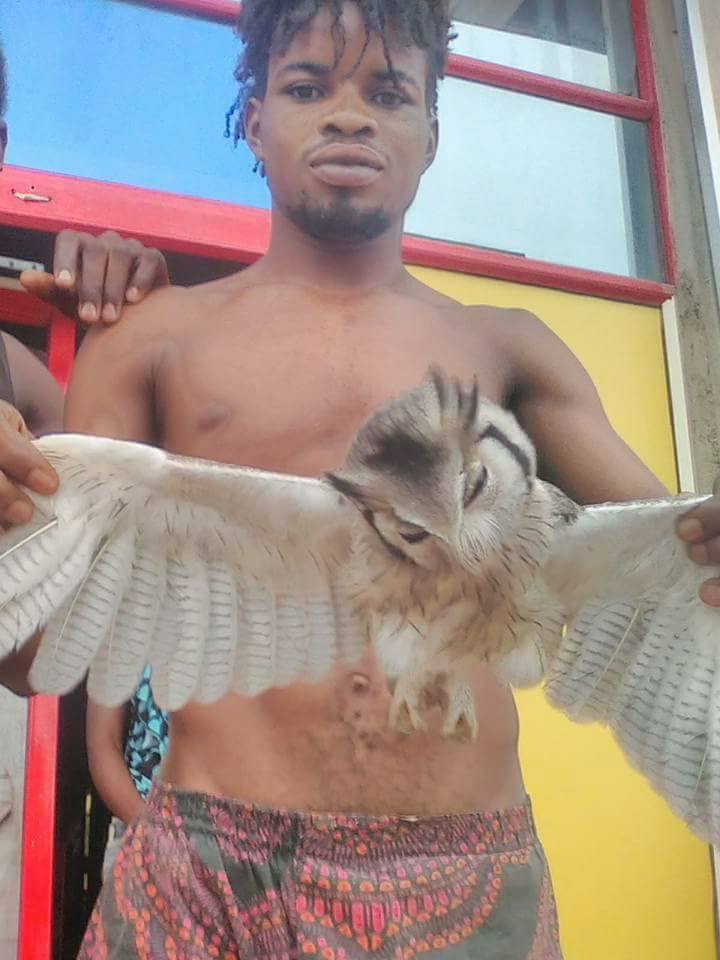 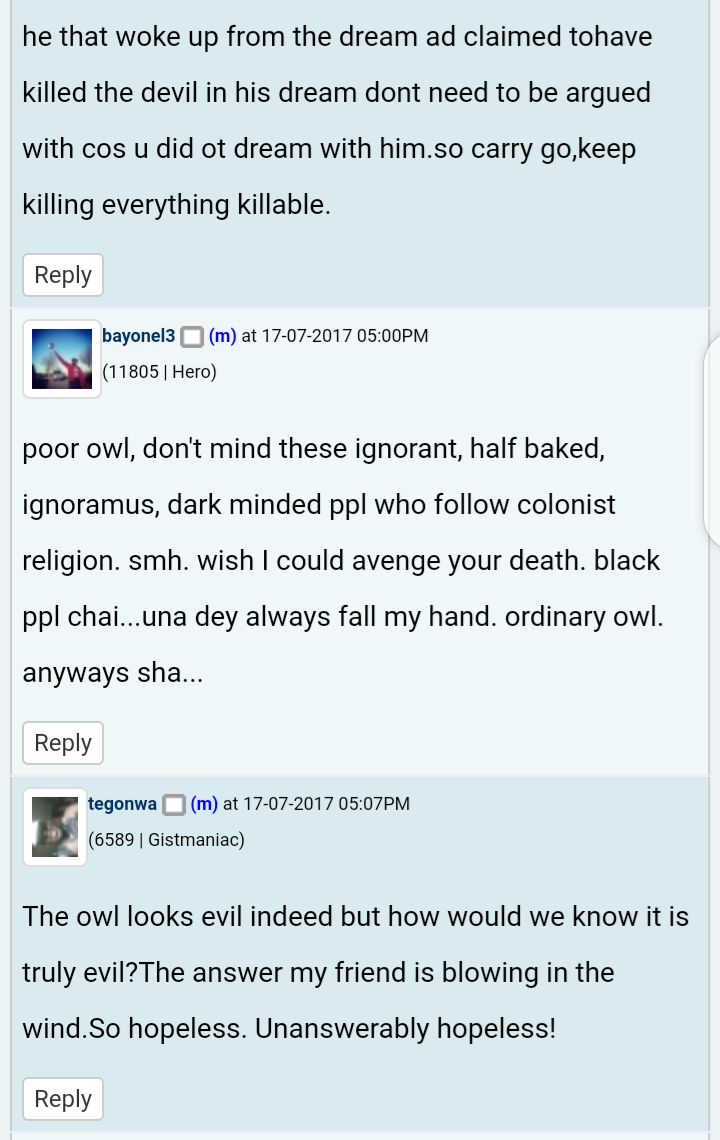 As if that was not enough last month I came across another sorrowful incidence in which a man killed innocent owl that lost its way and fell in his house. He wasted no time in killing the nocturnal animal which was probably out in the night to look for food for its young ones only to be killed by an ignorant traditionalist in keeping with what his ancestors had passed down to his generation that such birds symbolises bad luck and therefore should be exterminated.

But come to think of it, every animal is created by the almighty for a reason, unfortunately when it comes to superstition all tribes in Nigeria and by extension several other African countries are complicit. Many African societies are deeply enmeshed in bizarre and baseless beliefs with the resultant danger to the innocent.

We have been told of bad omen by animals like dogs, cats, snakes and so on. To date, in some states in the south innocent old women especially the poor vulnerable ones are seen and labeled as witches. Last year I read of an innocent septuagenarian woman who was said to have been flying in form of bird then she fell down as human. Surprisingly people with degrees surrounded the unfortunate lady as hoodlums try to lynch her alive.

However, if one looks inward all these are product of pathological fear that characterises human nature. Perhaps in all the creatures of the universe man is the most fearful, dreadful and selfish being ever created. Man can take arbitrary action based on illusion and wreck great havoc to fellow humans and animals alike.

Yes this is how all of us function except the enlightened few. Fortunately with some training from the family circle and schools people begin to appreciate the sacrosanctity of every soul be it man or animal by taking great caution not to hurt innocent creatures. However, Africa still has along way to go in this regard. 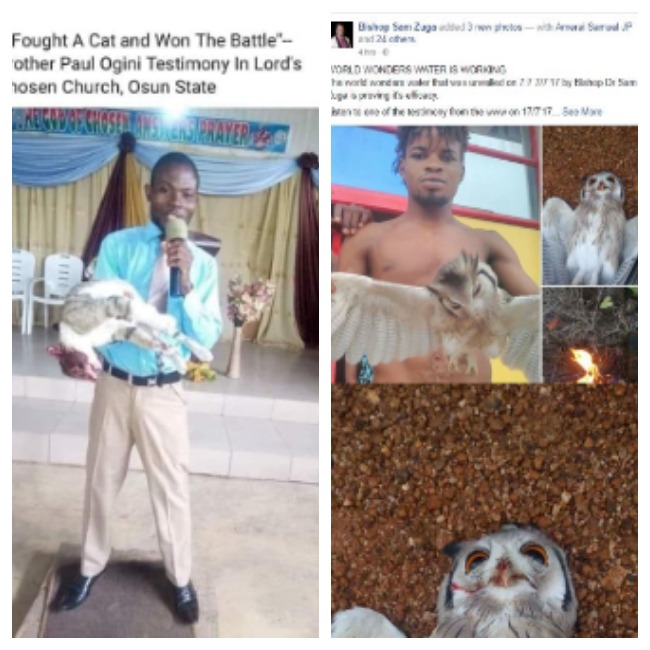 Content created and supplied by: Teecomplex (via Opera News )