Crocodiles are large semiaquatic reptiles that live throughout the tropics in Africa, Asia, the Americas and Australia. They are members of the order Crocodilia, which also includes caimans, gharials and alligators.

Crocodiles are mostly nocturnal animals. They are predators and spend most of their time in the water; although they are also known to make journeys of several kilometres over land. In the first weeks of life, crocodiles eat insects, crustaceans, snails, small fishes, frogs, and tadpoles. Older crocodiles mainly eat fish and are more apt to prey upon waterfowl and on mammals. Occasionally, a member of one of the larger species eats a human, though such incidents happen so infrequently that crocodiles cannot be generally regarded as man-eaters .

Below are Interesting Crocodile Facts .

1) They have 24 very sharp teeth but they never use it to chew prey :- They use their teeth to grab hold of, grasp, and crush their prey or food instead. Their jaw operates in such a way that it cannot move sideways, therefore they can’t grind down on food in a traditional chewing motion. 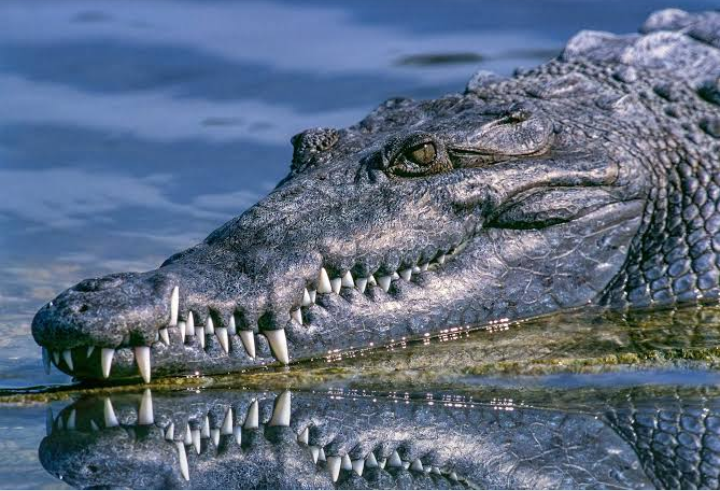 2) Crocodiles kill and eat their prey by drowning them.

3) Baby crocodiles can make noises from inside their eggs before they hatch.

4) 99% of all young crocodiles are eaten in their first year of life.

5) A crocodile's bite is the strongest bite of any animal in the world.

6) They swallow small stones to aid in digestion :- This process is known as GASTROLITHS it is beneficial for crocodiles that eat their prey whole or for animals with shells and bones. Gastroliths help grind the food in their stomachs. These stones can remain inside the crocodile’s stomach for years.

7) They are the biggest reptiles on earth .

8) Versatile Habitat :- Crocodiles are quite a versatile reptile which means they can live in a variety of environments. Some of these may include lakes, rivers, freshwater bodies, salt water and brackish water (a combination of salt and freshwater).

9) Although they have since been replaced by humans, crocodiles were once at the top of the food chain.

10) Ever heard the term ‘crocodile tears’? There’s an age-old myth that crocodiles cry when devouring their prey. And while technically crocodiles have glands that can produce tears, it’s not actually considered crying. Whilst eating, the crocodile swallows too much air which impacts with the lachrymal gland and forces tears to flow. 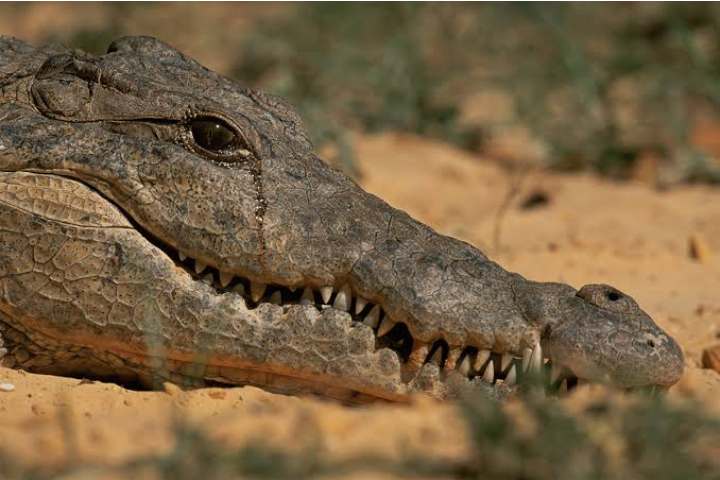 11) Type of Food they eat :- The diet amongst crocodiles differs greatly depending on whether they are confined or not. In captivity, the large reptile will usually eat already killed animals such as mice, fish, rats, etc. However, crocodiles in the wild will usually go for crustaceans, frogs, birds, deer, etc. Although, we’re pretty sure anything is fair game for a crocodile in the wild.

12) They often sleep with their mouths wide open :- Do not panic if you see a crocodile with its mouth open. Most people automatically assume that they are in immediate danger once they see a crocodile out of the water with its mouth open. But in reality, they open their mouths, which is known as “mouth gaping” to simply cool off. Crocodiles do not sweat so they will sit or lie with their mouth open to release heat. It might look scary, but they are not really displaying aggression. 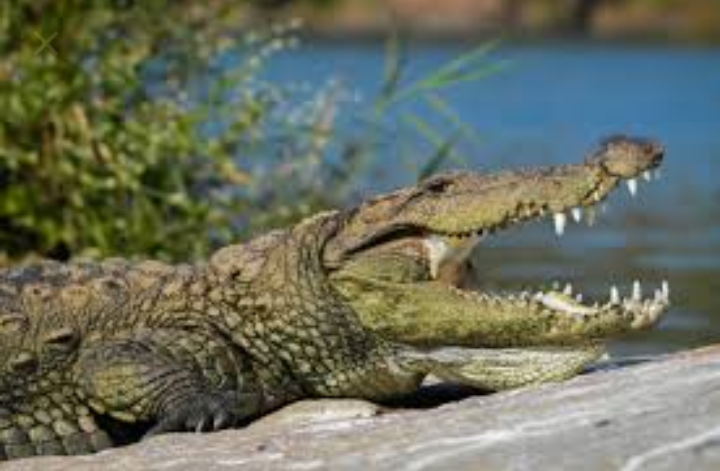 13) They are related to Dinosaurs :- Although crocodiles are classified as reptiles, they are more closely related to dinosaurs and birds. 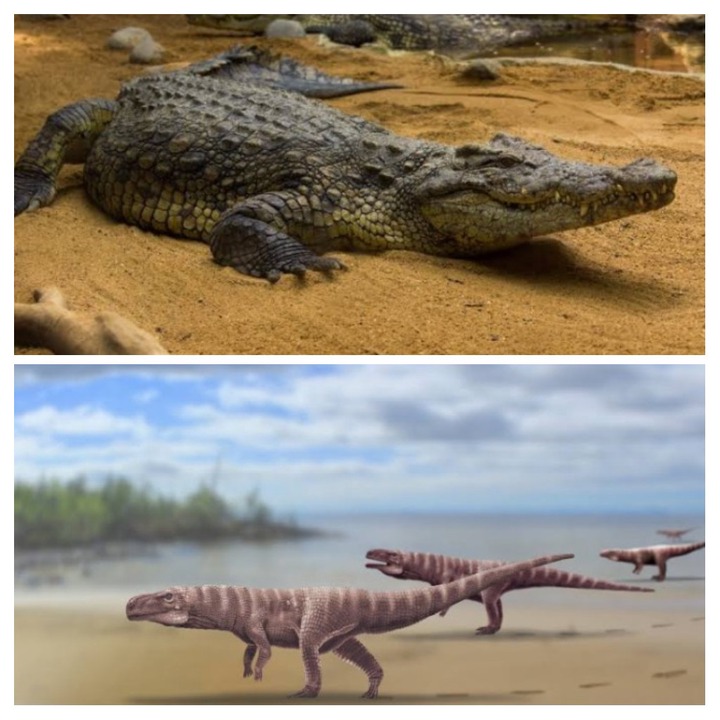 15) Breeding :- When a female crocodile lays eggs (of which there can be up to 60 at a time), the temperature of the nest where the eggs are laid actually determines the sex of the baby. If the temperature is less than 32 degrees Celsius, the baby crocodiles will be female and if it’s above that temperature, they will be male . 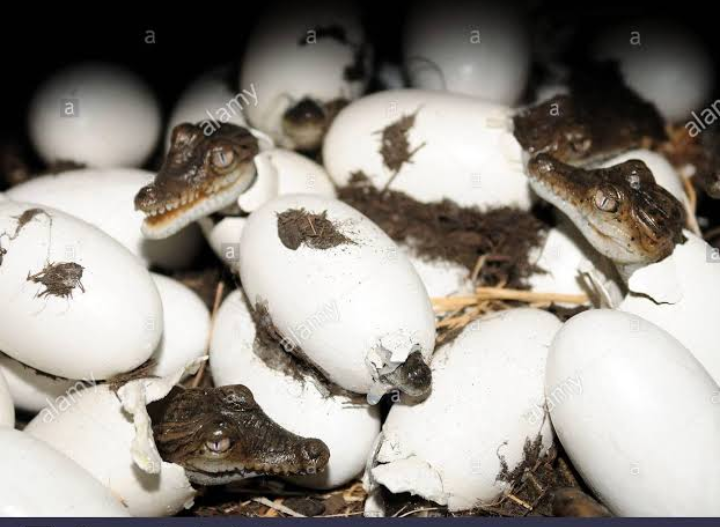 16) Differences between Crocodiles and Alligators :- Alligators and crocodiles are distant relatives. Some people might confuse them with each other, but there’s a way to tell which is which. By looking carefully, one can see that they have very different mouths. All teeth are visible on a crocodile’s jaw even when it is shut. In comparison, the alligator’s teeth are not visible when their mouth is closed. They also have wider, U-shaped snouts, while crocodiles have more pointed and V-shaped ones . 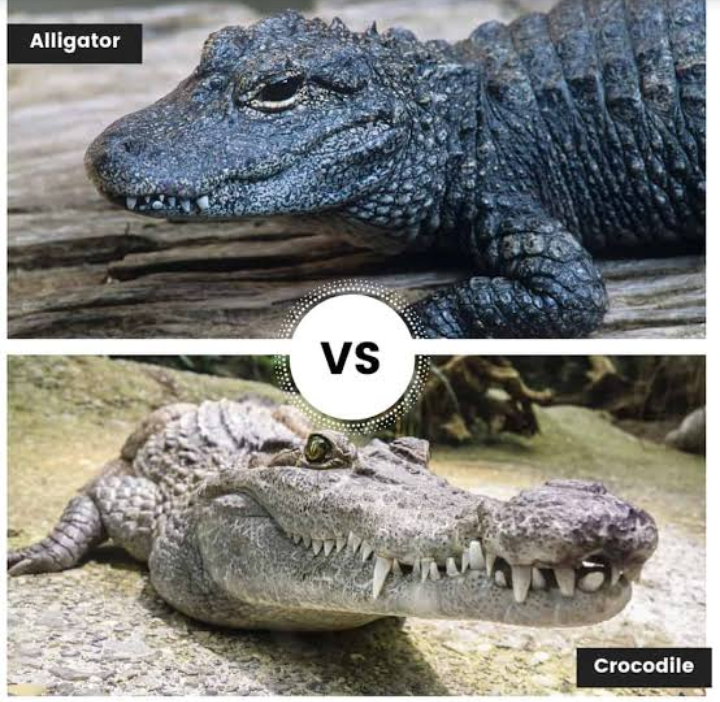 I hope that you found these facts interesting and learned something new.