Sometimes scientists can be strange at times,you may have seen or heard of strange things being done in the name of science.

Today I will be showing you crazy hybrid animals created by scientists that will really shock you... 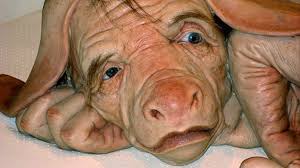 Scientists announced that the created the first ever human - animal hybrid and they let it grow up successfully for a period of 5 weeks, before forced to terminate it before it grew any further,this type of genetic engineering was nothing but a dream for scientists all across the globe and the world at large,but the day when they successfully pulled it off opened up so many possibilities,I mean what you might be thinking is what use would this kind of hideous creature be to humanity at large. 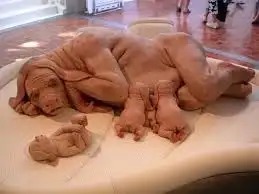 More than 150 of the embryos developed into chimeras, which meant that they had developed the precursors of organs including the heart and liver,but they contained a small amount of human cells, around one in 10,000 of the hybrid cells were human. The Zorse is the result of cross-breeding a generally male Zebra (stallion) with a female Horse (mare) to produce an animal that looks more like a Horse than a Zebra, but one that has stripes. ﻿Yes, the zorse is a real animal. A zorse, also known as a zebroid, zorse, zonkey, zebmule, or zedonk is a hybrid animal. It is born when a male zebra is crossbred with a female horse. ... The genes from the zebra give the equine hybrid resistance to diseases and other pests that invade donkeys and horses. ﻿Belgian Blue cattle were first used as a dairy and beef breed. The modern beef breed was developed in the 1950s by Professor Hanset, working at an artificial insemination centre in Liège province. 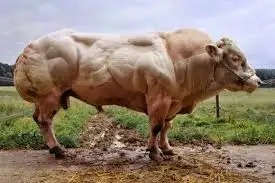 ﻿They're called Belgian blue bulls, and the reason they look so bulky is because of a naturally occurring mutation called “double muscling,” which occurs when the animals lack a certain protein that regulates musclegrowth. So my question is,are scientists trying to be like God? Can they really do what God did?