By Paphael (self media writer) | 2 years ago

Three hikers in Mexico overcome fear and remained calm as wild black bear approaches the three women from behind. In a much tensed moment, the dual decided to take selfie despite knowing how dangerous and deadly the animal can be. 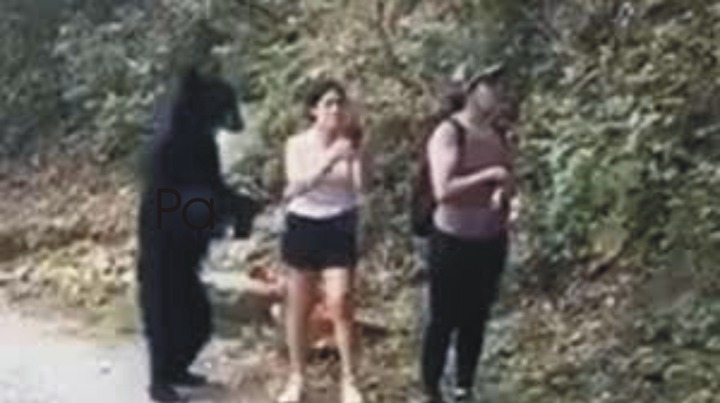 The scene of the encounter was at a popular hiking trail at Chipinque Ecological Park in San Pedro Garza García in Mexico. Hiking is types of activity (it can be sport or exercise) were a person or group of people march a great distance through rocky area, rural or unfamiliar terrain for pleasure or other purposes. From the video footage that was sheared on the internet, three women hikers were walking through the park, when a huge black suddenly appeared from behind and started moving towards them. In the video, one woman was very close to the bear, while the other two have to remain calm to avoid provoking the black beast; they had no other choice than to watch the bear go close to their friend to take a sniff. 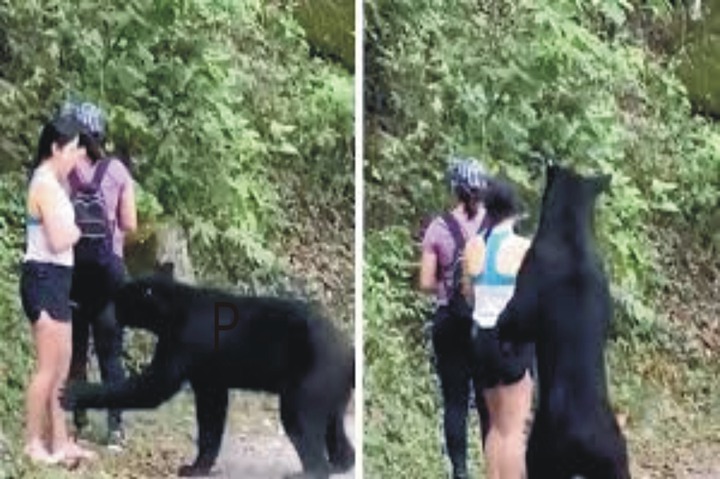 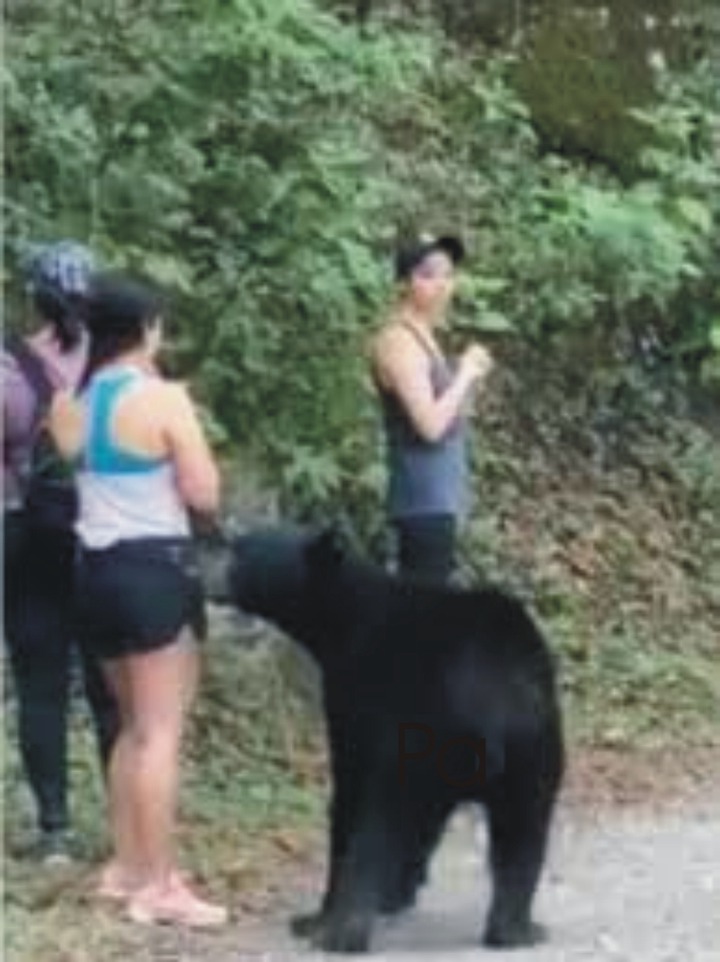 According to UK sun, the animal briefly drops onto the ground, but suddenly lurches back onto its hind legs again and presses himself against the woman. Bystanders try to distract the black bear - however, it's preoccupied with sniffing the woman's head. The other two women brought out their mobile and started taken selfie of the unbelievable event. It was as if the bear knew what was happening, the animal waited for a while as the snaps was going on, and after the beast quietly moves into the bush; while the women speedily run away from the place. The footage was shared on the social media, and has been viewed more than 2 million times. Black bear is the second largest carnivores animal on land, the largest is their close relative the polar bear. This huge canine beast lives in the America, Europe and Asia, they are highly aggressive and cases have been reported were these animals attacked and feed on men.