By vitalgist (self media writer) | 2 years ago

Earth is a dangerous place, from animals like lions and tigers that can hunt us as prey to venomous reptiles like snakes that can poison us, there are a vast number of animals out there that possess the ability to harm us. However, some of them are more dangerous than others.

Here is the list of 5 most venomous creatures that can kill a human in less than 60 minutes.

Who would've thought that snails could be dangerous. However, the Cone Snail is one of the most venomous predators found in the ocean.Their venom is potent enough to kill a human in less than an hour and they possess enough of it to kill 20 human beings. Human encounters with Cone Snails have been rare, however, 65% of the people who were attacked by Cone Snails have lost their lives. These snails can be found worldwide in warm and tropical seas and oceans and usually feed themselves by hunting small fishes. 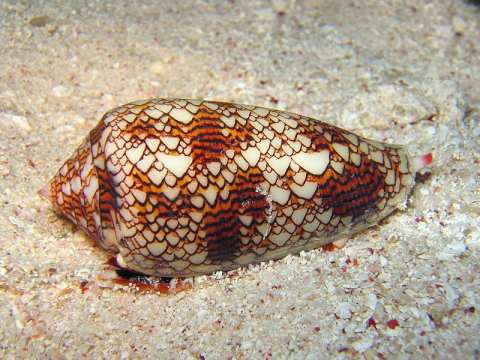 The Inland Taipan snake holds the title of being the most venomous snake on planet earth. It possesses the most lethal venom found in any reptile. A single drop of venom of the Inland Taipan can effectively kill over 100 humans. A human can succumb to death in less than 45 minutes after being bitten by the deadly snake. The Inland Taipan is indigenous to the semi-arid regions of Western Australia. The Blue-Ringed Octopus is very small in size, measuring just 12 to 20 cm (5 to 8 in). However, one should not be deceived by the small size of this deadly animal. The venom of Blue Ringed Octopus is 1000 times more potent than cyanide and the animal carries enough of it to kill 26 humans. Its venom can usually paralyze a person in under 5 minutes and can kill that person in less than 30 minutes. They are usually found in the Western Pacific and Indian ocean regions. There is no antivenom available to treat a Blue-Ringed Octopus sting . The King Cobra is the longest venomous snake found on the planet, reaching lengths up to 18 feet. The venom of the King Cobra might not be the most potent one out there but the sheer volume of the venom is so enormous that it can kill a human in less than 15 minutes, effectively making it the deadliest snake of the planet. King cobras are normally found in the rain forests of South Asia and Southeast Asia. The title of the most venomous creature on planet Earth goes to the Box Jellyfish. Found in the oceans of Northern Australia, these jellyfishes usually inject venom into the bodies of their prey by stinging them with millions of small nematocysts present on their tentacles. The venom of this infamous jellyfish is so potent that it can kill a human in less than 5 minutes and they possess enough venom to kill 60 humans. There is no antivenom available to treat a Box Jellyfish sting.

Content created and supplied by: vitalgist (via Opera News )