Guide to Ethology: Exploring the Study of Animal Behavior

When bees need to communicate with one another, they do a waggle dance; when squirrels live in small social groups, they are willing to risk their lives to protect the others. These sorts of behaviors are at the core of a scientific field of study called “ethology” the study of animal behavior. 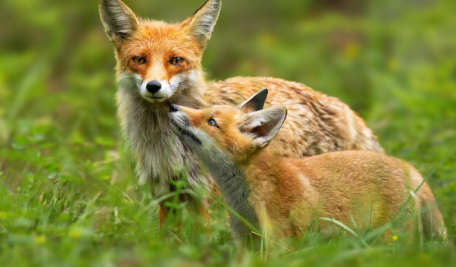 Ethology is the scientific study of animal behavior including animal communication, predation, defense, aggression, mating, imprinting, fixed action patterns and releasers, and migration most often in their natural conditions. One major facet of ethology is the study of instinct (behaviors that animals inherit and exhibit without reason) versus learning (behaviors animals develop during their lifetimes).

What Is the History of Ethology?

The first ethologist was Charles Darwin, whose contributions to the understanding of evolution, natural selection, and reproductive success set the stage for a discussion of the evolution of animal behavior. Darwin published a book in 1872 called The Expression of the Emotions in Man and Animals, which was a major influence on modern ethology.

The field grew in popularity during the early twentieth century with the works of Dutch and Austrian ethologists Konrad Lorenz, Nikolaas Tinbergen, and Karl von Frisch all three of which were jointly awarded the 1973 Nobel Prize in Physiology or Medicine for developing the field. Today, the field of ethology is an established scientific discipline, with entire societies and journals dedicated to ethological research.

What Does an Ethologist Do?

During an average workday, an ethologist may study the behavior of animals in their natural environment, develop ethograms (catalogs of animal behaviors), research animal behavior, or write or publish their findings.

Since ethology is such a wide range of study, ethologists may specialize in any number of fields, including: University research, agricultural animal husbandry, animal training, and zoo keeping. One of the world’s most famous ethologists is Jane Goodall, who dedicated her life to studying the natural behaviors of chimpanzees in Tanzania.

Why Is the Study of Ethology Important?

Ethology plays a huge role in many fields:

Anyone with a new puppy or kitten knows that training can be a challenge. By understanding the natural behavior of animals in certain species and breeds, you can better understand how to encourage desirable behaviors and discourage undesirable ones.

Ethology is a vital field for anyone working to protect vulnerable species if you understand the naturally occurring behaviors of an animal species, you’ll understand how to keep them safe. For instance, the California condor almost went completely extinct because hunters weren’t well informed of its scavenging habits, and the condors were scavenging animals that had been killed with poisonous lead bullets. Understanding the behavior of wild species can help you protect vulnerable animal populations from honeybees to gulls.

Have you ever seen a dangerous wild animal while out on a hike? Did you know how to react in order to stay safe and keep the animal calm? Having a basic understanding of ethology can help you stay safe when encountering animals in any situation whether you see a bear, a rattlesnake, or a venomous spider.