Check out the critical differences between humans and animals 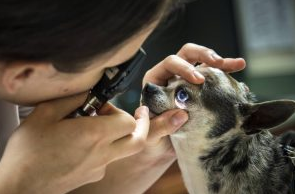 Well to start, most animals have a lot more protective covering than us. It is interesting that most of the answers to this want to focus on the similarities between us, rather than the differences. Just saying. There are some technical answers on here and I'll list a few but I really want to take it from aspects I am dealing with in therapy all the time. how to find motivation from the heart, not just reactionary.

Animals have heightened their adaptability to live in the niches they evolved in. They have coded instincts, we don't.

Ours are limited when we're born, to sucking, pain, falling, and startle. Laughter in humans seems to pick up within months. Not so in animals. And we truly cry. There are basic aspects animals have and because we have evolved from animals, we still have those basic categories. I too had trouble as I wrote this out because I see a basic of some kind, in some animal, in every category. The primacy of these emotions is showing each to be the trigger of behavior with high survival value.

I know the animals have the basic categories but we have evolved ours to much higher levels animals don't have. We certainly like to anthropomorphize our little furry friends but they will eat you when you don't feed them. You can have a relationship with them, but they are still in another realm. The research on dogs shows they have been bred to stay as puppies and have lost the ability to turn into mature wolves. Which is another thing; we can breed them for traits we want. Varieties which wouldn't have existed had we not mucked with it. They don't breed us. There are very crude elements of these traits animals do but it is at such a level, you have to push it to say; it "knows what it's doing" Art, math, musical instruments, sorting time, creating and using a calendar, making or using fire, especially for improvement like cooking. Making artificial light and heat, presenting a logical treatise, plumbing, pastime games like hop scotch or jacks and taking turns in a queue which was decided by rolling dice or some other measure of chance.

They don't tell stories to their grandchildren or convey a yield sign. Building a machine to do something when they aren't there is not conceived of, much less done. They can't make a communication or a sensing device past what they were born with. We now see infrared, ultra violet, and all the other radio spectrum. We invent, they adapt. Petitioning humans, their "oppressor," for a better life or recognition of their rights isn't going to happen. The world isn't fair, Humans decide "rights". Animals can't think that way. They don't have what we would call moral behavior. There isn't a group of animals covering up their genitalia because some in their group find it morally reprehensive. The larger thing is, animals don't show the kind of spiritual markers we are capable of. Compassion, forgiveness, grace, beauty, faith, gratitude, joy and yes; love, in the sense of belonging to everything.

Some other human abilities which animals don't seem to express:

Adoration, Agape, Exaltation , Pride, Amazement, Marvel, Humility, Enchantment, Awe, Kindness, Charity, Generosity, Mercy, Benevolence, Grace, Exoneration, Valor, Heroism, Gallantry, Sympathy, Appreciation, Thankfulness, Gratefulness. And people can listen inside themselves to a voice which changes the direction of their life, who they are. We just don't see that. with critters. We decide and change our minds at whole other levels.