Is It Illegal to Give Food to Stray Cats?

Receiving a fine for giving food to feral cats or any other animals isn’t common, but it can happen. In today’s article, we’ll tell you why feeding stray cats can be harmful and sometimes even illegal.

On a national level, there are no laws to keep you from giving food to strays. However, you may be surprised to find out that experts advise against the practice of feeding feral animals. Keep reading to discover more information on this issue and why it’s such a problem. 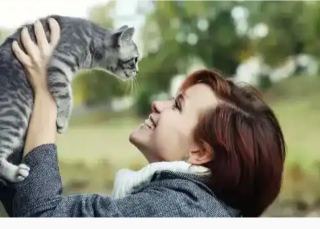 Feeding stray cats: Is it illegal?

Unfortunately, animal abandonment is a growing problem. Despite endless campaigns to raise awareness, there are still humans that make the decision to abandon their pets. It’s true that there are many individuals and organizations that are willing to help these defenseless animals. However, it’s important to understand the diverse legal aspects before doing so.

There’s no federal law that prohibits feeding stray cats or any other type of animal. However, it’s important to look into the local laws where you live, including laws that may apply to your specific community or neighborhood.

Why is feeding stray cats a bad idea?

There are several reasons behind it being a bad idea–and sometimes illegal–to feed strays. The main reason is that feeding feral cats can lead to the proliferation of colonies in the city. And these colonies can be a threat to public health.

Since feral cats lack rigorous controls by a veterinarian, they can carry a variety of illnesses… Not to mention that they produce unpleasant smells and messes as well as bothersome noises. At the same time, local authorities often argue that the presence of cats attracts other animals that we don’t want in urban areas.

According to different laws and regulations around the country, feeding stray cats is a problem for neighbors. Their presence increases hygiene and health problems which are already an issue for society.

Since conditions can vary from one place to another, it’s good to seek out the specific animal control regulations where you live. That way, you can avoid possible fines or other penalties.

Feeding stray cats isn’t good for them either

Feeding strays isn’t just an issue about the health and comfort of the citizens of a community. It’s also something that can be harmful for the health of these animals themselves. What do we need to keep in mind? Many people, even with the best of intentions, give cats food that isn’t suitable for them. Not only do they fail to meet minimal nutritional requirements, but they can also be extremely harmful to a cat’s health in general.

What’s more, feeding strays attracts even more cats to the immediate area. These cats breed, multiply, fight, and spread diseases to one another. And as their numbers grow, they become impossible to nourish, which can lead them to starve… Especially when well-intending neighbors become overwhelmed by the crowd and stop setting out food.

Ways you can help stray animals

While in some places it’s illegal to feed stray animals, that doesn’t mean we can’t look for other ways to help them. Once more, it’s extremely important to check into local animal control ordinances. That way, you’ll know just what the limits are when it’s time to act.

One way to help cats or any other stray animals is to rescue them or take them to a nearby animal shelter, humane society, or veterinary clinic.

Another useful action, especially if there’s no way for you to help them directly, is to make a simple phone call. Contact the above-mentioned entities and provide specific information about the animal you’re concerned about.

Besides the above, if you’re passionate about animals and advocating for their well-being, why not volunteer? There’s always a need for caring individuals to help out at animal shelters and other non-profit organizations.

Another thing you can do is try to raise awareness about the responsible care of pets as well as stray animals. You don’t need a large sum of money or high-tech audiovisual skills. You can simply take advantage of different social media platforms to spread your message.

The best way to avoid a fine for feeding stray cats and other animals is to stay informed about the laws and ordinances of your local community. 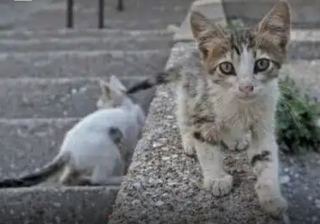 It’s important to point out that feeding feral cats isn’t the only way (or best way) to help these animals. There are many other things you can do to contribute to the well-being of stray animals and your community in general.