Note that this article is fictional; events, names and places mentioned therein do not exist and if they do exist, it is all a matter of coincidence. 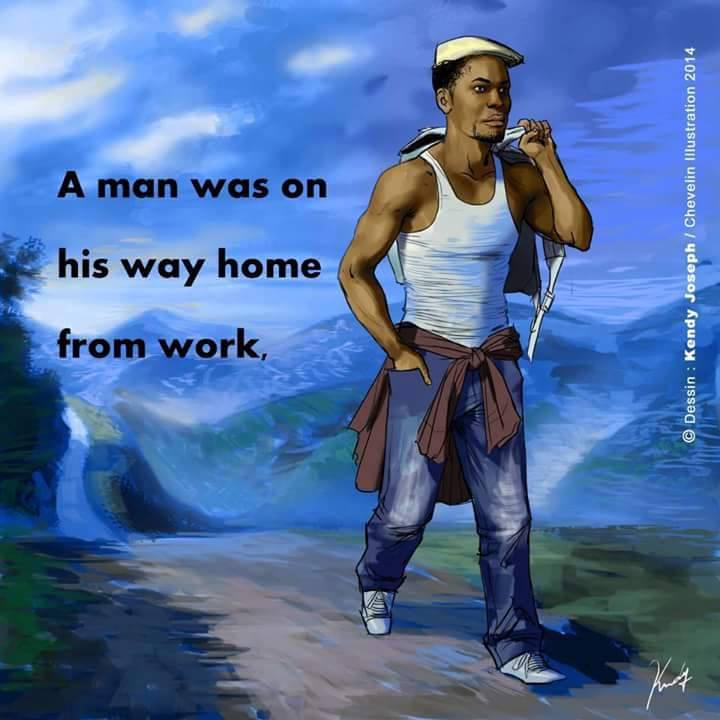 Once upon a time, there was an hardworking but randy man named Wale. He had just finished up at work and was returning home... 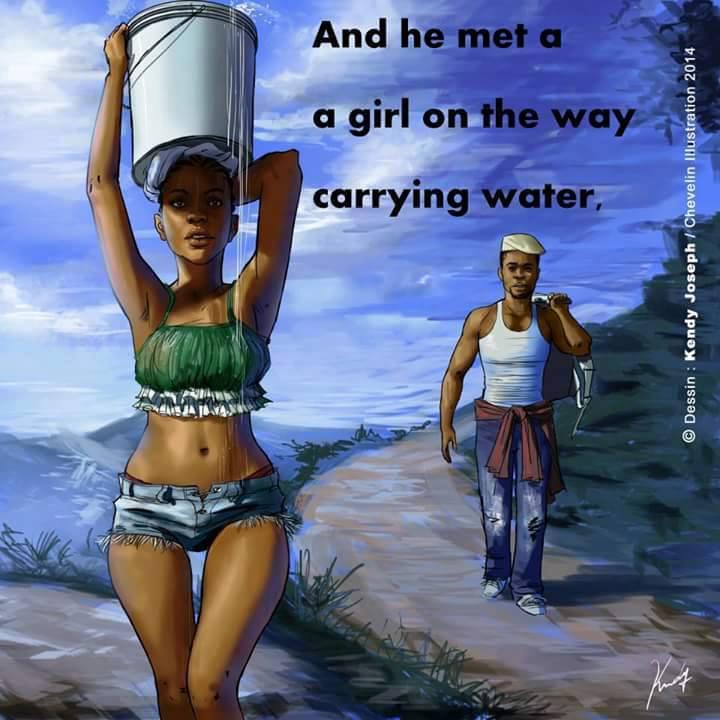 ...when he sighted a really beautiful girl. She carried on her head a bucket filled with so much water that it was dripping. 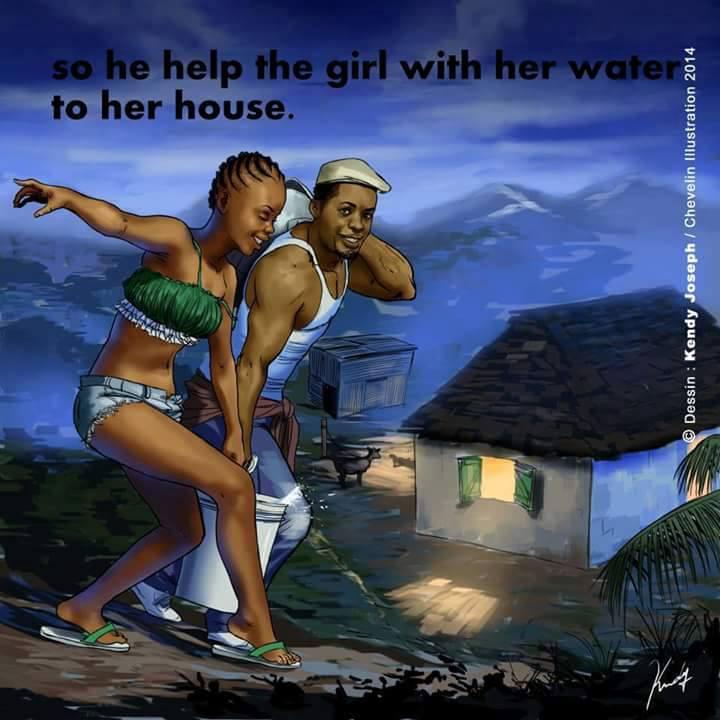 Wale, who was stunned by the lady's beauty quickly offered to help her. The lady whose name was Ewatomi liked the appearance of this man and so allowed him to help her with the bucket of water. 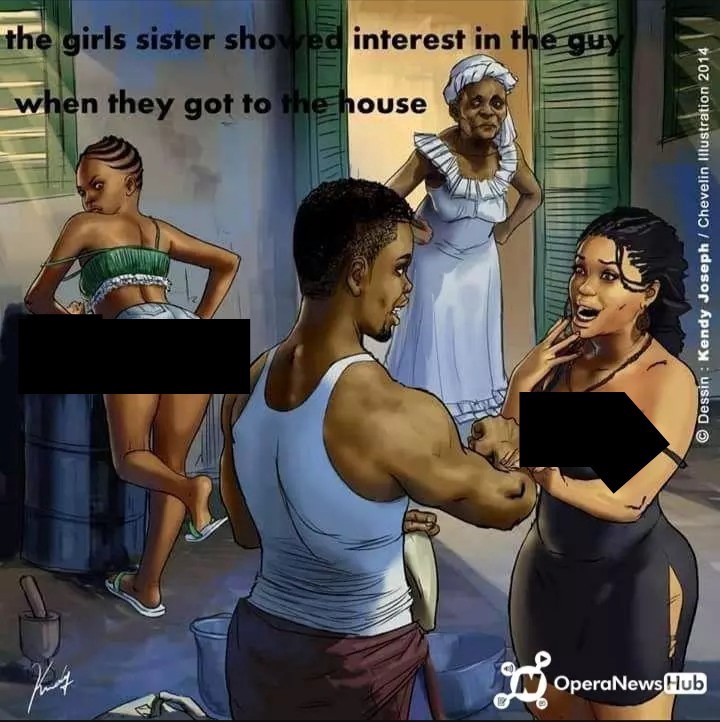 On getting to Ewatomi's house, Wale met Titi, Ewa's sister who seemed to be ready to flirt with the young man. 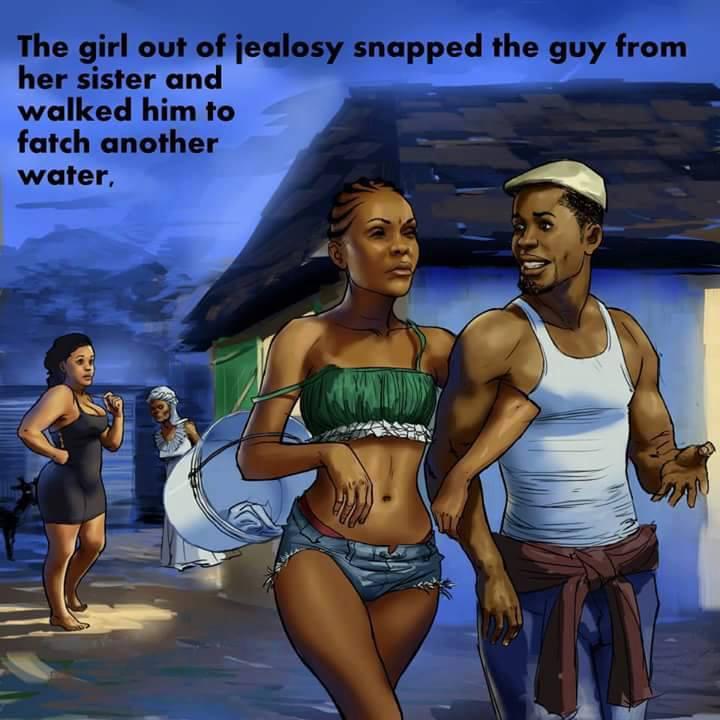 Knowing fully well that her sister could snatch him, Ewa quickly walked the Wale out to fetch another bucket of water. 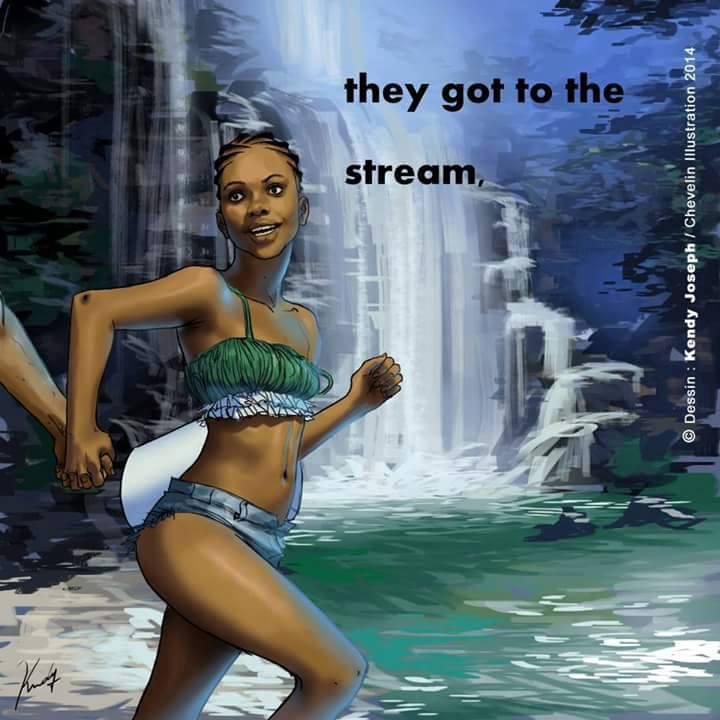 It wasn't long till they got to the stream. This was where Ewatomi had been fetching water. 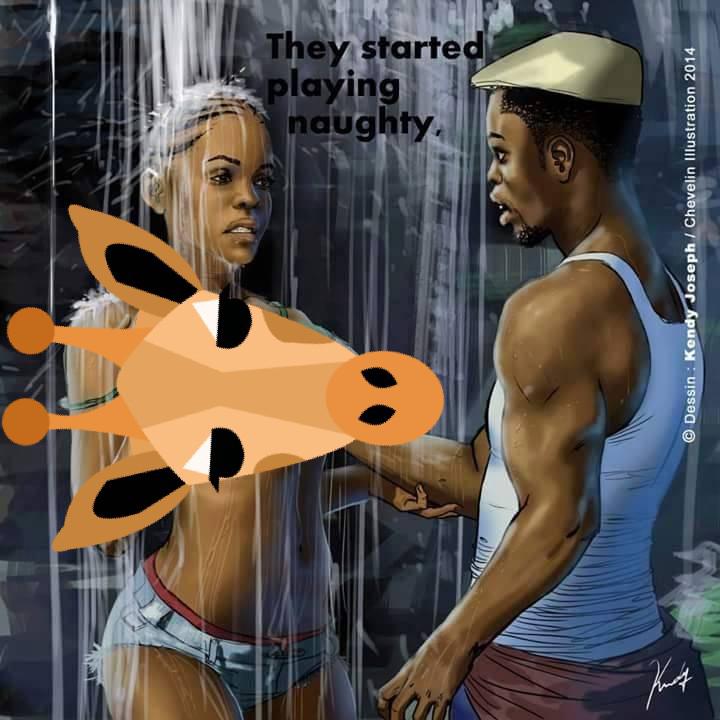 Lust drunk and seemingly in the mood, the two youths started playing naughty. 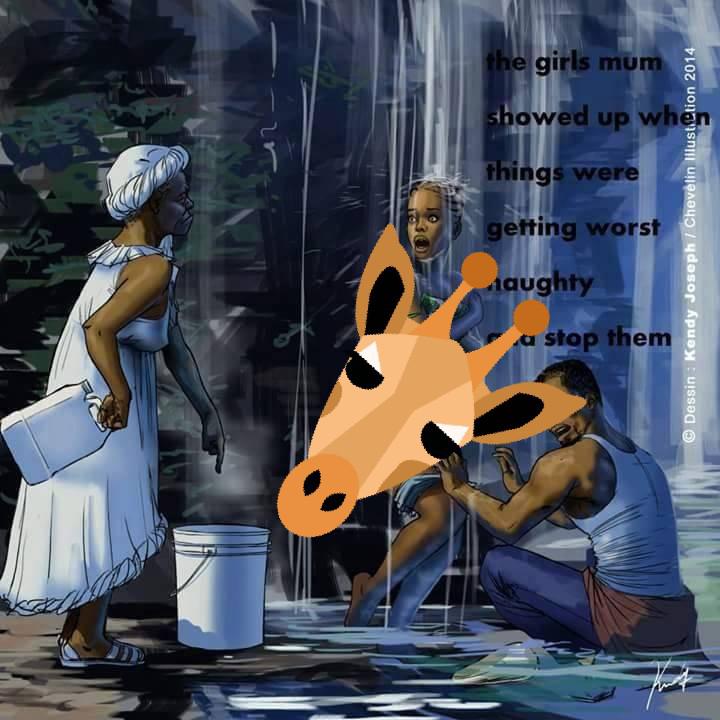 They had the shock of their lives when Mama Titi, showed up and stopped them. The man, shameful of his act quickly went on his way. 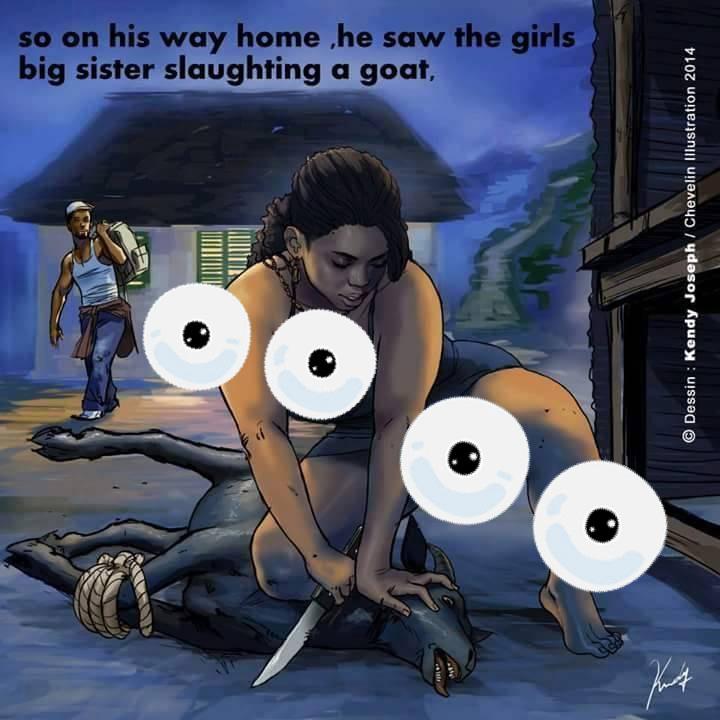 On his way back, he saw at Ewatomi's house her sister, Titi trying her best to slaughter a struggling goat. 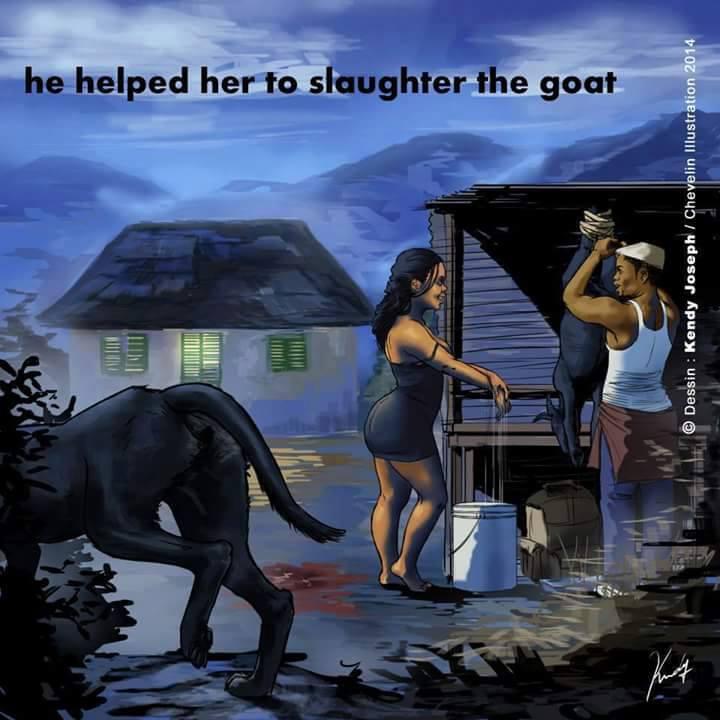 Wale helped her slaughter the goat. 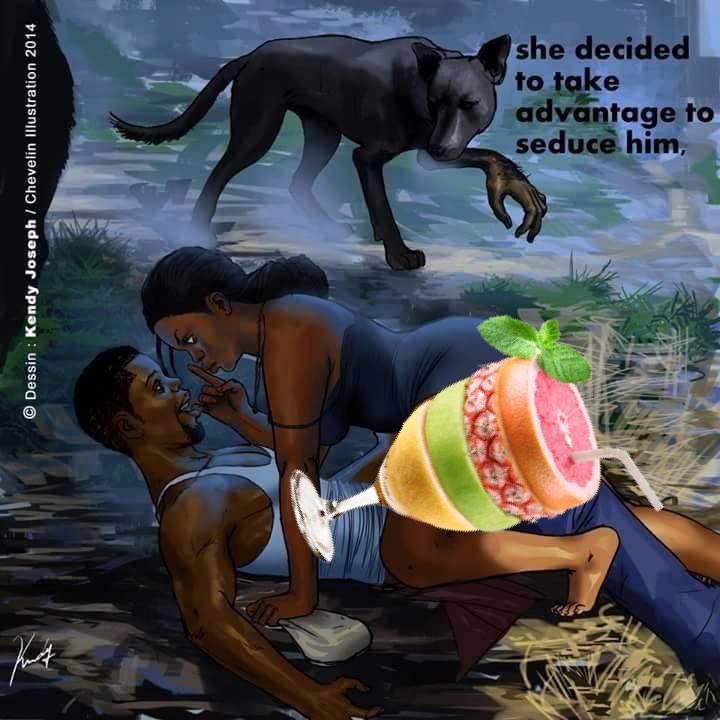 One thing led to another and right there what happened at the stream almost repeated itself. 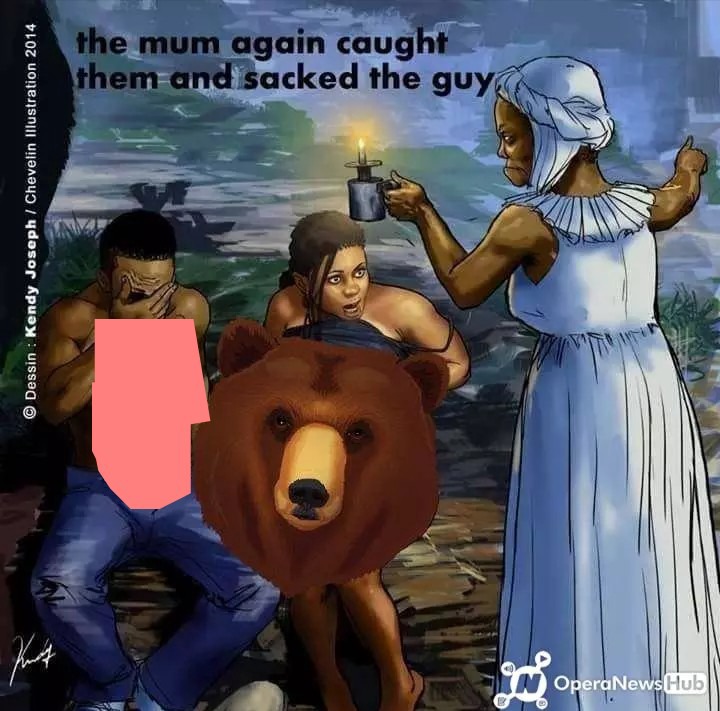 Like a bolt out of the blue, Mama Titi busted them and again sacked Wale. 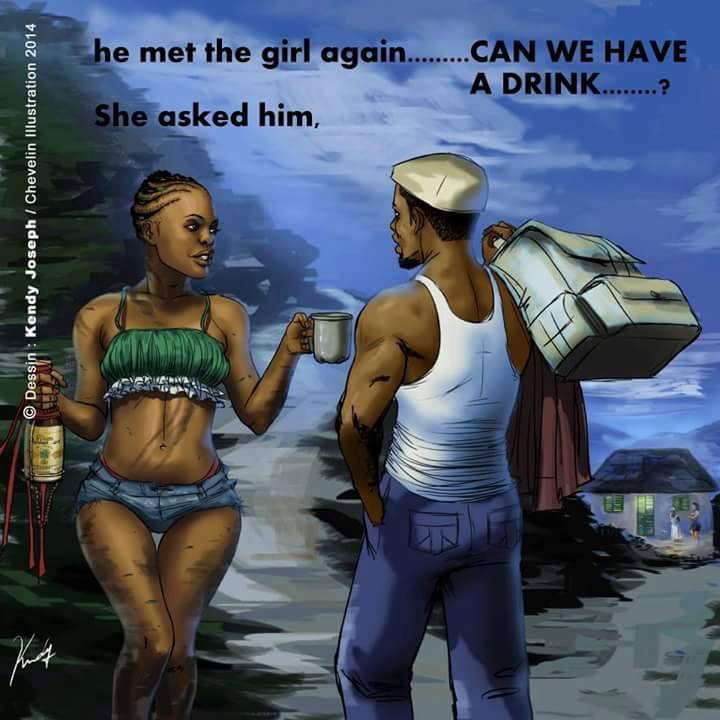 As he was going back home, Ewa who had been in hiding saw him and tried to make him drink an alcoholic brew she held in his hands. 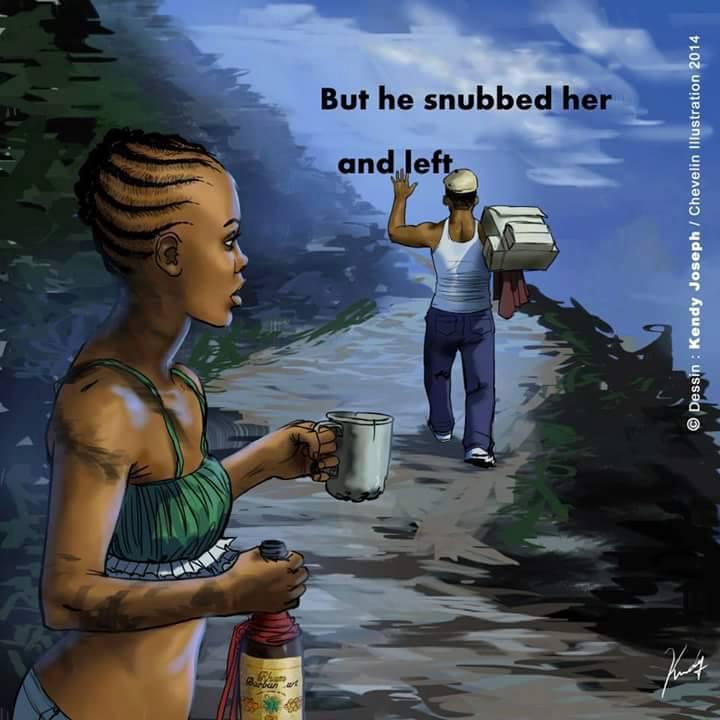 But Wale had had enough, he was tired and wanted nothing else but to sleep in his comfy bamboo bed back home. He snubbed her and hurriedly left the scene. 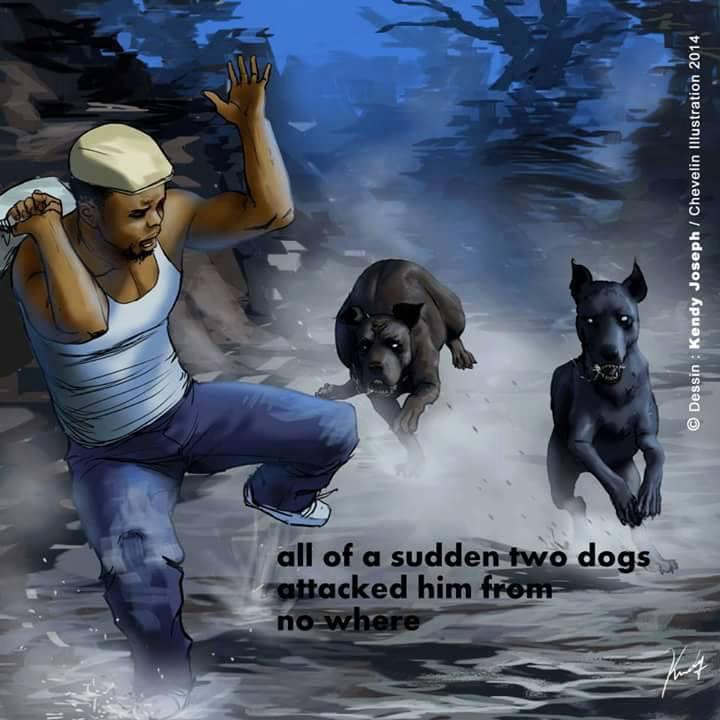 From nowhere, two black dogs raced after him in full attack mode. Wale tried to outrun the dogs but he was far too slow. 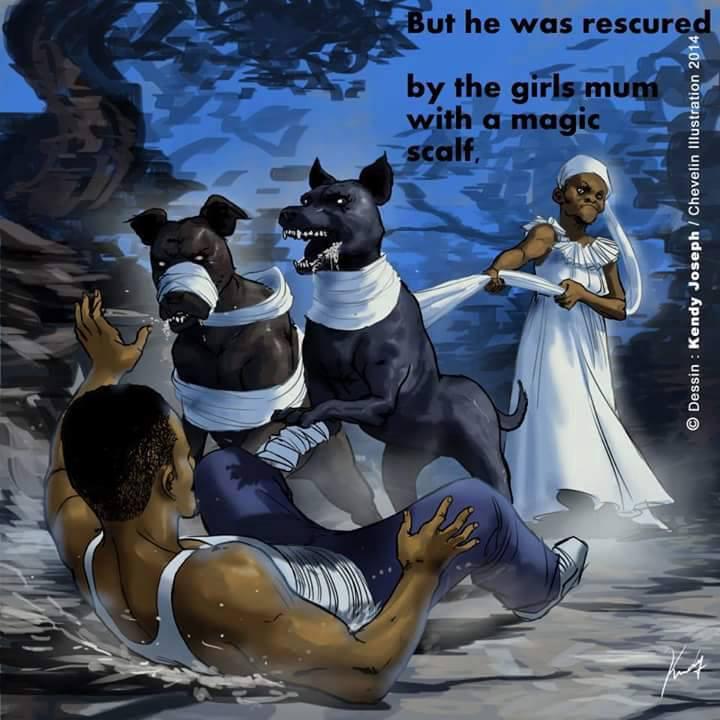 As the dogs made to devour him, Mama Titi showed up like a guardian angel to stop the animals. The mother of the two girls he had almost slept with had saved him. 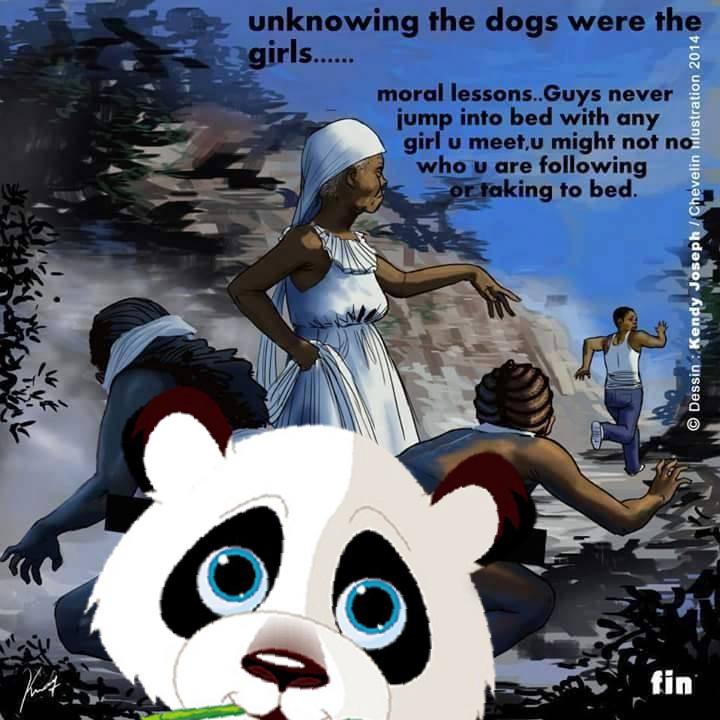 It turned out that Wale had not been attacked by normal dogs at all but rather Titi an Ewatomi who could change appearance. Like a scared rabbit, Wale ran away.

What moral lesson did you learn from this short picture story? I would like to see your answer in the comments section. 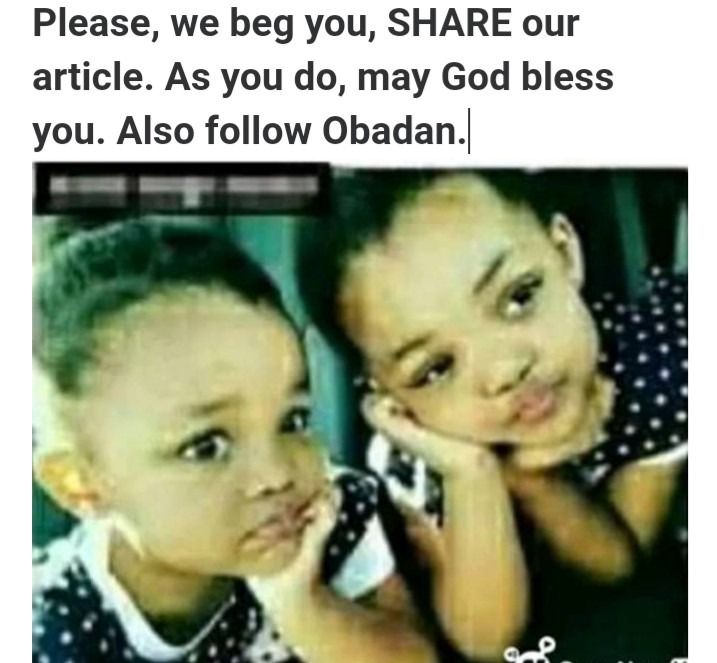