History of Asa dam in Ilorin 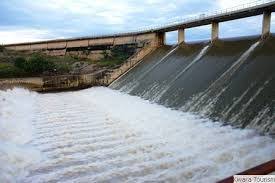 Asa Dam is located in Ilorin and was built by Julius Berger. Asa dam in all its splendor,it is the largest source of portable drinking water in kwara state and also the source of water for Fisheries, irrigation and Live stock development.

History about Asa dam. In some centuries ago,there was a brave hunter that live in a small region,he was indeed a brave hunter,because of many mystery things that was account unto him during his life.

This brave hunter was the husband to Asa. Asa was a woman that live in the same region and same house with the hunter,because the hunter was her husband. Asa was a barren woman,and after several years of trying to be a mother but proof abortive,she advise her husband to get another woman that will bear him children. At first her husband refused,but after series of pestering from Asa,her husband agree with her. Before Asa advice to her husband,there was a mysterious woman in the wilderness where Asa husband do hunt mostly,the woman was mysterious because sometimes she can be in form of animal and sometimes in form of human. This woman was the one that help the hunter the day he almost went home stranded. So when Asa advise her husband about getting a woman,he troubled himself not too much,he went quicky to the mysterious woman and brought her home,and because she is not an ordinary human being,she was unable to conceive also.

Days pass by,and the family keep being happy living with each other,although the mysterious woman do trouble Asa sometimes, but because Asa is a generous woman she always neglect her trouble.

There was a certain day that their husband went into hunting,Asa and the junior wife were at the backyard of the house conversating with each other,Asa predict that her husband will bring home a certain animal,and the junior wife due to her mysterious power,she said their husband won't bring home that certain animal,but another animal and the two woman placed a bet on it. Their husband on returning from hunting,he returned with the animal the junior wife said he is going to return with,Asa on seeing this,she believe their husband already told the junior wife which type of animal he will be bringing home that day. With this,Asa got angry and she packed all her loads in the house including her pot of water and she embark on a journey after leaving her husband house,when she got to a certain point along the junctions she broke her pot of water,the water spread out and turn into a big river and Asa herself turn into what live in the river till this moment.

I hope a new thing is known by us about Kwara State?.

Content created and supplied by: Ezekiel57 (via Opera News )