Beware: Female Dogs Are Forbidden In These Places In Port-Hacourt, Rivers State 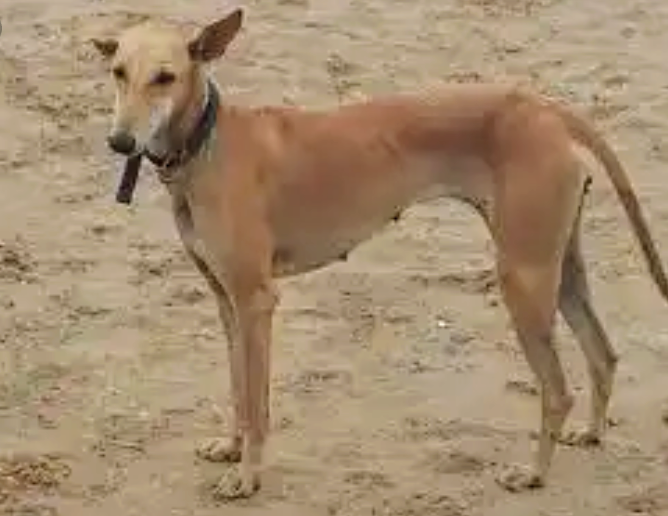 A sign post at the entrance of Rukpokwu Town, Obio Akpor LGA, Rivers state revealing that female dogs are forbidden. 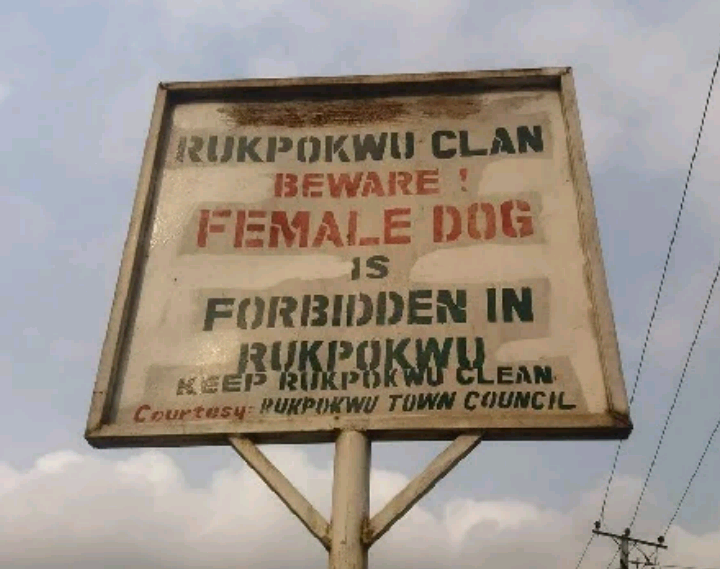 It Is a cultural belief that one of their ancestors was undone by his female dog. He was their chief an it ultimately led to his death.

The enforcement is so severe that if you are found to own a female dog the youths will match to your compound and demand that you kill your dog and hand it over or in some places they'll just kill the poor animal. Some would give you notice of a few days while some other places would jump on you. 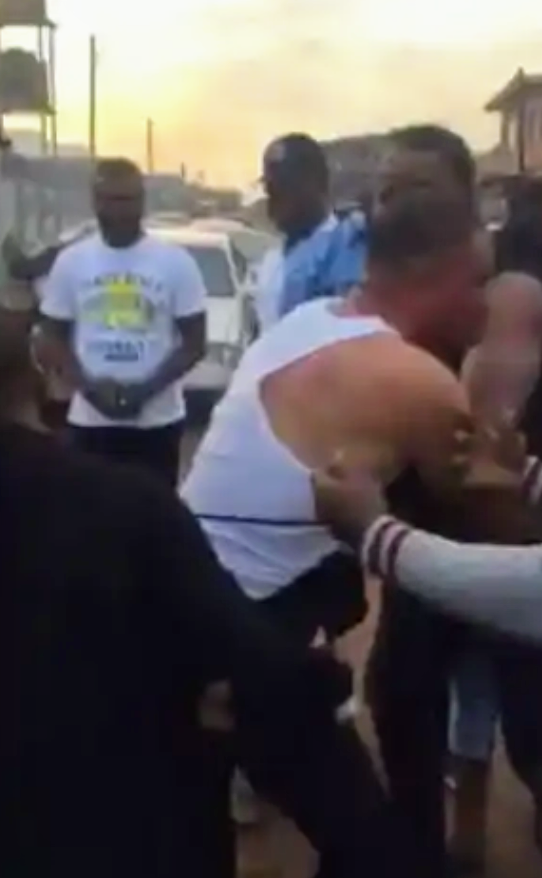 In Ogba land, no matter how big or rich you are, if you own a female dog, you will be forced to kill it or leave the town. "I know of a man that was almost killed because he refused the warnings given to him by the youths about his female dog, Instead of obeying, he refused until the youths gave him a thorough beating. He was also taken to a customary court where he was asked to leave the town".

The Story Behind The Belief In Ogba land (Same Story Everywhere). 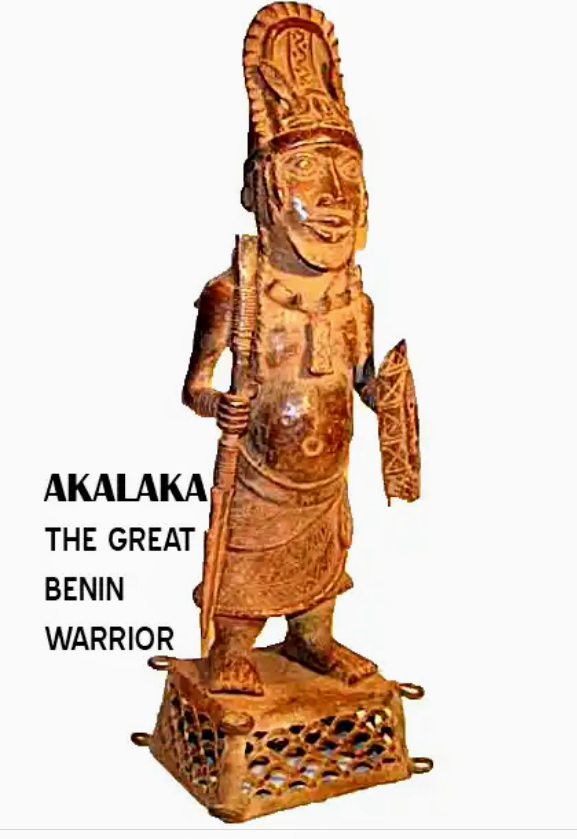 The Abor people found out that they were uncomfortable living in a marshy place, so they started making incursions which forced the Ogba people to congregate and resolve to have a king. When they were looking for someone to

lead the Ogba's against the troublesome Abors, it was Okoya who volunteered and so he was unanimously made the first Oba of Ogbaland. At the time the war came, they prepared a bunker for Okoya who was prepared to stop the incursion of the Abor people. Unfortunately there was a tactical error. Okoya had a female dog. But out of carelessness of the groups detailed to keep vigil at Onosi Omoku, the Abors well charmed, crossed and moved tp Onosi Akpu and moved up to Obikeze where Oba Okoya was staying. He was in the bunker there. And only the female dog was left, so, with the tactical nature of warefare which the Abor people were very skilful,they moved in there, saw the dog and threatened it.

The dog barked and ran to a place covered with laterite and stopped; thereby creating the suspicion that someone was hiding there. The Abor warriors dug the place and found Oba Okoya who fought gallantly but was over powered and killed. It was at this point that Ajie Ekeoha raised an alarm when he observed that the Oba's head had been taken away. The Abors were fiercely fought, and the Oba's head was retreived. It was from then that the female dog was accused of betrayal and susequently banned from the land. 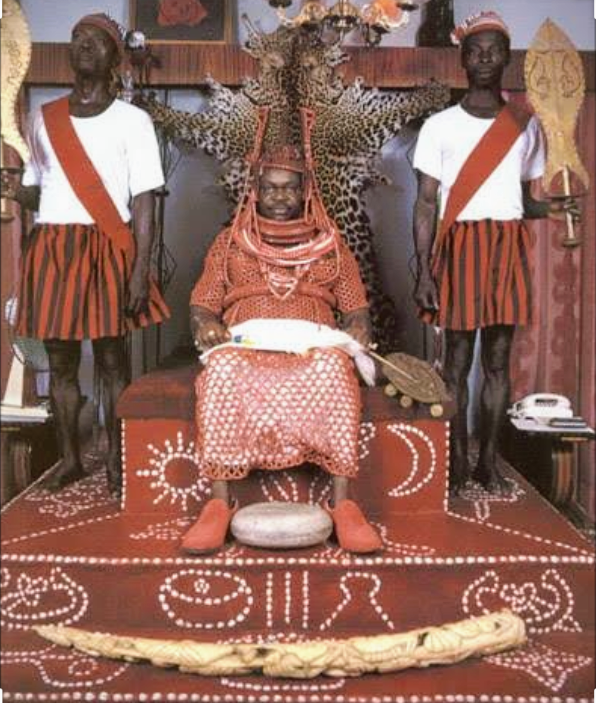 Some time ago the Oba of Ogba Land, His Eminence, Oba Chukwumela Obi II attempted to abolish one of the aged laws of the land which says that female dogs should not be allowed to live in Ogba Land. This law was greeted with serious insubordination from the people and would have also cost the Oba his stool despite his good intentions of trying to abolish the law. Therefore Ogba philosophy of positive law is that laws must not be made on the will of any man but on a sound cultural background. 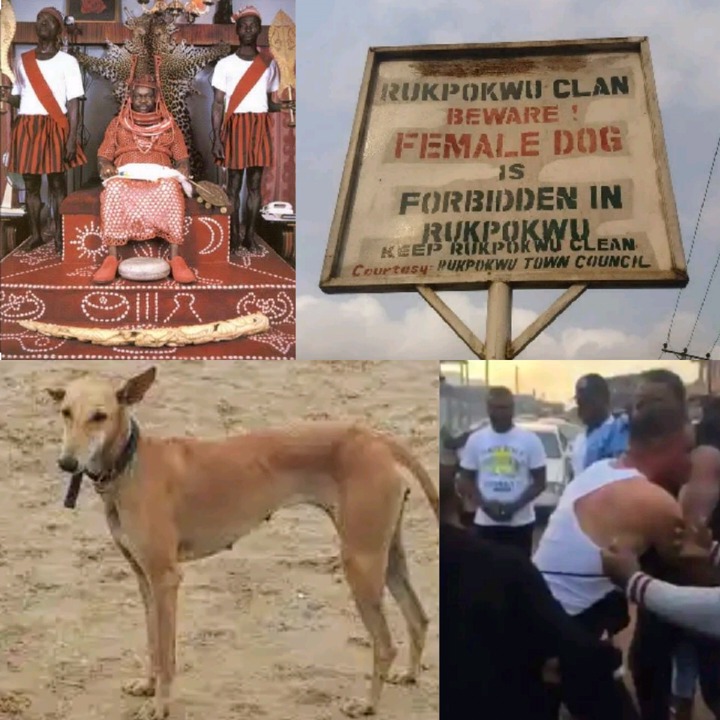