5 photos of the largest reptiles in the word

Reptiles are animals that crawl with their belly and mostly cold blooded in nature; some animals that belong to this family can live both on lands and waters. They are covered with hard skin and some can be highly venomous and dangerous, while few can post less threat to people and other animals around their environment. Five million years ago during the era of the dinosaurs, the reptiles’ family ruled over the earth as they were so gigantic that nothing could stand on their way until steroid fell into the earth and caused a devastated effect that wiped away the huge creatures from the surface of the earth. These giants might have gone into extinction, but their little sized generation left can also be seen to be very huge in their various habitats; let’s take a look at some huge reptiles still living around us. The saltwater crocodile is the largest reptile in the world; the biggest male can weigh up to 450 kg, and can grow up to 4.5 m long. These creatures are highly feared because of their highly aggressive nature and they are always ready to crush anything that comes their ways. 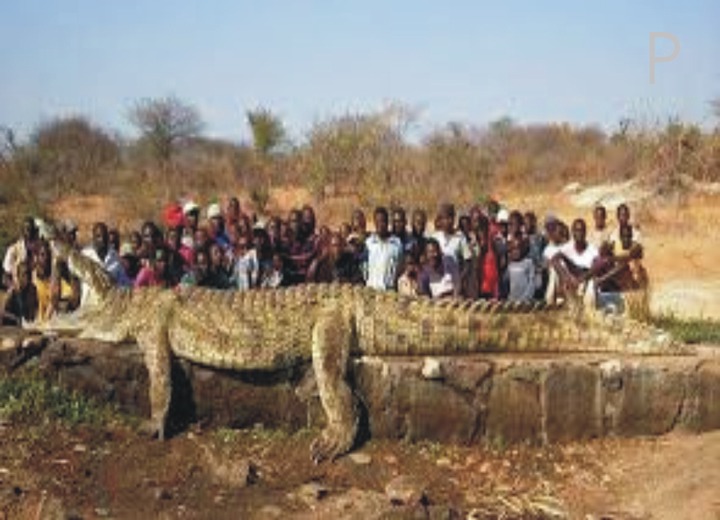 The Nile crocodile is very big, but not as big as the saltwater crocodile; the biggest male can weigh up to 410 kg and can grow up to 4.2 m long. This crocodile lives in the Nile river and can be very dangerous, they are always on the lookout for the migration season of the wide beast in the African parks, during that period, the beasts will migrate to find a greener pasture which will required them to cross the Nile river, at that point the crocodile will launch their attacks to prey on them. The leatherback sea turtle is the largest turtle in the world and it is ranked among the biggest reptile in the world. The largest can weigh up to 364 kg and grows to an average of 2 m long; these creatures can only be seen on land when they about lay eggs, after laying the eggs they will bury it inside the sand and then returned to the sea. The Galapagos tortoise is one of the largest land reptiles in the world; they weigh up to 175 kg and grow up 1.5 m in length. The green anaconda is the largest snake in the world, the largest found in recent time was 33 feet long in Brazil. They live in the Amazon and love swimming in the river hunting for larger prey like jaguars, alligators and giant crocodile; the snake is so large that it can squeeze life out of a man in 2 minutes. It is one of the most feared animals in the Amazon and the locals will do anything to avoid this huge snake. As large as the Amazon River is, green anaconda can be sported in the water from the sky as far as the helicopter height.

3 Things A Blind Volunteer Teacher In Kano State, Dahuru Idris Has Gotten In The Past Few Weeks