The 10 Biggest Animals in the World

By Wildlifestation (self media writer) | 1 year ago

Although we don’t know for sure how many animal species exist in the world, something that we’re sure of is that there are huge animals that are much taller and heavier than humans. In this article, we’ll tell you about the 10 biggest animals in the world. 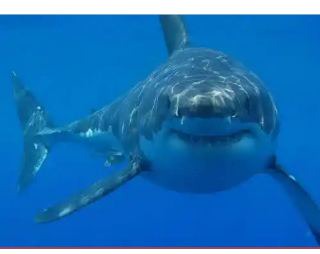 The 10 biggest animals in the world

Here is the ranking of the biggest living beings that inhabit the planet (excluding trees). Would you like to know which ones they are? 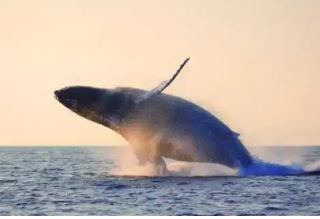 This marine mammal can measure up to 98 feet (30 meters) long, and weighs no less than 150 tons. One of the curiosities regarding the biggest animal in the world is that it feeds on one of the smallest organisms: krill. Although it’s known as the blue whale, it can be other colors, such as grey. It has the ability to vocalize underwater, swims great distances during the year, and has one calf at a time.

Its scientific name is Balaenoptera physalus and it’s also called “finback whale” or “common rorqual”. Although it’s a bit smaller than the blue whale, it measures no less than 90 ft (27 meters) and weighs up to 70 tons. It’s dark gray on top and has a paler underside. It doesn’t only feed on krill, but also on small crustaceans, squid, and fish. This is an endangered species due to indiscriminate hunting.

Scientists still don’t agree whether there are more than one species of squid in the animal world (some experts say that there are eight different species). This animal that dwells in the ocean depths can reach 59 feet (18 meters) in length and weigh 606 pounds (275 kilos). However, on average, it measures 30 feet (14 meters) long, and is still one of the biggest animals in the world.

The size of sharks is really amazing, no matter the species. Of all of them, the largest is the “whale” shark, or Rhincodon typus, which lives in tropical areas (warm seas). Just like the cetacean its name comes from, this huge fish feeds on krill, as well as algae, phytoplankton, and shellfish. The whale shark is a filter feeder.

Its scientific name is Carcharodon carcharis and, just like its relative, it inhabits warm waters but also can be found in temperate seas. It causes panic on beaches and is the largest predator that exists. It can measure up to 20 feet (6 meters) and weigh 2 tons. Unlike most animal species, the females are larger than males. 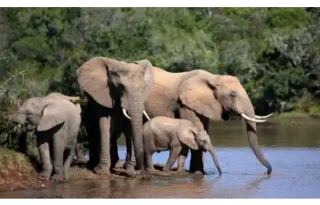 Leaving marine animals aside, the elephant is the largest land animal. and lives in packs. It’s 22 feet (7 meters) long and 11 feet (3.5 meters) high and weighs approximately 6 tons. Elephants eat about 440 pounds (200 kilos) of food per day (mostly leaves)! Its long trunk allows it to reach treetops. The brain of this mammal weighs 11 pounds (5 kilos), which is why these animals have a good memory.

This is one of the largest land animals, mostly because of its height: 19 feet (6 meters) (most of the body is formed by its large neck). It can weigh between 1653 pounds (750 kilos) and 1.5 tons. Its brown spots allow this animal to blend in with the ecosystem. The tongue is dark in color and can measure nearly 3 feet (1 meter) long; it uses it to pull leaves from trees.

With a weight of 440 pounds (200 kg) and a length of nearly 26 feet (8 meters), the anaconda occupies the eight spot on the biggest animals in the world list. This giant snake inhabits the rivers of Venezuela, Colombia, Peru, and Brazil, more precisely in the Amazon. It feeds on birds, tapirs, alligators, and even deer.

This large reptile that inhabits marshy areas can measure up to 26 feet (8 meters) and weigh up to 1.5 tons. While it’s not very agile on the ground, it’s really fast in the water. In addition, it can spend hours completely immersed in water with only its eyes sticking out to observe and closely monitor their prey. It can eat from small animals to deer or horses.

The polar bear weighs about half a ton and measures 9 feet (3 meters). It’s a carnivore that eats fish, seals, arctic foxes, and walruses. The polar bear hibernates during the winter and is a keen swimmer. Due to climate change and rising temperatures in the poles, it’s classified as a vulnerable species.

4 Common Things You Do Often That Are Harming Your Kidney