3 creatures that lived long before Dinosaurs.

By DogaraHL (self media writer) | 2 years ago

Today Earth is home to the heaviest animal that has ever lived: the blue whale . As far as we know, no past animal has ever weighed more. But some have been longer. 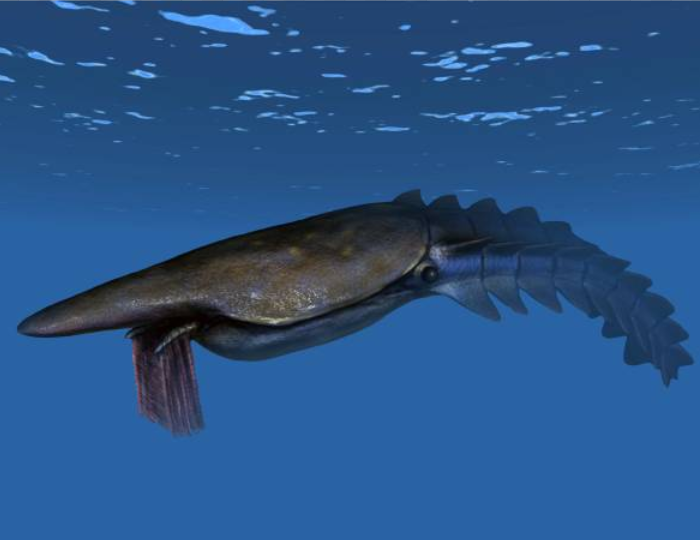 Reaching 2m (6ft 6 ins) long, it lived around 480 million years ago and belonged to an extinct family of marine animals called the anomalocaridids.

The alien-looking creature had net-like sieves, attached to appendages on its head, that it used to filter plankton from sea water to eat. It lived at a time when plankton were becoming more diverse, allowing it to take up a different lifestyle to most anomalocaridids, which were sharp-teethed predators. Jaekelopterus rhenaniae is an arachnophobe's ultimate nightmare. At 2.5m long, this giant 'sea scorpion' has a claim to the title of largest arthropod ever to have lived.

Its common name is misleading. They weren't true scorpions, and probably scuttled about in lakes and rivers rather than the ocean. J. rhenaniae lived about 390 million years ago and spent its time chopping up fish. Also in contention for the largest arthropod in history were the Arthropleura, a genus of millipedes up to 2.6m long.

They lived between 340 and 280 million years ago, and may also have benefitted from higher levels of oxygen in the air.

No-one has discovered a complete fossil. Partial remains 90cm (3ft) long were uncovered in south-west Germany, and trackways attributed to them have been found in Scotland, the US and Canada. It seems Arthropleura bodies were made up of around 30 jointed segments covered by side plates and a central plate.

Content created and supplied by: DogaraHL (via Opera News )