Taxonomy Of Dogs: How similar are dogs to wolves?

Dogs for a long time have been part of our lives either as pets, guardians, or working dogs. Knowing more about them, their personalities, and above all, the role they play in nature helps us understand them better and live with them in harmony. Would like you like to know more about the taxonomy of dogs? 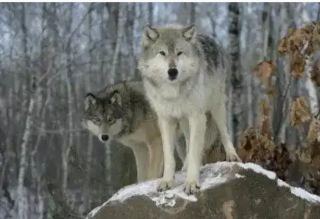 Commonly called “the science of classification” taxonomy is responsible for classifying different organisms by groups through families, branches, and breeds. Animals are distributed into seven classes: kingdom, phylum, class, order, family, genus, and species. From these main groups, there are also subdivisions, such as subphylum or subclass.

However, this science covers a large field, so it’s difficult to determine the specific category of a species. It’s possible that there are several different organisms that belong to the same kingdom but vary elsewhere. It’s important to consider factors such as their traits and development.

A species is considered to be a group of organisms that may genetically differ, but they are able to reproduce.

Taxonomy is also responsible for discussing the International Codes of Nomenclature, whether zoology, botany, or bacteria. Therefore, these codes are responsible for defining the taxonomic system. They work to create the names and classify organisms in each class. The decisions made by this group are held above all other classifications, which enables stability in the nomenclature. 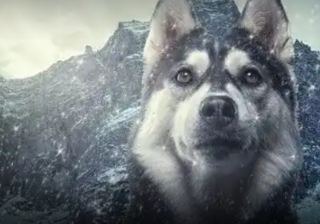 What is the taxonomy of dogs?

While all living beings have their taxonomy, a lot of people are particularly interested in the taxonomy of dogs.

Phylum- Chordata. Have a backbone.

Subphylum- Vertebrata. Animals with a spine.

Class- Mammalia. Mammals stand out for having mammary glands, hair, and jaws.

Subclass- Theria. The embryo forms inside the mother’s womb.

Infraclass- Placentalia. The young remain inside the mother’s womb for a long time.

Suborder- Caniformia. This group includes mammals with the shape of a dog.

It’s worth noticing that the taxonomy of dogs and of wolves are practically identical. This demonstrates how certain it is to say that dogs descended from wolves. There are no differences in their origin and features.

Soon, Linnaeus began making expeditions to classify plants, animals, and minerals. He also wrote several books that discussed this subject in detail. Although at first Linnaeus chose to classify the species according to the reproductive system, he soon realized that this was too generalized.

Therefore,  he created a system of binomial nomenclature that first classified the species by gender and then by name. Then, he grouped them into families, classes, and then kingdoms. Subdivisions then came later. However, this was no easy task.

Well-recognized for his work, Linnaeus was later renowned among his peers. German writer Goethe said of him, “With the exception of Shakespear and Spinoza, I know no one among the no longer living who has influenced me more strongly!”

Thanks to this great man, we now have the taxonomy of all living beings, including dogs.