By Excellence_01 (self media writer) | 2 years ago 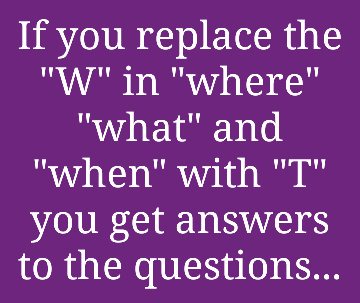 In the average lifetime, a person will breath in about 44 pounds of dust.

Coca-Cola was the first soft drink to be consumed in outer space.

It is illegal NOT to smile in Pocatello, Idaho!

The Earth gets heavier each day by tons, as meteoric dust settles on it.

A rat can go without water longer than a camel can.

To find out if a watermelon is ripe, knock it, and if it sounds hollow then it is ripe.

Grapes explode when you put them in the microwave.

A broken clock is always right twice a day.

A group of kangaroos is called a mob.

Contrary to popular belief, lightning travels from the ground upwards not from the sky downwards.

Rats multiply so quickly that in 18 months, two rats could have over a million descendants.

Your skeleton keeps growing until you are about 35, then you start to shrink.

It is estimated that millions of trees in the world are accidentally planted by squirrels who bury nuts and then forget where they hid them!

Avocados have more protein than any other fruit.

25% of your bones are located in your feet.

The tongue is the strongest muscle in the human body.

Vultures fly without flapping their wings.

The most popular first name in the world is Muhammad!

A single cup of gasoline, when ignited, has the same explosive power as five sticks of dynamite.

When a giraffe's baby is born it falls from a height of six feet, normally without being hurt.

It is illegal to be a prostitute in Siena, Italy, if your name is Mary.

If you are bitten by a poisonous snake, and fail to receive medical attention, you still have a 50% chance of survival.

The heart of a mouse beats 650 times per minute!

Sheep can recognize other sheep from pictures!

One quarter of the human brain is used to control the eyes.

Pain travels through the body at 350 feet per second!

The penguin is the only bird who can swim, but not fly!

Q is the only letter in the alphabet that does not appear in the name of any of the United States!

To escape the grip of a crocodile's jaws, push your thumbs into its eyeballs. It will let you go instantly.

A giraffe can clean its ears with its 21-inch tongue!

In ten minutes, a hurricane releases more energy than all the world's nuclear weapons combined!

Food can only be tasted if it is mixed with saliva.

Unlike dogs, pigs, and some other mammals, humans cannot taste water. They taste only the chemicals and impurities in the water.

It is possible for a scorpion to sting itself to death as they are not immune to their own poison!

If you yelled for 8 years, 7 months and 6 days, you would have produced enough sound energy to heat one cup of coffee.

The opposite sides of a dice cube always add up to seven!

The energy of a discharge of an electric eel could start 50 cars.

A kangaroo cannot jump if its tail is off the ground.

Content created and supplied by: Excellence_01 (via Opera News )