By Pwncessa (self media writer) | 2 years ago

Motherly instincts or maternal instincts refers to the bond or connection a mother feels with her child or children in respect to their overall health, all mammalian females have maternal responses or instincts and it is often relied on to ensure the safety and security of the child.

Motherly instincts also refers to the deeper intuition or sixth sense that most mammalian females possess concerning the welfare of their offsprings and this instincts often drives the mother to respond to her child's needs, this causes the mother to protect and provide for her children at any cost.

Top ten females that responds to the needs of their children and possesses motherly instincts in the animal kingdom are: Gorillas share a deep maternal bond with their offsprings when they are born, their offsprings which are known as infants ride on their mothers back for nine months till they are able to walk. Mother gorillas are extremely protective of their young ones and can sense when their infants are in danger, many mother gorillas have given up their lives trying to protect their young ones from poachers. The Orangutan mother to infant relationship is one of the most intense and intimate ones among animals, they feed together, sleep together and are in constant contact with eachother, their infants are totally dependent on them when they're young, they breastfeed them for five to seven years and they carry them everywhere, even after the infants are grown and leave their home, they'll always come back for visits unlike other animals. 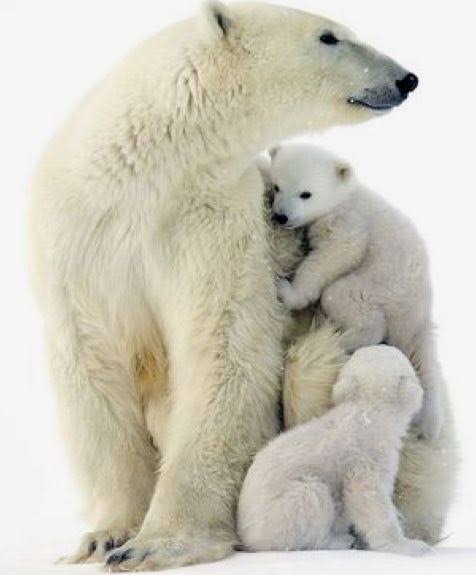 Polar bears are also extremely affectionate and protective towards their cubs which are mostly twins, a mother polar bear makes lots of sacrifices for her young ones, first she has to gain wait once she conceives to prevent her body from reabsorbing the already growing foetus, then she doesn't eat for a few months while she goes into hibernation just before giving birth to her cubs.

After she delivers, she keeps her cubs near, protects them and teaches them how to survive and provide for themselves for about three years before they are fully grown. Giraffes are incredibly moms with exquisite motherly instincts, after a pregnancy of about 15months, they deliver a six-foot baby weighing about 100 to 150 pounds, in less than half an hour they teach their young ones to stand and walk properly.

Giraffe moms often hide their calves or leave them with other giraffe moms who are called creche and are like baby sitters while they go to look for food for their calves, after feeding their calves they act as guards protecting them and hardly sleeps even at night, they get an average of 30 minutes sleep a day. 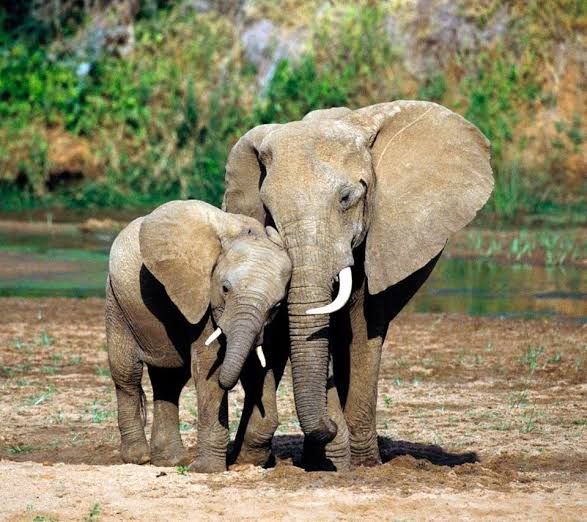 Cheetahs are extremely diligent moms, having to raise two to eight cubs at a time and on their own, in addition to feeding them and teaching them hunting and survival skills, she must also protect her cubs from predators like hyenas and lions, to do this she must move them to new locations every few days to prevent build up of smell that predators can attack.

The cubs are breastfed for about eight months and practice hunting for about ten months then they form a siblings pack for another six months. Cheetah moms are also known to adopt orphan cubs and raise them as one of their own. After laying her eggs, this caring mom leaves the eggs with her mate who protects it and then she travels for up to fifty miles to the ocean and then fishes, she then returns back to her eggs and keep them warm using her brood pouch, once the chicks are hatched, she regurgitates the fish she'd eaten and feeds her nestlings then she keeps them safe till they can go on their own way. Crocodiles may be ferocious to other creatures but they are extremely sensitive towards their hatchlings, they possess superb maternal instincts that they construct nests for their eggs once they are laid and they watch over them for three months, once they are hatched the mother carries them in her powerful jaws until she finds suitable waters, once in the water, she begins to nurse her offsprings and protect them, crocodiles are said to be extremely ferocious during this period and especially if they believe that their hatchlings are endangered. Elephant seals are super cuddly moms who know the meaning of sacrifice, they do not eat for about a month while nursing their juveniles on land, these juveniles are extremely attached to their moms that they can recognise them just from their sounds, elephant seal moms are so maternal that they even adopt orphan juveniles. Hippopotamuses are another ferocious animals that are extremely sensitive towards their offsprings, she nurses and cares for her calves for eighteen whole months, hippos are so maternal that they can also help out other species offsprings when they are in danger.

Which of these animals maternal sacrifices do you appreciate the most? Leave a comment below 👇

Content created and supplied by: Pwncessa (via Opera News )