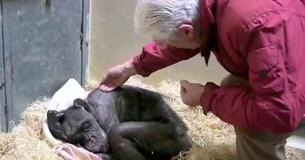 Chimpanzees are intelligent animals who resemble humans in a lot of ways and there can even be bonds between chimps and humans.

Scroll down to watch how this emotional reunion between this animal and its former caretaker shows an unusual but important friendship. 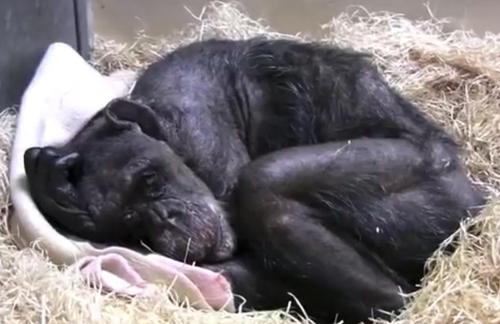 Chimpanzees are a lot like people. We recognize that they are both smart and emotionally intelligent.

A chimpanzee can make and use tools, learn languages, and communicate with signs and symbols. All of these qualities endear them to humans. 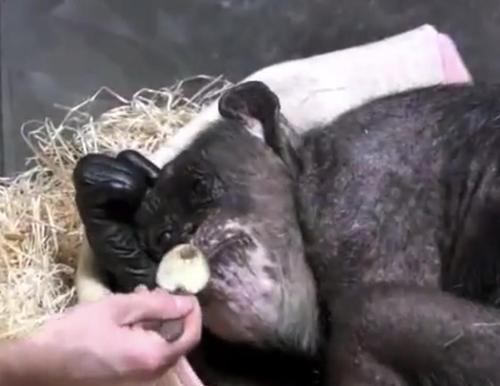 Chimpanzees also have self-awareness. They realize where they belong within a group. They also seem to recognize when they are dying and when their time is coming to an end. 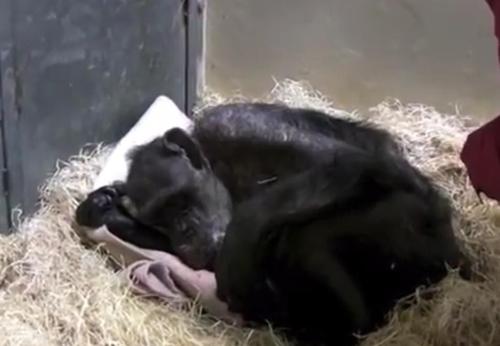 At the Royal Burgers' Zoo in Arnhem, Netherlands, a 59-year-old chimpanzee called Mama was dying, reports the Daily Mail.

She had refused the food and water given to her by the zookeepers. She would not move. The keepers were certain that she would die soon.

As a last-ditch effort, they called one of her former caretakers, Professor Van Hooff. He did not hesitate to make the drive to the zoo.

The zoo's staff took him to her enclosure. She did not move at first. Once Professor Van Hooff started to speak, Mama began to rouse herself. 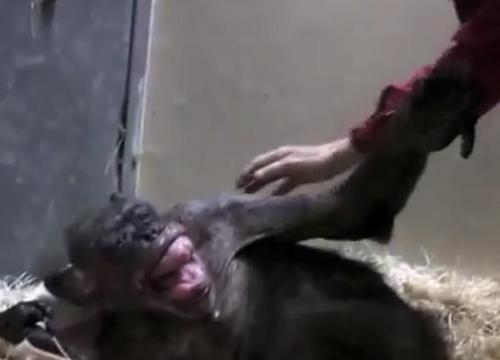 Mama remembered her friend's voice. She vocalized back to him. Although Mama had lost all of her teeth, she gave her friend a lot of big smiles.

Mama could not get all the way up, but she extended one of her long, thin arms to hug her friend. She patted her friend's back and shoulder and touched his hair.

Professor Van Hooff stroked Mama's arm and patted her head as he talked to her. She continued to make vocalizations as if they were having a conversation.

He even got her to take a small nibble of food, which the zookeepers had been unable to do. 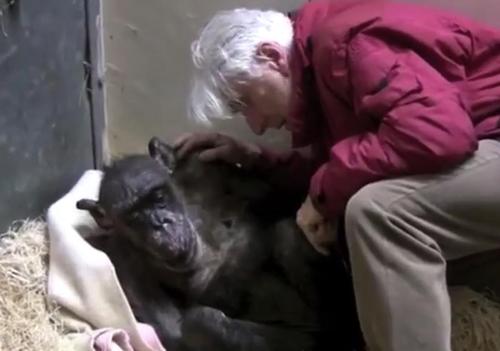 Professor Van Hooff and the zookeepers were overcome with emotion. This interaction is a clear demonstration that chimpanzees feel a sense of love, friendship, and devotion to those who have been kind to them.

After all those years apart, Mama remembered her friend. Mama died just one week after the visit from Professor Van Hooff.

The zookeepers were happy that she got to have a sort of goodbye with her former caregiver. Watch the emotional reunion in the video below:

What do you think about this touching story? Did you ever have an important emotional bond with an animal you loved?

Let us know your thoughts in the comments below and make sure to spread this video among your friends!