How cats came to be associated with witchcraft

By Jerrybenjamin_01 (self media writer) | 2 years ago 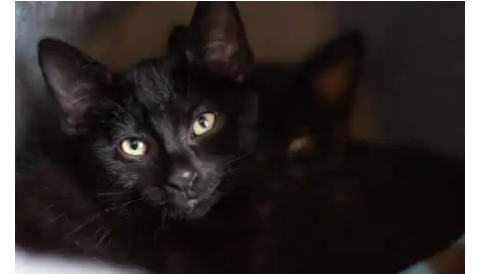 Cats, are arguably the second most popular pet in the world, they are valued by humans for companionship and their ability to hunt rodents. Cats were first domesticated in the Near East around 7500BC.Today cats are arguably the most loved animal's on the internet, with countless memes, videos, and Images of them. In this article we will be looking at how they came to be associated with witchcraft.

In the 12th and 13th centuries, a wave of concern over the presence of witchcraft emerged. Cats came to be seen as symbol of witchcraft, and even as the embodiment of Satan.

But how did the cat come to be so strongly associated with the devil worship ? According to history, in the early 13th century, popes began to be concerned about the presence of witches in the Christian society. In 1209 Pope Innocent III preached a crusade against the Cathars of southern France, which caused violence and religious persecution. But the cathars were not the only group who were seen as devil worshipers.

In the early 1230s, a new Pope named Gregory IX, appointed Conrad of Marburg, to investigate claims that groups of witches were organizing satanic rituals. He took his duties seriously and after the investigations he reported back to Pope Gregory.

According to the confessions extracted from the witches after series of torture, new members to the cult were expected to kiss the back of a toad before paying homage to a black cat, in which they also kiss. At the end of the ritual, a strange half-man, half-cat appeared, which was taken to be devil himself.

The Egyptiang goddess Bast was also represented by a cat, likewise the Greek goddess of the underworld Hecate.

That was how cats came to be associated with witchcraft, and those beliefs still exist till date especially in our African rural Areas, in which if a cry of a cat is been heard in the late hours of the night it is being considered as a witch.