Fish with a human face creeps people out after being spotted in a lake in China.

By Godswill1 (self media writer) | 2 years ago

The fish was filmed in a lake by a visitor to a village outside the city of Kunming in the south of China.

Footage shows the animal poking its head just above the surface of the water at lake's edge. 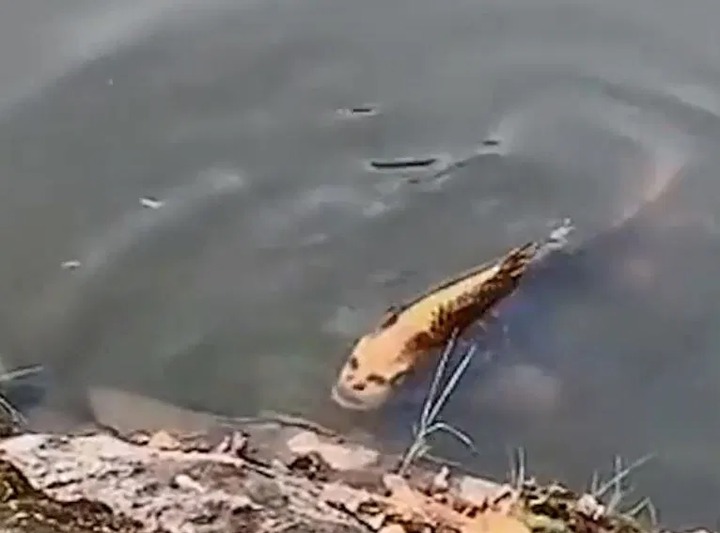 on it's face can be seen two black dots resembling eyes, two vertical strips Resembling the sides of a nose, and a horizontal line resembling a mouth. 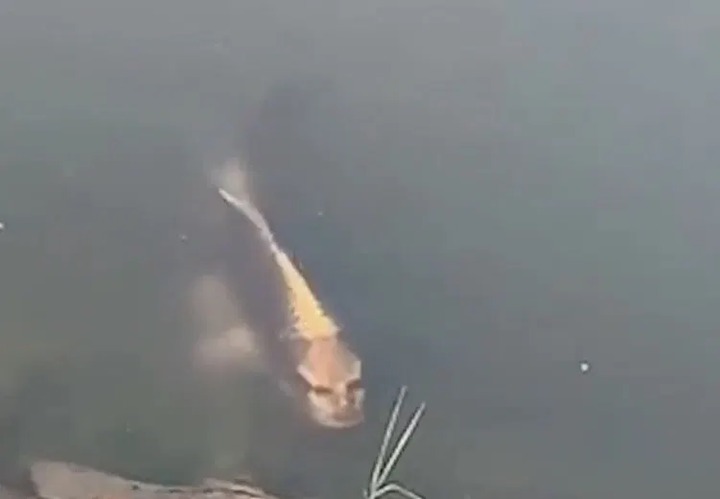 users of weibo, China's version of Twitter have been left amazed by the clip. "This is scary" wrote one,"who dates to eat it? Asked another.

In 2016, another carp with a "human face" caused a stir after been captured in wugang city in the Hunan province in central China.

The fish was caught by primary school teacher Qiu Xiaohua, who said he had never seen anything like it in 20 years of fishing.

He had been planning to eat the fish but instead opted to keep it in his home.

Chinese collectors in particular are known to pay money for unique and rare animals and plants.

What do you have to say about this? China really has Mysterious creatures.

Content created and supplied by: Godswill1 (via Opera News )